Are Trump Haters In Congress Deliberately Trying To Starve Americans To Death? 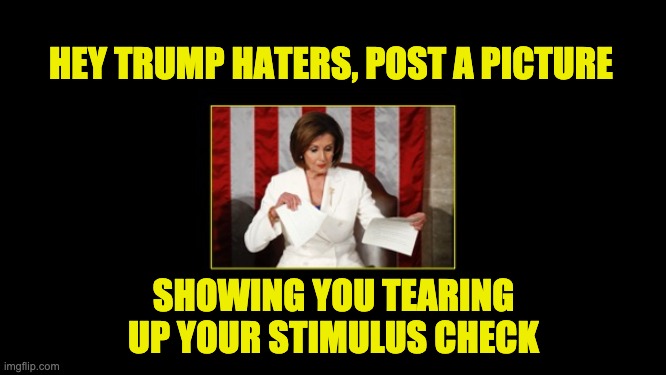 The people impeaching President Trump are apparently trying to kill us by starvation and poverty. Democrats and Republican Trump-haters spent eight months working on how to starve us to death. Finally, this month (January 2021), they decided just how to do it by locking us down, shutting our businesses, and causing massive unemployment.

Finally, they decided to send — after eight months waiting (thank you, Pelosi) — each of us a Corona Virus Pandemic impact survival check, yes for eight months… in the amount of $600.

It becomes clear how much the Democrats and Republican anti-Trumpers (McConnell, Lisa Murkowski, Mitt Romney, Liz Chaney, and others) hate us when we look at the average payments to citizens in other countries to help them weather the pandemic:

Can anyone live on that? Can any family survive on that as pandemic impact help?  If they’re not willing to give Americans the help they so desperately need and deserve, then they should reopen the economy and let American entrepreneurs do what they do best.

Trump vetoed this horrific slap in the face to Americans and said he wants more for Americans. No money for foreign aid and $2,000 per person. A family would receive $4,000.

Trump was stopped by Democrats and Republican betrayers of the nation. Specifically, the fourteen betrayers:

Republicans in the House who voted to impeach the president:

They hate us and want us purged from the Republican Party. Let it be them who are purged.

Democrats and the Republican traitors who jumped ship and impeaching the president hate 80 million Republicans and our children.

It’s getting to the point many ask, what will we do about it to save our family’s lives?

Remember the words of the brave War of Independence pamphleteer Thomas Paine:

“These are the times that try men’s souls.

The summer soldier and the sunshine patriot will, in this crisis, shrink from the service of their country;

but he that stands by it now, deserves the love and thanks of man and woman.

Tyranny, like hell, is not easily conquered; yet we have this consolation with us, that the harder the conflict, the more glorious the triumph.”

Be ready in the never-ending fight for Liberty. Let the Light of Glory shine on you.