Trump Gave Out Much More Than Play Doh In Louisiana 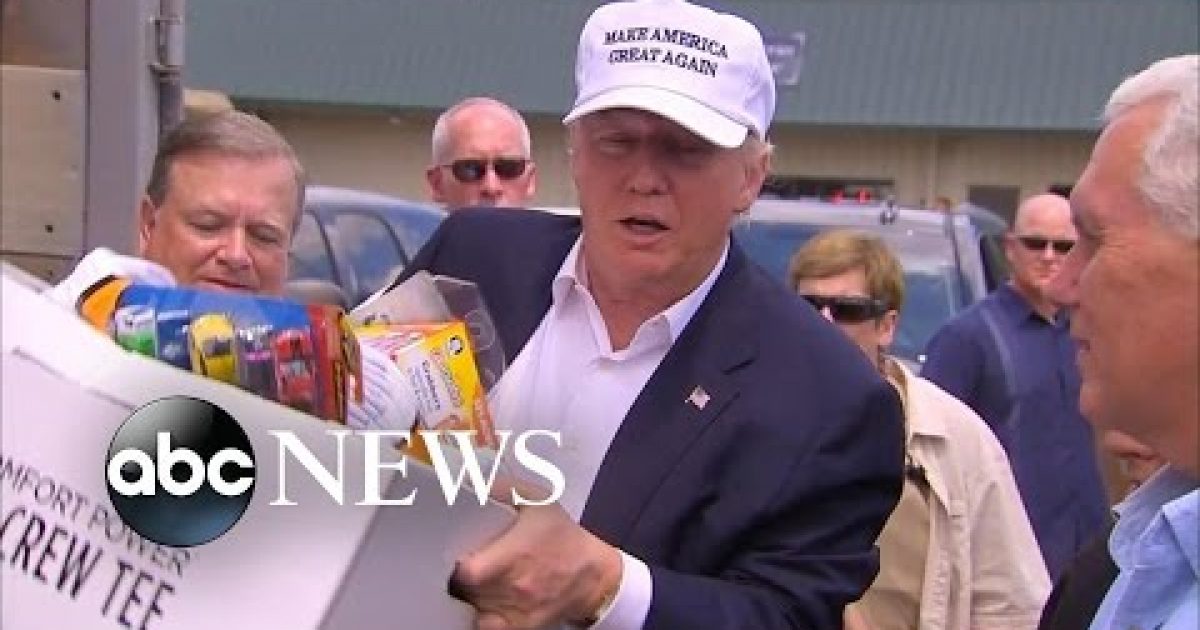 While trolling around twitter on Sunday evening, I noticed Samuel L. Jackson criticizing Donald Trump for passing out Play Doh:

Trump & Pence in La, passing out much needed supplies to victims of Flood. Where would Play Doh be on the list?! pic.twitter.com/E094tLuzIJ

Jackson was one of many on twitter beating up on Trump for handing out Play Doh.

Now I would normally be the last person to argue with the former head of S.H.I.E.L.D, and narrator of the children’s book “Go The F**k To Sleep” but just in case he was bitten by one of those snakes on that plane, I decided to check out the charge Monday morning just to double check.

As reported by Snopes:  “a[n ABC News] video of Trump helping to unload a truck clearly shows that he donated much more than Play-Doh (first video below). Play-Doh, diapers, baby formula, various toys, cleaning supplies and socks can be seen” in the video.

A CNN report (second video) added to the list saying the 18-wheeler Trump donated also had blankets and school supplies:

Trump spent approximately 20-25 minutes inside the command center and asked a lot of questions, according to [St. Amant Fire Chief James E.] LeBlanc. He also donated a 18-wheeler full of supplies and expressed concern for residents, damage to homes, how much water was in the area and if any assistance had been given by the federal government.

Not mentioned by Mr. Jackson but by others on Twitter was the mistaken reports that the Governor of Louisiana John Bel Edwards told Trump not to come, but as Governor Edwards told CNN the “don’t come” story was wrong. As a matter of fact Trump’s visit was very helpful.

Therefore the video evidence shows Mr. Jackson’s tweet was very wrong. Allow me to suggest that before he tweets again he ask himself this question, “What’s in YOUR news reader?”