Should Pres.Trump Read The FBI/FISA Memo At The State Of The Union Address? 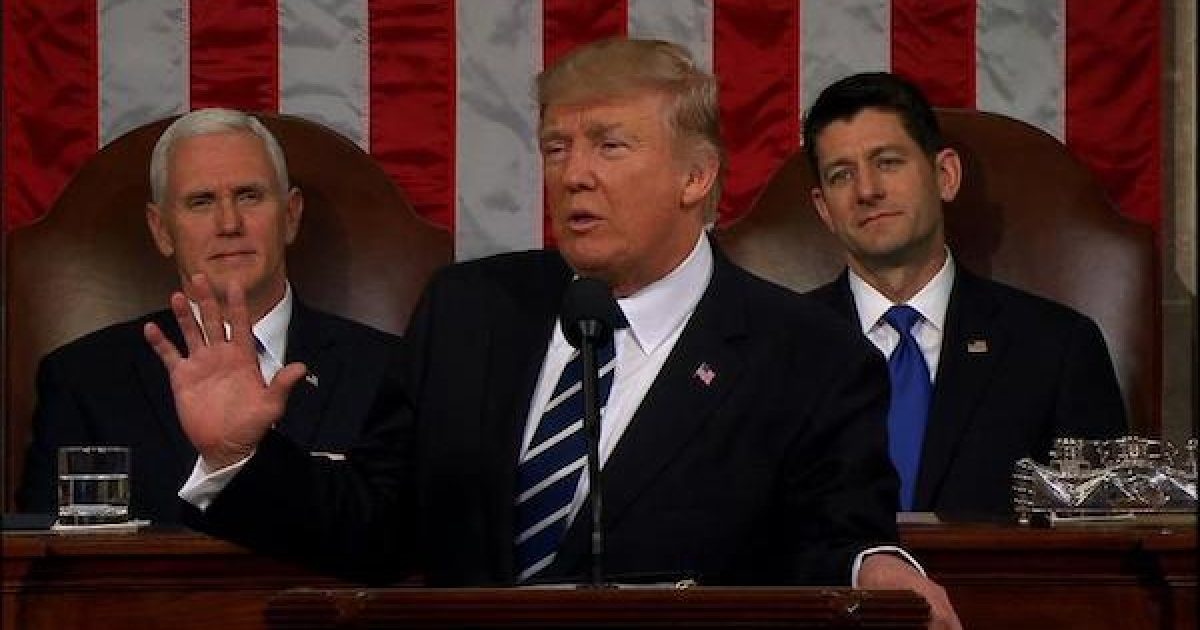 Thomas Madison, a regular Liberty Unyielding contributor, observed yesterday that the calls for President Trump to read the FBI/FISA memo are growing, as the SOTU nears.  (It’s coming Tuesday 30 January, at 9 PM Eastern)

Madison enunciates the case that is on many minds:

Though unorthodox, the idea has its merits. For one thing, it is becoming increasingly less likely that the American people will learn the contents of the document any other way, now that the Democrats and their water carriers in the mainstream media have initiated an all-out campaign to distort it.

Considering that Republicans have called the memo “Watergate on steroids,” while Democrats have countered that it is much ado about nothing, we, the people, have a right to know for ourselves which it is.

So why do I say Trump shouldn’t read it?

Short answer: because what’s in that memo is not the state of the Union.

But there are a couple of things to say about that – and one other very important reason why Trump shouldn’t read the memo out on Tuesday.

The state of the Union

The state of the Union today — the condition of America — is way better than an account of perfidy from the past.  And as president, Trump is responsible for more than ensuring that there are reckonings about the past.  He’s responsible for something much, much bigger and more important: leading his nation into the future.

This was long a chief beef of mine with Obama.  He was all about the past.  His philosophical and ideological meter was stuck on 1968.  He’d probably remind us with a chuckle that he was only 7 years old then.  But he might as well have been Bill Ayers’ age in 1968 because Obama has lived his entire adult life as if the radicalism of ’68 is his touchstone.

That radicalism could never acknowledge or accept that time has marched on and much has changed.  Indeed, the Generation of 1968 has spent the last 50 years insisting against all evidence that everything – all class and race and sex divisions, all economic and social and political conditions – has remained unchanged.

The Generation of ’68’s mantra is that there is an accelerating cataclysm stalking us, because, in spite of a vast, self-evident transformation of human society, in ways both good and bad, and trillions spent by every level of government around the world to address them, the divisions and conditions of 1968 have supposedly been going unaddressed.

We spent eight years becoming so accustomed to past-talk that it came to seem normal to us, and no one could see a way out.  There had to be a way to make a point in public, talk about something, even if it was just advertising blood-thinning drugs or motor vehicles, without framing it first as a set of increasingly ridiculous pieties about the past.   Our spirits told us that.  But who could find a way to?

Trump needs to show us the way.  The FBI/FISA memo is important, but its relevance for our future sits in a niche and is not at the forefront.  Reckoning with the past is necessary – it lays a foundation of truth – but it is not a building tool.  If we forget that for a short time, without harm to our future, it can only be because our most important leaders remember it for us.

Trump’s first SOTU should be about hope and a future.  It should be about how his policies of reducing regulation, reforming the tax code, respecting our rights, protecting our national security and sovereignty, and letting the American people be great are unleashing us to move forward, instead of being immobilized and trapped in ideological amber.

The SOTU is a rare opportunity to articulate these things memorably, and on his terms, without the distorting filter of shade from the media.  In the SOTU, Trump speaks directly to the people, as our head of state as well as head of government.  He can go longer than a tweet on Tuesday night.  He can tell his story, and what he sees as ours, in his words without interference from the mainstream media.

Trump’s instinct is always to go for simplicity; he can get a lot said in a relatively short SOTU.  But it needs to reflect the highest priority, which as each new day dawns is not America’s past, but her future.

A Congress trying to rebound

I think Trump sees that, although that’s a deductive conclusion rather than something based on a quote from him.

Back when the House Republicans managed to pass an admittedly imperfect version of an Obamacare repeal bill, in May 2017, Trump hosted them for a high-five celebration, almost like a proud coach celebrating with his team.  The moment was so significant because it was the first time in decades that a House majority had actually done its own job: crafted and passed a policy bill that wasn’t packaged for it by the bribe-bearing lobbying-and-legislation industry.

There is still a process of restoration and growth needed to get Congress back to the robust branch of government it’s supposed to be.  This is a Congress that has been unable to pass a budget for years at a time.  Americans have gotten so used to that, many have forgotten that it’s Congress’ number one job.  Assembling a budget is how Congress comments on and affects policy.  Stringing along from one continuing resolution to the next is the premier way of taking out Congress’ policy teeth – and we spent virtually all of the Obama administration in exactly that condition.

Congress needs to get its mojo back.  The House is where it has to start.  I believe the numerous retirements scheduled for the end of this Congress are going to be a key element of that resurgence.  But a president who lets Congress do its job is equally important.

There is potentially a job for Trump to do, regarding the memo.  The House may need his help to override obstruction from the Department of Justice.  (That obstruction should be overridden.  We are in a national crisis, and nothing takes precedence over truth for the people, not even the FBI’s legitimate institutional secrets.  Time will make today’s secrets moot, but time cannot make moot the people’s lost respect for their government, and lost belief in what it tells them.  Present it all, and let the people decide.)

We can wait a little longer for the House to get this done in its own way.  That’s the outcome we need.  It isn’t for Trump to step on the House of Representatives and do their job for them before the House even reaches an end-state in its process.  For what it’s worth, I don’t think he will.  I know that he shouldn’t.