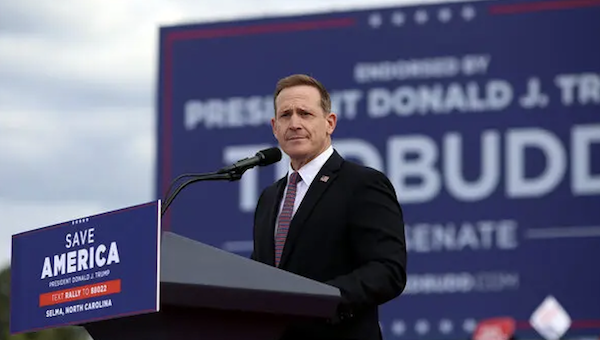 If you listen to conservative media, you often hear a line that former President Donald Trump is undefeated in his 2022 primary picks or, as Sean Hannity said Tuesday night, “like 75-1.” It’s not true, and even the kernels of truth are an exaggeration.

Most of Trump’s endorsements, especially earlier in May, came in Republican +30-type districts, or where the Republican incumbent ran unopposed. Those should be ignored since anyone reading this could have done the same.

Tuesday’s primaries across several states show more leaks and may be troublesome in the autumn.

In Pennsylvania, Trump went all in for Dr. Mehmet Oz, to the consternation of many diehard Trump supporters.

With mail-in ballots yet to be tabulated, Oz leads David McCormick by only a couple thousand votes; however, once all mail-ins are counted, McCormick — who Trump rallied against — may be the Republican nominee.

Trump record in contested May primaries: 5-3, with Oz-McCormick still pending. The fifth win, the late endorsement of Mastriano, a bit of an asterisk since it came so late.

The race for Pennsylvania governor was a victory for Trump’s candidate, though State Sen. Doug Mastriano was far ahead before Trump jumped on the bandwagon just 60 hours before Election Day.

The scorecard for Trump in high-profile races is mixed at best once you go below the surface, which sycophants on both sides rarely do.

Hopefully, Budd keeps North Carolina red, and Vance does similarly in Ohio. Still, the conspiratorial Mastriano — who Democrats spent millions promoting because they feel he’s weak — and Oz, who is not even popular among Republicans, also may lose.

An ongoing oddity is a lack of consistency. Vance was a notorious Trump hater in 2016 yet landed the endorsement; Kathy Barnette, the openly MAGA candidate, endured vicious attacks by Trump and his acolytes once she surged in the Keystone State.

The Trump mystique is winning. Yet he lost the House, Senate, and presidency in one term. His supporters expect “winning” each day, but his 2022 record is around .500, not undefeated or 75-1.

And November will feature one-on-one races, not large fields. Republicans are likely to have a good night due to the disastrous Biden administration and political history; however, high-profile races sometimes take their own path.

“Trump’s picks must work out in the fall, or he may not be trusted enough to begin his 2024 campaign a few months later,” a GOP fundraiser told me Wednesday. “Facts, not emotion, are what matter.”