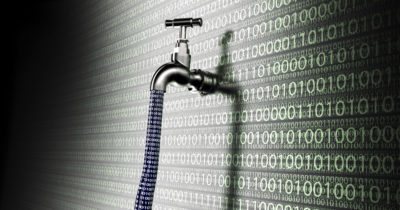 The presidency of Donald Trump will go down in history as the dawn of the era of the leak, but that doesn’t mean the President will stand by and allow it to happen.

Even before the businessman-turned-politician was elected to the highest office in the land, there was a bevy of classified information floating around the politi-sphere.  At that time, in late 2016, much of what we were seeing were internal campaign emails from the Hillary Clinton campaign, damning in nature, that paved the way for her eventual downfall at the hand of Trump.  Now, however, with The Donald lording over the Oval Office, the leaks that we are witnessing are coming from deep within the federal government; a much more dire situation than what Parkinson’s Disease medicine Huma Abedin was to research for her boss Hillary.

Luckily for America, President Donald Trump is not standing idly by on any subject, let alone on treasonous acts such as this.

“A 25-year-old federal contractor is facing charges she leaked a classified National Security Agency document to a news outlet in May.

“The charges against Reality Leigh Winner came about an hour after the publication of a story based on an NSA document detailing Russian attempts to hack American voting systems in 2016.

“President Trump has been pushing Justice to go after leakers inside the federal government, which he has identified as ‘the big story’ when it comes to Russia’s involvement in the 2016 presidential election. Winner’s arrest could signal the federal government is going to aggressively investigate and prosecute individuals who send classified intelligence to news organizations.

“Trump and other Republican allies in Washington have made pursuing leakers one of their top priorities, but Winner is the first to face charges for releasing classified intelligence.

“Winner, of Augusta, Ga., is facing charges that she removed classified material from a government facility and mailed it to a news outlet. She was arrested on Saturday and appeared on the charge Monday.”

It will still take some further investigation to get to the bottom of the intense frequency of governmental leaks in recent months, but the arrest of Winner certainly provides some hope for those us whose lives depend on the secrets of our nation to remain secret.

As the Trump presidency begins to stabilize, after fending off a number of leftist, New Fascist attacks, the halting and prevention of government secrets hitting the public world wide web will continue to be a massively important operation within our political system.