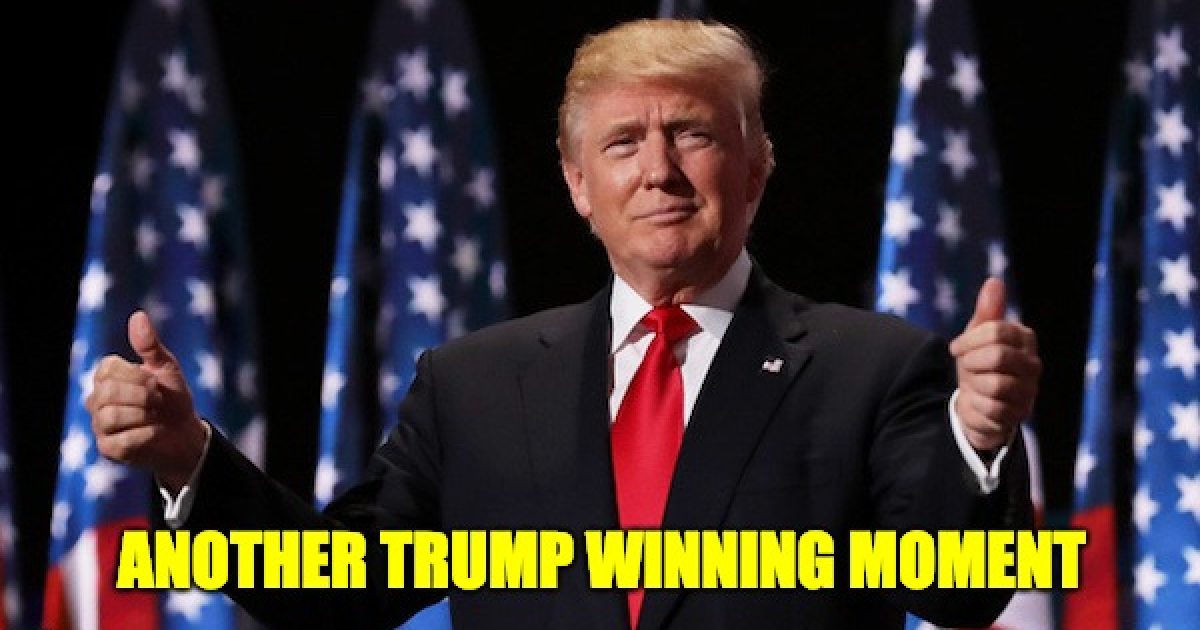 Here’s a story you won’t hear about from the mainstream media.

President Trump has ‘historic progress’ in cracking down on deportation deadbeats–countries that would refuse or delay taking back their people when deported from the U.S.

Early in his presidency, Trump issued an executive order to stop issuing visas to the worst-offending countries who wouldn’t accept their deportees back. And he followed out by warning that even broader sanctions would be close behind if they didn’t clean up their acts.

Per the Washington Times:

Sierra Leone for years had thumbed its nose at U.S. officials, slow-walking deportations so badly that it earned its way onto Homeland Security’s “recalcitrant country” naughty list. Over the last two years of the Obama administration, Sierra Leone took back just 21 deportees.

President Trump took office vowing action, and one of his first executive orders instructed his administration to stop issuing visas to the worst-offending countries. The Sierra Leone government was targeted with sanctions in August 2017, and the change came quickly, with 44 deportees sent back that year, and 79 shipped back in fiscal 2018.

While much of Mr. Trump’s immigration agenda remains tied up in the federal courts or stalemated in Congress, he has made extraordinary progress on recalcitrant countries like Sierra Leone, cutting the number of deadbeat countries from a peak of 23 in 2015 down to just nine as of last month.

The number of countries on the at-risk list, or close to recalcitrant, also has been slashed, from 62 to just 24 as of May.

Long-time deadbeats such as Cuba, China and Vietnam are taking back hundreds more people, even though they remain on the naughty list.

Guinea earned its way off the list by increasing its acceptance of deportees by more than 1,200 percent from 2016 to 2018, while Eritrea went from 13 deportees in Mr. Obama’s final year to 62 last year. Myanmar rose from three to 40.

In fact, only one country on the recalcitrant or at-risk lists did worse last year than in the final year under President Obama, according to a Washington Times analysis of Homeland Security data. The holdout, Ethiopia, accepted 37 deportees in 2016 but just 36 last year. Even it, however, did take back 46 of its deported citizens in 2017.