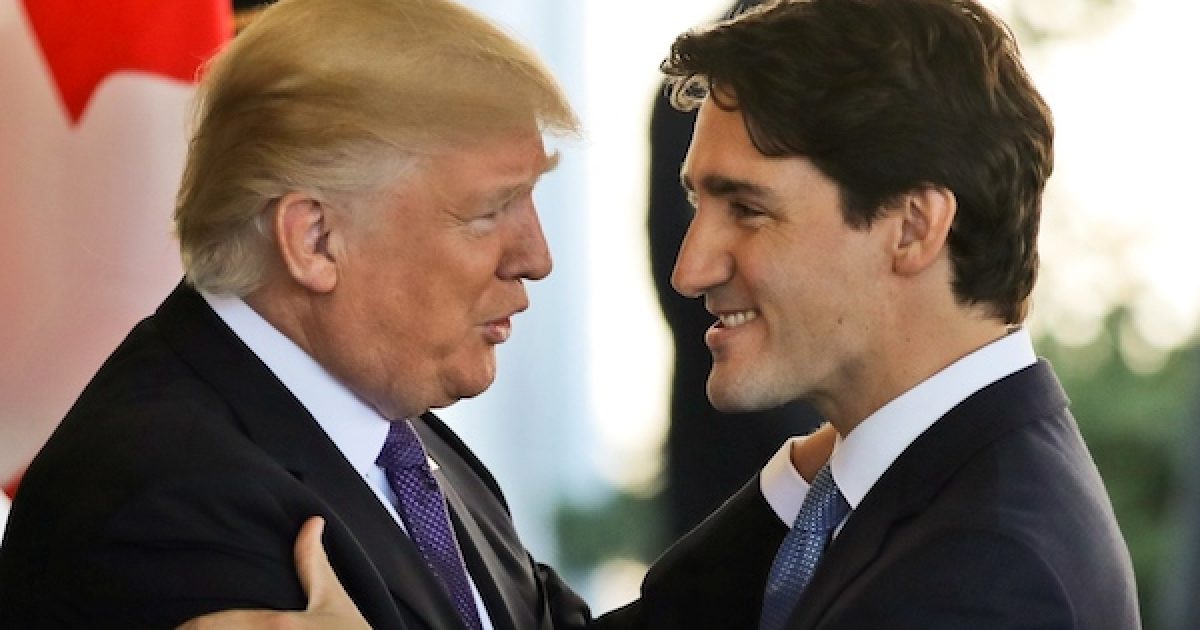 Just a few months ago the hypocritical Canadian Prime Minister, Justin Trudeau, could be heard chastising the United States and President Trump for our mean-spirited perspective on illegal immigration. Now, lo and behold, just a few short months later, we’ve learned that Mr. Trudeau is a complete and utter tool.

A new report from Reuters explains that the ‘high and mighty’ Canadian government has actually deported “hundreds of people” to countries that had been designated as “too dangerous for civilians.”

The rise in deportations coincides with a sudden (Trump driven) rise in the number of migrants streaming into Canada.

Between January 2014 and Sept. 6, 2017, Canada sent 249 people to 11 countries for which the government had suspended or deferred deportations because of dangers to civilians.

That includes 134 people to Iraq, 62 to the Democratic Republic of Congo and 43 to Afghanistan, the data shows.

“The decision to remove someone from Canada is not taken lightly,” Canada Border Services Agency spokeswoman Patrizia Giolti wrote in an email.

“Everyone ordered removed from Canada is entitled to due process before the law, and all removal orders are subject to various levels of appeal.”

The Canada Council for Refugees has said existing avenues of appeal are too limited, leaving little recourse for people facing deportation to dangerous countries.

Canada can deport anyone who is not a citizen, for reasons including criminality, exhausting attempts to obtain permanent residency and noncompliance with immigration laws.

The federal government has suspension or deferral designations for countries or regions deemed dangerous but may still deport people to them because of criminality, security risks or human rights violations.

Prime Minister Trudeau has even taken to rewriting his holier-than-thou speeches, and instead of talking about welcoming the illegals that America doesn’t want, he’s now reminding illegal immigrants that there is a legal process to enter the country that must be observed.

“Canada is an opening and welcoming society, but let me be clear. We are also a country of laws,” Trudeau said in remarks after a meeting in Montreal with Irish Prime Minister Leo Varadkar.

“Entering Canada irregularly is not an advantage,” the prime minister doubled down. “There are rigorous immigration and customs rules that will be followed. Make no mistake.”

I love when hypocrites are forced to eat their words. Hopefully, Canada’s self-created illegal immigration crisis will be just the ticket to get the Canadian people to boot Trudeau and his party out of leadership in Ottawa.