They Said The FBI Screwed Them. Who Do They Think They Are-Donald Trump? 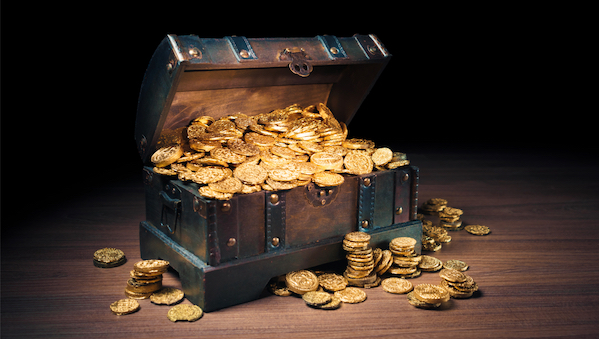 Buried treasure may very well be one of America’s most enigmatic and exciting side missions. Stories about untold, hidden riches have long fascinated the nation at large.

And, of all of the caches of potential treasure hidden out there, few are as incredibly potent as an infamous trove of Civil War gold that a father-son team of treasure hunters were hot on the trail of when the FBI took over the search.

As the government works overtime to keep their findings a secret, the gold-digging duo is starting to think they’ve been double-crossed.

A scientific analysis commissioned by the FBI shortly before agents went digging for buried treasure suggested that a massive quantity of gold could be below the surface, according to newly released government documents and photos that deepen the mystery of the 2018 excavation in remote western Pennsylvania.

The report, by a geophysicist who performed microgravity testing at the site, hinted at an underground object with a mass of up to 9 tons and a density consistent with gold. The FBI used the consultant’s work to obtain a warrant to seize the gold — if any were to be found.

The government has long claimed its dig was a bust. But a father-son pair of treasure hunters who spent years hunting for the fabled Civil War-era gold — and who led agents to the woodland site, hoping for a finder’s fee — suspect the FBI double-crossed them and made off with a cache that could be worth hundreds of millions of dollars.

The government wasn’t giving up its secrets willingly, either.

The newly revealed geophysical survey was part of a court-ordered release of government records on the FBI’s treasure hunt at Dent’s Run, about 135 miles (220 kilometers) northeast of Pittsburgh, where legend says an 1863 shipment of Union gold was either lost or stolen on its way to the U.S. Mint in Philadelphia.

The interested parties have long been locked in a strange litigious dance.

Dennis and Kem Parada, who co-own the treasure-hunting outfit Finders Keepers, successfully sued the Justice Department for the records after being stonewalled by the FBI. Finders Keepers provided the FBI records to The Associated Press. The FBI subsequently posted them on its website.

The technical survey data collected by geophysical consulting firm Enviroscan gave credence to the treasure hunters’ own extensive fieldwork at the site — and prompted the FBI to excavate in a massive, secretive operation that lasted for several frigid days in late winter of 2018.

Experts have suggested that the records released by the FBI were suspicious from the start and that without any additional corroboration, it should be inferred that the government is hiding something.

Cross -Posted  With Flag and Cross