Treas. Sec. Lew Can’t Name One Thing The IRS Has Done to Stop A “Lois Lerner 2.0” 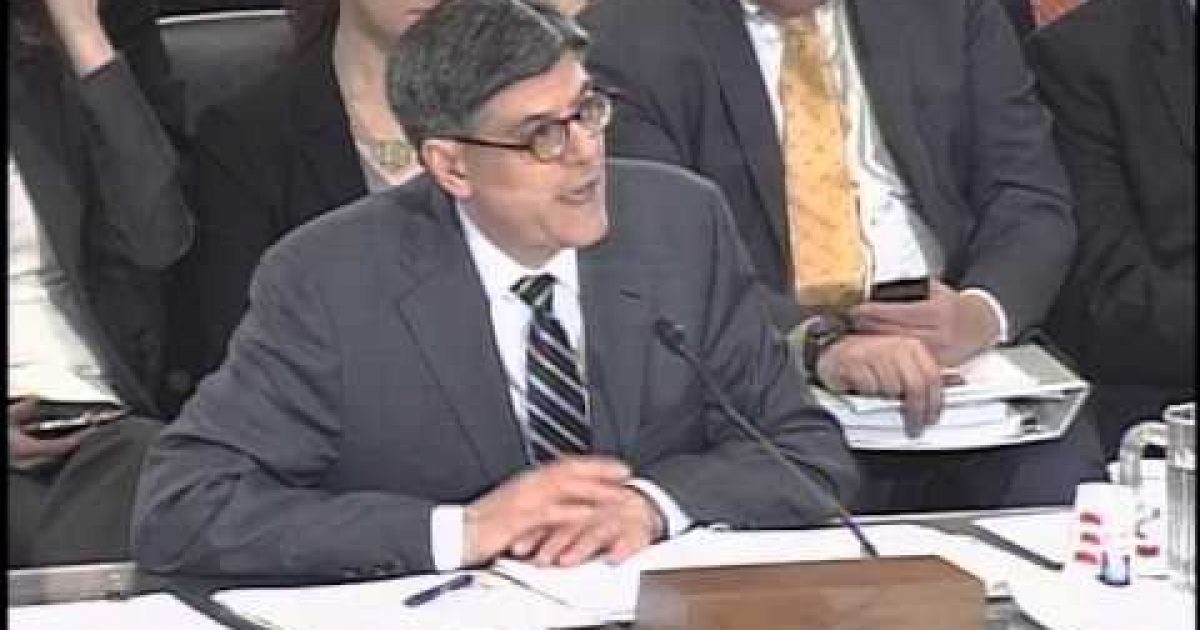 The answer was nothing, but it took a long time to get there.  Treasury Secretary Jack Lew testified before the House Ways and Means Committee when he encountered a question he wasn’t prepared to answer.

Rep. Roskam: Mr. Secretary, thanks for your time today. You’re here commenting on the President’s budget, and the agency that will collect the money to enact our next budget is the Internal Revenue Service. They are tasked with collecting over three trillion dollars, as you know. You made an argument that one of the things they need is more resources, and let’s set that aside for a moment. The other thing they need is a reputation. They need a reputation as calling balls as strikes; they need a reputation as being a fair agency. So, resources and reputation are at the foundation for any tax collection that is going to have integrity.

I thought it was interesting that in your remarks and in your written testimony [that] you didn’t talk about the reputation of the Internal Revenue Service and the damage that has happened in the past couple of years. Back in the summer of 2013, when you were asked on national television you dismissed it—that’s my word—but you were fairly dismissive in that you characterized it as a ‘phony scandal’…you wouldn’t characterize this as a ‘phony scandal,’ would you?

Here’s my question: what have you done to prevent a Lois Lerner 2.0 situation? So think about it. Lois Lerner was the person who put together a panel of three senior career employees that had to be the threshold before an audit could happen. Lois Lerner was then the person that went around that very safeguard that she structured. She said in an e-mail where she really was quite aggressive with one of her employees—and this is after two times this three person panel that said [they’re] not going to pursue it—she writes: ‘I reviewed the information and thought the allegations in the documents were really damning, so I wondered why we hadn’t done something with the org. As I’ve told you before, I don’t think your guys get it.’

When the Administration essentially comes before this Committee for years and said ‘There’s no problem.’ And then senior members of the Administration are dismissive. Don’t you understand how that is corrosive and insidious? When it’s characterized as a ‘phony scandal’ that is dismissive…there is nothing more dismissive than calling it ‘phony.’”
Watch the full video below: