It’s Not Over: Tony Bobulinski Accuses Biden Inc. Of Fraud — Brings The Receipts 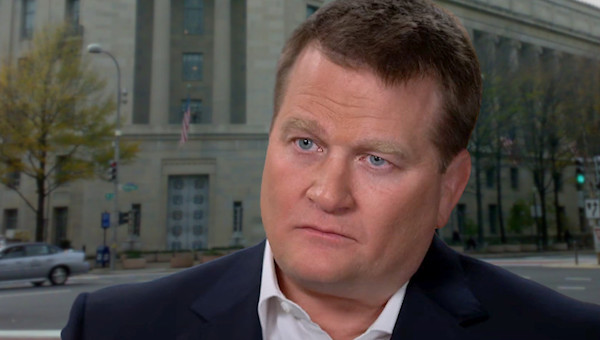 Two years after the original revelations about Hunter Biden’s computer and Tony Bobulinski confirming that Joe Biden was involved in the scam, Bobulinski is providing new evidence.

Remember Tony Bobulinski? When the NY Post reported the contents of Hunter Biden’s computer, Bobulinski was Hunter’s business partner and CEO of the entity to be called Sinohawk, Sino representing the Chinese side, Hawk, representing hunter Biden’s brother Beau’s favorite animal, he told the press and the Senate that the Biden family aggressively leveraged the Biden family name to make millions of dollars from foreign entities, even some were from communist-controlled China. Bobulinski confirmed that the future president was involved and went by the nom de plume “the Big Guy.”

That advice about glass houses is twice as relevant if you are sicking federal law enforcement on a political rival despite evidence that you’re neck-deep in corruption.

Joe Biden wants to be remembered as the FDR of the 21st Century.

At this rate, it’s even odds whether he’ll be remembered as Jimmy Carter or Richard Nixon… and after Tony Bobulinski’s interview on Tucker Carlson, a few more weights were dropped on the ‘Nixon’ side of that scale.

While it’s worth watching the entire program if you can because it is loaded with all kinds of juicy information Biden (and his allies in the DOJ) have worked VERY hard to suppress for years, the short version is that Tony B has tried working within the system, telling US law enforcement everything he knew about the Biden’s business dealings with China.

Yes, he did business with them, and he’s got, in his words, ‘hundreds of data points to back it up.

Contrary to what tinfoil hat journos hellbent on protecting Biden might tell you, he is more than happy to provide the metadata that will authenticate all of his claims. He’s got email chains, bank records, legal contracts, all of it.

And now, Tony is doing more than going public. He’s accusing Biden Inc of defrauding him of substantial sums of money.

On Tucker’s show, he presents documentary evidence of two identical company agreements (including the same typos!) with the same serial numbers on it, with the company name changed, and with an ownership change that cuts Tony out of the picture and takes Hunter from being a 20% owner of the first company to a 100% owner of the replacement company. Tony explains Hunter’s (alleged) bait-and-switch scheme here:

BREAKING: Hunter Biden's former business partner Tony Bobulinski explains how Hunter Biden committed fraud by diverting money from a Chinese company he owned 20% of to an American LLC he owned 100% of. #BidenCrimeFamily pic.twitter.com/6wqsztiMgK

Tony B spoke to his lawyer, wondering if he should bring his information to elected Republicans with government oversight or to the FBI. On his lawyer’s advice, he went to the FBI and was told they would follow up with him in the coming weeks. (This was before his 2020 Tucker interview shortly before the election.)

You’ll recognize the name of the agent ‘taking point’ on his case, Tim Thibault. ClashDaily has talked about him before. He was recently let go from the FBI (or ‘retired’) after public complaints that someone with oversight into the Trump and J6 investigations had been openly anti-Trump on social media.

Aside from that initial contact with the FBI, including a 90-minute phone call between Thibault and Tony’s lawyer before the Tucker interview, neither Tony nor his lawyer ever heard from the FBI again. Not even about answering questions about the ongoing Grand Jury investigation involving Hunter Biden.

Tucker: "How much did Hunter Biden expect to make from his business dealings with the Chinese?"

Bobulinski: "The Biden's probably thought they were going to make billions."

Tucker: "Did Hunter receive the money?"

Bobulinski: "He received over $5 million." pic.twitter.com/9EcnnisN4R

Nothing to see here, though, right?

Can he back up his claims?

He seems to believe he can. He’s willing to square off against Biden’s usual defenders in the ‘mainstream’ press and have his claims challenged in an hour-long interview like the one Tucker offers.

He can do it in an interview.

Tony Bobulinski challenges CNN's @jaketapper to bring him in for an hour-long interview. pic.twitter.com/F52WVwtt8t

Tucker reminds us of the broader context of this story. Namely, a case can be made for a direct cause-and-effect through-line between the FBI suppressing this story of alleged political corruption (e.g., pay-for-play) among the Biden family and the election result that, in hindsight, was just 21,000 votes away from flipping the other direction.

Bobulinski: "The difference between President Trump and Joe Biden was 21,000 votes. If half of those people voted for President Trump, he would still be in the White House… The FBI alone altered history in the 2020 election." pic.twitter.com/udkb7dtbxy

It takes genuine stones to say something that will piss off someone not just in any ‘high office’ but in the one’ high office’ whose unofficial title is ‘leader of the free world.

America used to be chock full of such courage.

We need to get back to cultivating it again.