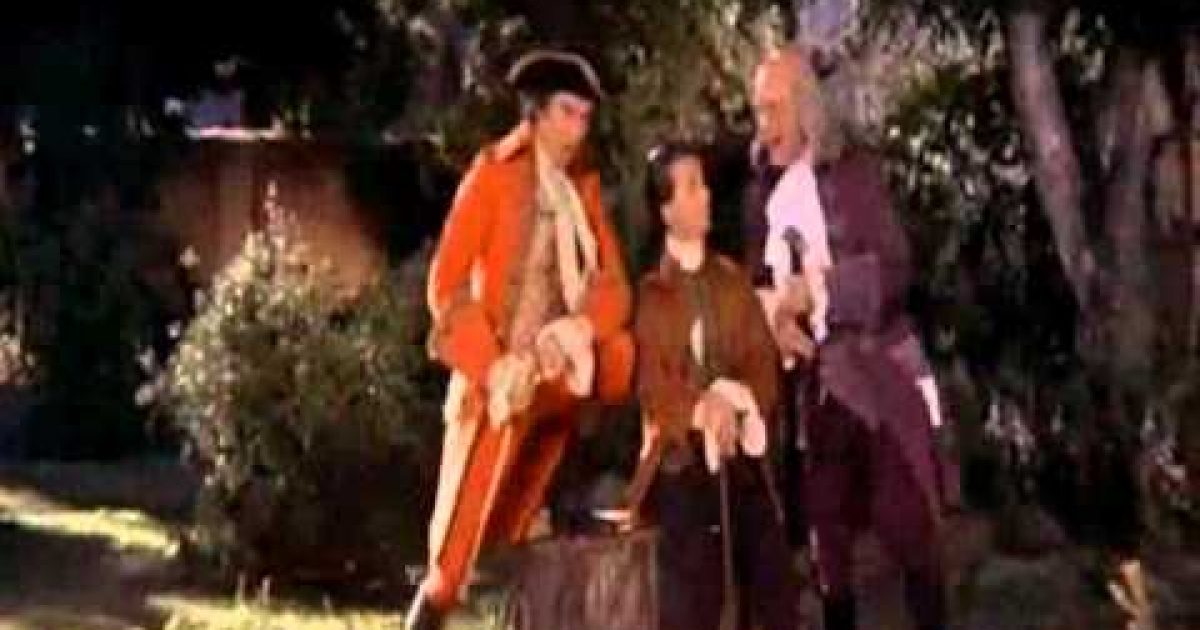 The Declaration of Independence was approved/signed on July 4th, but it was two days earlier, July 2nd that the Continental Congress Passed the Lee Resolution, declaring that we were independent from Britain. This simple resolution was a stirring call to throw off the bonds of tyranny:

On July 2, the resolution of independence was approved by twelve of the thirteen colonies. Delegates from New York still lacked instructions from the legislature to vote for independence  so they abstained. Even back then the NY State legislature was a joke.

After voting for independence on July 2, Congress turned its attention to the declaration. Over several days of debate, Congress made a number of alterations to the text, including adding the wording of Lee’s resolution of independence to the conclusion. The text of the declaration was approved by Congress on July 4 and sent off to be printed.

Life is not a musical, so Richard Henry Lee did not go of to get his instructions singing, but the truth is without the approval of the most powerful southern state Virginia, we would not have been able to declare independence 238 years ago.

Joe Biden Promises Citizenship for 11 Million Illegal Aliens in Third Presidential Debate
October 22nd, 2020 Big League Politics
Thanks for sharing!
We invite you to become a Lid insider. Sign up for our free email newsletter, and we'll make sure to keep you in the loop.
Send this to a friend