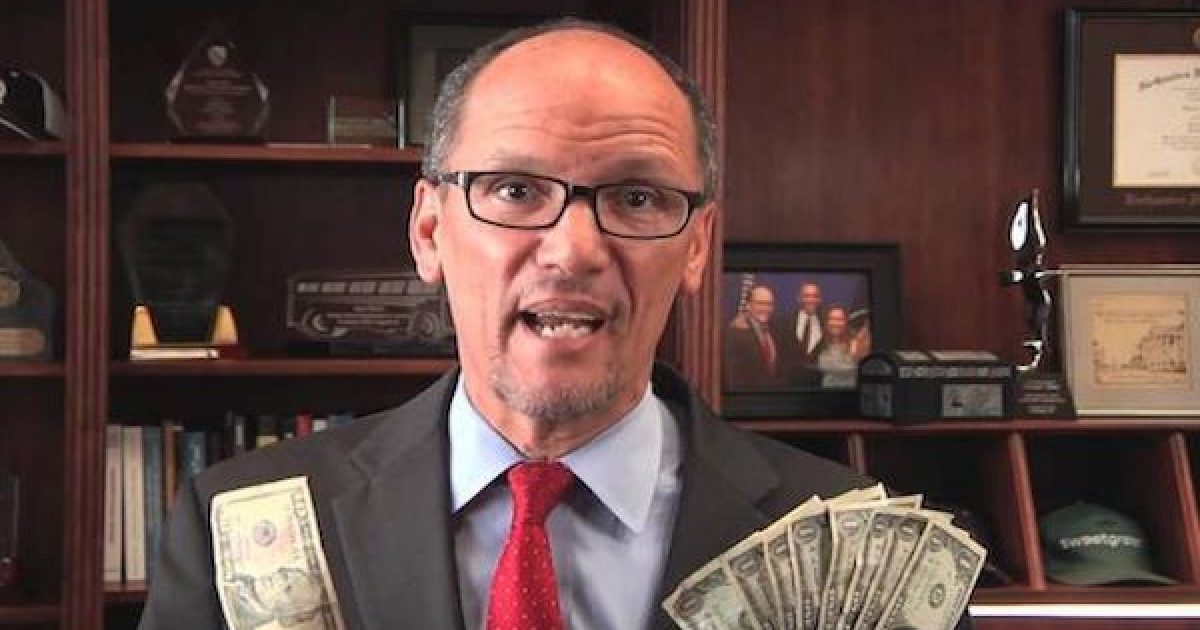 Jazz Shaw at Hot Air is reporting that Tom Potty-Mouth Perez is keeping himself busy as Chairman of the Democratic National Committee as he gears up for the 2020 elections. So who is he fighting with now? Donald Trump? Mitch McConnel? Perhaps his counterpart at the RNC, Ronna Romney McDaniel? No, those would all be boring, expected targets. Perez has instead decided to start a fight with the state Democratic parties who will have to do the majority of the work if Democrats want to score additional big wins two years from now.

Just so you know, @TomPerez, I will not sign up with or donate to any organization if there is even a remote chance that they would share my information with the @DNC.

Democratic National Committee Chairman Tom Perez launched an attack on his own party’s state organizations Saturday with a long and angry email over the future of the party’s most valuable asset — its voter data file.

Just days before an important Tuesday meeting in D.C. on the future of the data operation, Perez sharply criticized a new proposal from state party leaders and singled out prominent state officials by name.

“For some inexplicable reason, this proposal would tear down just about everything about our current data structure, reversing so much of the progress we made over the past decade,” Perez wrote.

The national chairman, describing his own reaction to the state proposal as “disappointed” and “dumbfounded,” accused the president of the Association of State Democratic Committees, Minnesota’s Ken Martin, of undermining the DNC by not keeping other state party officials “in the loop,” prompting withering criticism of Perez from state party leaders.

It‘s the latest fight in a quickly escalating war over the trove of Democratic voter information — a conflict that broke into the open at a gathering of the state parties and the DNC in Puerto Rico late last month.  More

The DNC wants to gather all the data points on voters into a new, massive for-profit database but needs to convince state parties on the idea. The state parties have been wary, accusing the DNC of conducting a power grab that could financially benefit a few elite party figures.

This basically encapsulates everything the Democrats stand for. Big Brother government control that only really works for the ‘elite.’

Beyond alienating the state party organizations,  Tom Perez’s tenure as the Chairman of the Democratic Party has been controversial. First, he was criticized for his frequent use of cuss words in his Party Unity Tour speeches. Then he got knocked by his own party for doing a lousy job of fundraising, a primary responsibility of a party chair. Now a watchdog group, The Foundation for Accountability and Civic Trust (FACT) has filed a complaint with the Federal Election Commission alleging that he mishandled the leftover campaign funds from his race for DNC Chairman. But at least he recognizes that cerebrally challenged imbecilic socialists like Alexandria Ocasio-Cortez are the future of the Democratic Party.