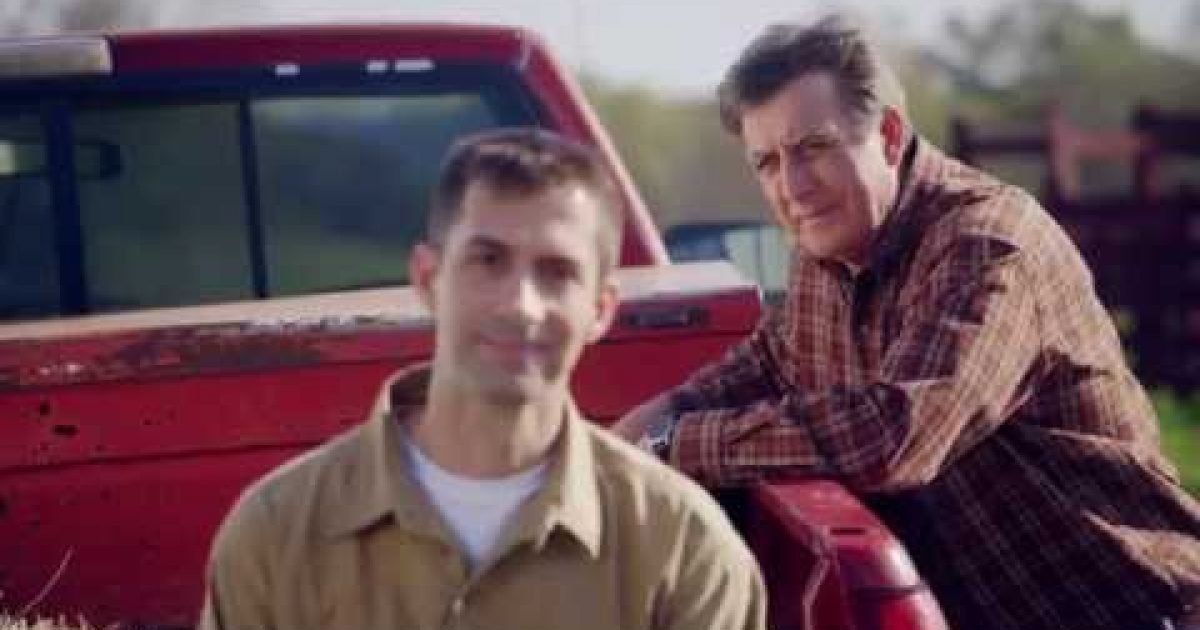 In the big came the TV camera pans to the star player, who smiles at the audience waves to the camera and says, “Hi Mom,” totally ignoring Dad, the person who worked with the athlete day and night to hone skills, drive to games etc.

IMHO Rep. Tom Cotton happens to be one of the best qualified Republicans running for the Senate in 2014.

His latest campaign ad removed my only objection to Cotton, a year ago he did a campaign ad with his Mom, and now he has  finally made an ad which recognizes the role of Dad in his life

In the new ad called “Jealous” released today his dad is featured:

“You may have seen a TV ad with my mom. It made her a celebrity — and it made my dad a little jealous,” Cotton says, as he unloads a pickup truck with his dad standing nearby.

“I love my dad a lot. He gave me a good name, a duty to country, a lot of common sense. Dad said, ‘Don’t spend what you don’t have — stand on principle, even if you have to stand alone.’”

At the end his dad looks over and says, “When you’re done politicking, come over and give me a hand.”