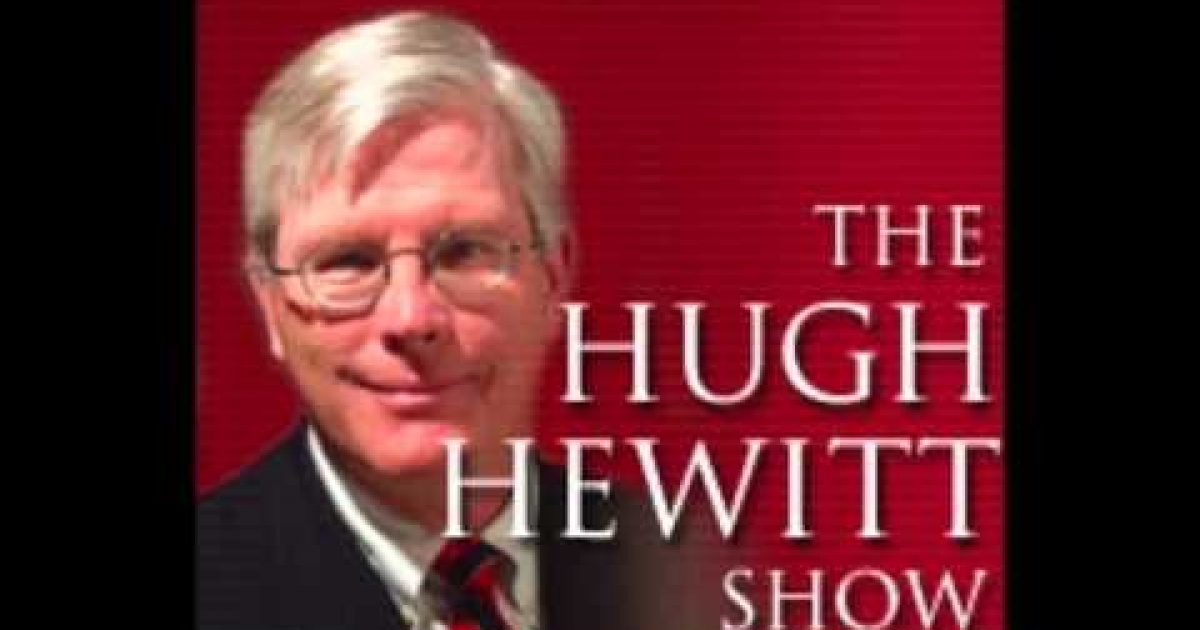 Tom Cotton was a guest on the Monday evening’s Hugh Hewitt Show to give background on the GOP “open letter” to the Iranian government explaining the constitution and explaining that the next president could squash the deal unless it is passed by congress. The author of the letter Cotton said the letter isn’t unprecedented what’s unprecedented is an American president negotiating a nuclear weapons deal with the world’s leading state sponsor of terrorism without Congressional approval.

Below is the transcript and audio of the interview where Sen. Cotton gives the background behind the letter signed by 47 GOP senators as well as addressing the criticism:

Hewitt: Well, you’re in trouble. The President’s very upset with you. The New York Times’ Peter Baker article on the front page at this hour, Angry White House And GOP Senators Clash Over Letter To Iran. What do you make of the President’s rebuke to you and, I believe, you’re the actual gang leader here, aren’t you?

Cotton: Hugh, I drafted the letter. 46 of my Republican colleagues joined me in signing the letter to send a very simple message to the leaders of Iran. If Congress does not approve a deal, Congress will not accept a deal. And Congress will not accept a deal that allows Iran, the world’s leading state sponsor of terror, who has been killing Americans for 35 years, to get nuclear weapons. Not today, not tomorrow, not ten years from now.

Hewitt: So when was it sent? When did you actually drop the letter?

Cotton: We released the letter this morning. It’s an open letter to the leaders of Iran. So we released it publicly, and then since Ayatollah Khamenei, and Hassan Rouhani, and Javad Zarif like to tweet, we sent it to them on Twitter as well.

Hewitt: And did you hear anything back from any of those three, yet?

Cotton: Well, apparently the foreign minister, Zarif, was not very happy, and claimed we didn’t understand constitutional international law, which proves the very need to send the letter to begin with, because Hugh, many Iran experts will tell you, as they probably have told you, that Iran’s leaders do not fully understand America’s Constitutional system, our separation of powers, and Congress’ role in approving international agreements, certainly major agreements about nuclear weapons programs with rogue regimes.

Hewitt: The penultimate paragraph of your letter reads, “What these two Constitutional provisions mean is that we will consider any agreement regarding your nuclear weapons program that is not approved by the Congress is nothing more than an executive agreement between President Obama and Ayatollah Khamenei. The next president could revoke such an executive agreement with the stroke of a pen. And future Congresses could modify the terms of the agreement at any time.” I don’t know why the President is upset. You’re merely stating the obvious, Senator Cotton.

Cotton: Hugh, that is nothing more than a simple statement of American Constitutional law. That is a fact. That is a fact that four Republican presidential aspirants who signed the letter from the United States Senate – Marco Rubio, Ted Cruz, Rand Paul and Lindsey Graham agreed to, that Rick Perry stated last week as well, that other presidential candidates have suggested to me privately with which they agree, and that I have to suspect Hillary Clinton might agree with as well. That is nothing more than a basic fact. If Congress does not approve this nuclear deal, then future Congresses do not have to accept the deal, nor does a future president.

Hewitt: Are you disappointed by the lack of Democratic co-signees?

Cotton: It’s an open letter, Hugh. It’s still open. I would welcome any Democrat or Republican to join us. Many Democrats believe that we cannot allow Iran to get nuclear weapons capability. That’s why in the coming weeks I hope that we’ll be passing bipartisan legislation through the Congress that forces the President to submit any nuclear deal for the review of Congress.

Hewitt: I am repeating now from Peter Baker’s story, “The letter generated anger inside the White House, which worried about whether it could torpedo an agreement by making Iran nervous or giving an excuse to bail out.” Actually, I would be applauding you if it torpedoes the deal as far as we understand it to be, Senator Cotton. Are you at all concerned about the White House anger?

Cotton: My anger is directed towards like Qasem Soleimani, the head of Iran’s Quds Force, something like their Special Operations forces and the CIA, which is responsible for the deaths of hundreds of American troops in Iraq. The only anger that anyone should have is towards the leadership of the Islamic Revolution in Iran for killing Americans for 35 years.

Hewitt: What Josh Earnest said at the White House is, “Writing a letter like this that appeals to the hardliners in Iran is frankly just the latest in a strategy, a partisan strategy, to undermine the President’s ability to conduct foreign policy and advance our national interests around the world.” So up is down and down is up at the White House. You’re appealing to the hardliners as opposed to warning them, Senator Cotton.

Cotton: Hugh, there are nothing but hardliners in Iran. That’s why they kill hundreds of troops, hundreds of American troops in Iraq. That’s why today they have thousands of troops in Iraq fighting the Islamic State. As Benjamin Netanyahu said to the Congress last week, they may be fighting each other, but both our enemies, the Islamic State and the Islamic Republic, because they are flip sides of the same coin, radical Islamic extremism, which is simple competing for the title of who can kill the most Americans, and who can eject the United States from the Middle East.

Hewitt: Mr. Zarif, the Iranian foreign minister, said it is very interesting that while negotiations are still in progress, and while no agreement has been reached, some political pressure groups are so afraid, they’re calling you a political pressure group. They really don’t have a clue, Tom Cotton, as to what Senators are, are so afraid even of the prospect of an agreement they resort to unconventional methods unprecedented in diplomatic history. So this is a first, but A) it’s not unprecedented for Senators to have opinions, and B) it’s not unprecedented for those opinions to be contrary to the White House. I mean, the League of Nations never got going because of this.

Cotton: No, Hugh, nor is it unprecedented for Senators to state those views to foreign leaders. But what is unprecedented is an American president negotiating a nuclear weapons deal with the world’s leading state sponsor of terrorism without Congressional approval.

Hewitt: So I am curious why seven Republicans did not join you – Bob Corker, Thad Cochrane, Susan Collins, Dan Coats of Indiana, of all people. I’m surprised that some of these people did not join you. What is the explanation?

Cotton: Hugh, I don’t want to discuss my private conversations with any of my colleagues. I will just say that as a practical matter, I only started collecting signatures on this letter last week. There was a big storm in Washington. Many people were traveling. So it could be a little hard to get to everyone. That’s one reason why the letter is an open letter, so Republicans or Democrats alike are welcome to join us. Many of them who will not sign the letter for one reason or another have stated publicly and privately that they agree with this viewpoint, that if Congress does not approve a deal, Congress will not accept a deal.

Hewitt: Now in terms of actual engagement with the Obama administration, they could accomplish a great deal if they simply articulated, if they would submit any deal to the Congress, right?

Hewitt: And so any response? Any kind of constructive engagement from the White House that would recognize that you are a co-equal branch of government, and especially in the Senate which has the ratification power?

Cotton: Very little, Hugh, but that’s not a surprise, because for six years, they have largely tried to bypass Congress, certainly for the last four years when there’s been a Republican majority in at least one of the chambers.

Hewitt: All right, let me close by asking you about Hillary Clinton’s Homebrew. Have you been using a private email server since you entered into the office of Senator of the United States?

Cotton: I just switched to a new email system on a Homebrew computer in Hillary Clinton’s breakfast nook.

Hewitt: So are you shocked by this? I mean, the potential loss I was just talking about with Ron DeSantis is catastrophic on the intelligence side.

Cotton: Yes, Hugh, I mean, I’m on the Intelligence Committee, and I can tell you that not only should you not write emails that you don’t want to appear on the front page of the Washington Post, you should not write emails that you don’t want a foreign intelligence service or a criminal syndicate to read. And it’s a shocking breach of internet security. For the Secretary of State, again, this is not a low level functionary. This is not a domestic agency. This is the Secretary of State. I think it also raises real questions about the potential pay to play implications of the foreign contributions that the Clinton Foundation accepted. We now know throughout her tenure as Secretary of State, I think those two questions are linked, and they have to be thoroughly investigated.