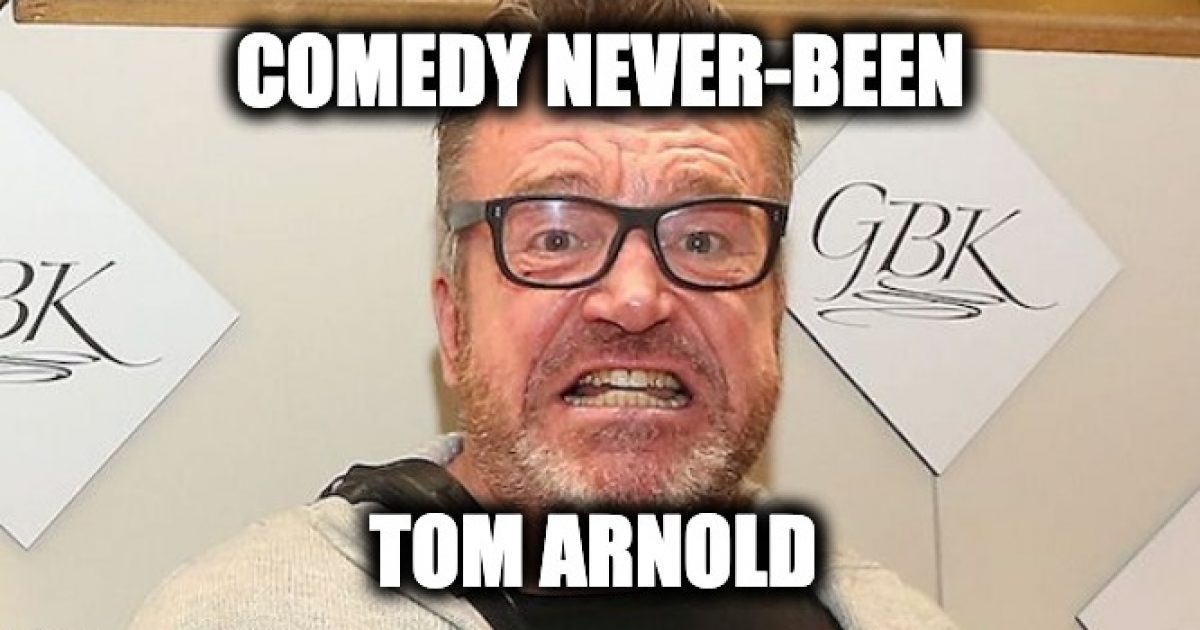 Tom Arnold’s lunacy goes beyond any brain damage that his marriage to Rosanne Barr might have done (actually that marriage makes me more concerned for Rosanne’s sanity). His latest abuse of the Twitter platform was a racist, sexually charged attack on the conservative podcasters Diamond and Silk. The duo responded to tweets by Tom Arnold and the rose pedal toilet diva Barbara Steisand suggesting a desire for bodily harm of President Trump. Tom Arnold Twitter

Tom Arnold and Barbra Streisand should also be put under investigation!

Arnold’s reply was disgusting.  “I’d like to investigate every crack curve & crevice of you two tons of fun’s heavenly bodies,” Arnold tweeted. “I’ll start with intensive oral examination of your naughty bits. So take off all yo clothes & get your big booties butts back into Big Daddy’s hot tub. Don’t bring Streisand. Too freaky.”

I’d like to investigate every crack curve & crevice of you two tons of fun’s heavenly bodies. I’ll start with intensive oral examination of your naughty bits. So take off all yo clothes & get your big booties butts back into Big Daddy’s hot tub. Don’t bring Streisand. Too freaky.

As one would expect, twitter attacked the failed comedian,

What the Hell is wrong with you?

Or maybe he is crazy:

This would be nice, but @Jack wouldn’t allow Twitter to punish a liberal.

If anyone is considering Liberalism, @TomArnold is a perfect example of how this corrupt philosophy will twist your heart, soul, and mind.

And this isn’t the first time Arnold has done it.

Anyone in #Hollywood gonna call out this racist POS??? pic.twitter.com/35EIbNqczN

One of those nights again, eh Tommy pic.twitter.com/lTRm917GYG

The comedy never-been responded to Diamond and Silk’s objections with more racism.

You wrote @ me first. Expressed your bug ass love for me on Twitter many times. You’ve made sexy videos about me for the world to see. You SAID MY NAME. Now stop playin G’s. Our love is sacred. Get on over here. Grab Popeyes Chicken on way. Wings & thighs. Dark meat only babies.

IMHO, Arnold is not crazy nor is his stupidity a product of drugs. The man is a serial racist and a misogynist and should be forever banned from social media.