We all have bad days, but the last 24 hours have been absolutely awful for the NY Times. First you have the idiotic smear campaign about John McCain which has backfired like and exploding cigar. Besides the internal inconsistencies and the lack of evidence within the story—-besides the fact that the Times did not publish the evidence that McCain provided which proved the his innocence, today’s story brought back other NY Times self inflicted wounds. Like the bogus Nancy Reagan/Frank Sinatra love affair story that was on the front page a few years back, or the fact that real charges against Bill Clinton were buried somewhere in the middle of the classifieds. 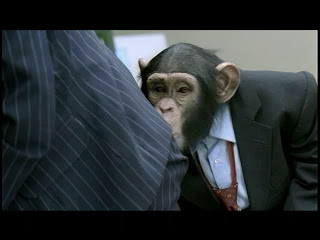 ut the John McCain non-scandal was not the only “stupid liberal newspaper trick” in the Times today. Neil MacFarquhar, their foremost apoligist for the Islamo-fascists found a new radical hero to idealize.

Soft Pedaling Radical Islam: The New York Times Discovers the MSA by Steven Emerson IPT News February 21, 2008 Neil MacFarquhar’s latest paean to radical Islam appeared in Thursday’s New York Times, “For Muslim Students, a Debate on Inclusion,” in which he praises a known radical leader of the Muslim Students’ Association as some kind of moderate. MacFarquhar begins the story with a sweet vignette about Mertaban’s alleged moderate bona fides:

Amir Mertaban vividly recalls sitting at his university’s recruitment table for the Muslim Students Association a few years ago when an attractive undergraduate flounced up in a decidedly un-Islamic miniskirt, saying “Salamu aleykum,” or “Peace be upon you,” a standard Arabic greeting, and asked to sign up. Mr. Mertaban also recalls that his fellow recruiter surveyed the young woman with disdain, arguing later that she should not be admitted because her skirt clearly signaled that she would corrupt the Islamic values of the other members. “I knew that brother, I knew him very well; he used to smoke weed on a regular basis,” said Mr. Mertaban, now 25, who was president of the Muslim student group at California State Polytechnic University, Pomona, from 2003 to 2005. Pointing out the hypocrisy, Mr. Mertaban won the argument that the group could no longer reject potential members based on rigid standards of Islamic practice.

Mertaban the non-hypocritical “moderate,” as MacFarquhar would have you believe. Mertaban apparently likes girls in miniskirts – at least enough to not refuse them admission to the MSA. But what does Mertaban have in store for this flouncing, attractive, be-miniskirted undergrad? Here’s what he told an MSA audience at U.C. Berkeley in April 2007:

Of course, polygamy is illegal in the United States. And Mertaban’s speech that day was not limited to Islamic marital relations. He continued:

Jihad? Yes Jihad! Jihad is the tightest thing in Islam. Don’t compromise on these little things. Be proud of it. Why? Because Islam is a perfect religion. If you sit here and you start saying, ‘Jihad is only an internal this and that,’ you are compromising on your faith.

That’s very moderate, indeed. Of course, you won’t read this in the New York Times, but Mertaban began his speech that day with a stirring defense of none other than Osama Bin Laden, imploring his audience that, no matter what Bin Laden may – or may not – have done, Muslims are obliged to defend him “to the end.” Here’s what he said:

Time magazine had this one article on Muqtada al-Sadr. Who knows who Muqtada al-Sadr is? He is one of the individuals in Iraq who is one of the leaders of the Shi’a resistance movement against U.S. troops. Anyways, Time magazine dramatizes everything. So here is Muqtada al-Sadr, ok? And I want you to look at my facial expression, because this is very powerful how they used him … They’re attacking Muslims not based on you and how you look and how you look – based on how he looks. I don’t even know the guy. The guy is probably a tight Muslim. I don’t even know him. I don’t really care too much about him to tell you the truth. But the idea is how they use individuals like that to portray Muslims.

So, according to Mertaban, not only is Muqtada al-Sadr a “tight Muslim,” but Time MagazineTimes, just about how “inclusive” Mertaban is. should not show images nor report on an influential radical Islamic leader having a major impact in the Iraq war because of how he looks. But again, you won’t read about this speech in the Not content to simply downplay one of the MSA’s most radical leaders, MacFarquhar goes on to sanitize the founding of the entire organization. In describing the MSA’s origins, he writes, “Organized in the 1960s by foreign students who wanted collective prayers where there were no mosques, the associations were basically little slices of Saudi Arabia.” That is a complete whitewash. It is well known that the MSA was not merely founded by “foreign students.” It has been reported in multiple sources that the MSA was formed by members of the Ikhwan, or Muslim Brotherhood. The Chicago Tribune reported just that nearly four years ago:

“While the U.S. Brotherhood was influential from its beginning–in 1963 it helped establish the Muslim Students Association, one of the first national Islamic groups in the U.S.—(American-based Ikhwan leader Ahmed) Elkadi thought the group could expand its reach.”

More conclusive information linking the MSA to the Muslim Brotherhood came out during last year’s Hamas-fundraising trial in Dallas against the Holy Land Foundation for Relief and Development (HLF). A 1991 document entered into evidence titled “Shura Council Report on the future of the Group: Work paper #1,” (“Group” is the code name for the Ikhwan) stated:

In 1962, the Muslim Students Union was founded by a group of the first Ikhwans in North America and Meetings of the Ikhwan became conferences and Students Union Camps.

That history matters. The Muslim Brotherhood, an 80-year-old social and religious order established in Egypt, seeks a global Islamic state governed by Shariah law as its ultimate objective. Its guiding ideologues have served as the inspiration for virtually all Sunni terrorist organizations from Hamas and Islamic Jihad to Al Qaeda. Other exhibits from the HLF trial, dated in the early 1990s, show Muslim Brotherhood members in the U.S. saw their role as a “grand jihad in eliminating and destroying the Western civilization from within and ‘sabotaging’ its miserable house by their hands and the hands of the believers so that it is eliminated and God’s religion is made victorious over all other religions.” And while MacFarquhar writes of the MSA, “That past has given the associations a reputation in some official quarters as a possible font of extremism,” he immediately undercuts that by adding, “but experts in American Islam believe college campuses have become too diverse and are under too much scrutiny for the groups to foster radicals.” And yet he makes no attempt to cover the fact that MSA’s routinely invite radical Islamic speakers who justify suicide bombing and make virulent anti-Semitic and anti-American statements. We are just simply to believe there is some kind of “debate” going on concerning “inclusion.” Well, let’s talk about inclusion. Here’s radical Imam Abdul Malik Ali speaking at an MSA event at San Francisco State University in April 2002:

I wonder which side of the “inclusiveness” debate Mr. MacFarquhar thinks suicide bombers belong to. Or what MacFarquhar would write about this, as Malik Ali continued:

Very inclusive, indeed. Another MSA favorite speaker is Mohammed al-Asi. At a 2002 MSA event at the University of California, Irvine, al-Asi had posed his own unique contribution to the inclusiveness debate, telling the crowd:

Not every story is going to be an investigation. But every story, even soft features with appealing anecdotal leads, require some real reporting and a challenge to the assumptions and conclusions a reporter reaches. As we have pointed – out – repeatedly, there is no evidence of this in MacFarquhar’s reporting. You can look it up.