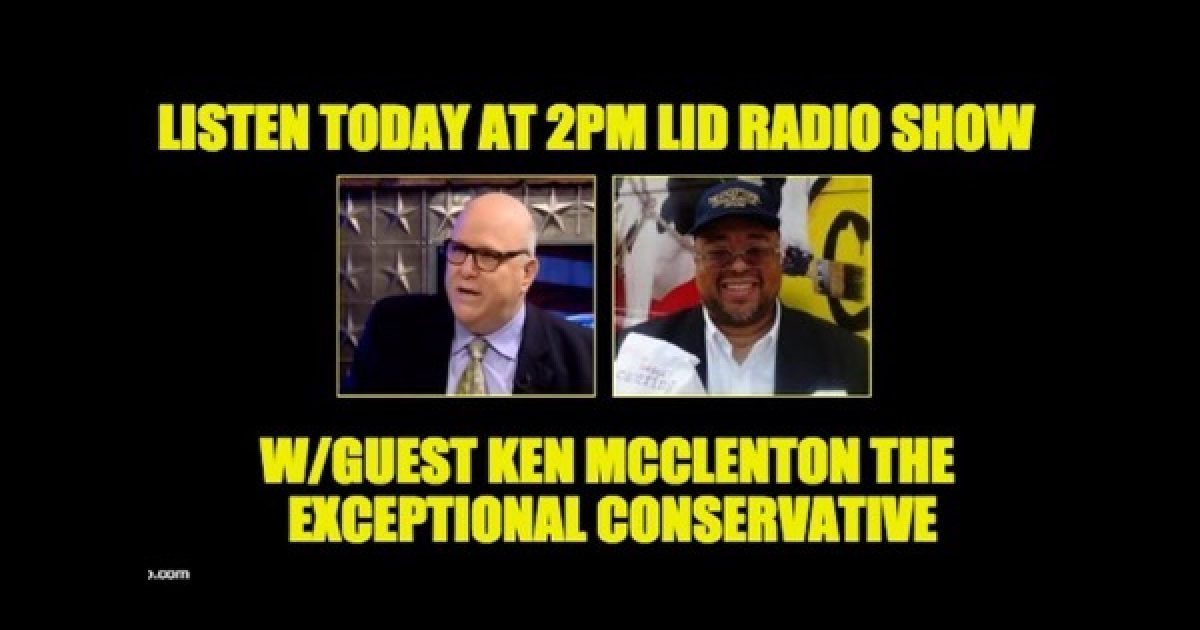 Lots of big news this week, Jeff Sessions caught hell from both sides during his latest Congressional testimony, a tax reform Bill may actually be passed by Christmas, the Alabama senate race is in disarray, Glamour and GQ both Conde Nast magazines picked strange person’s of the year, and President Trump just spent two weeks in Asia (without bringing me home a lousy t-shirt). With all this major news going on, there is no one better to discuss the news and to put the liberals in their place than my special guest, Kenneth McClenton the Exceptional Conservative.  Ken, I will discuss the latest in stupid liberal tricks other big political news with great insight and some well-deserved snark.

McClenton’s official bio says he’s an Urban Conservative whose mission is to spread the good news of Christianity, conservatism, capitalism, and constitutionalism throughout the world.  Devoted to life, liberty and the pursuit of happiness, he believes that in order to save the United States, we must mutually pledge our lives, our fortunes and our sacred honor to save urban America. That is true but there’s more.

Ken is host of the incredibly successful “The Exceptional Conservative Show” seen on TECN.TV Monday-Thursday 9pm to 11pm Eastern.