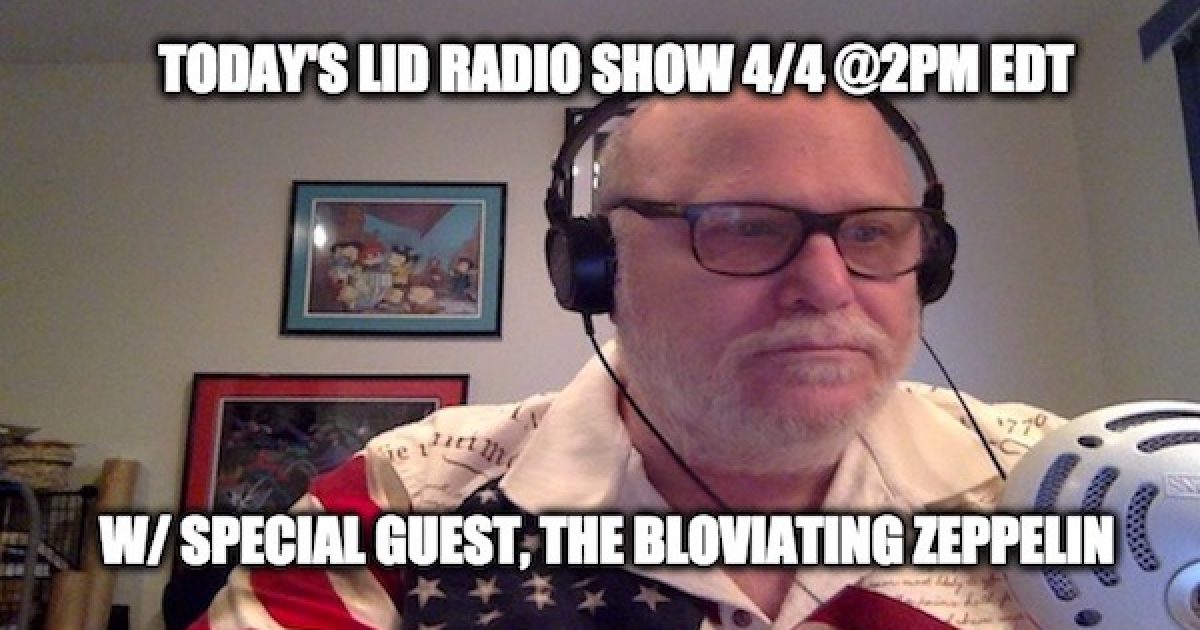 Tune in at 2pm, today on  April 4th for a great Lid Radio Show. This week’s Lid Radio Show guest is BZ, the Editor/Publisher of the great website Bloviating Zeppelin,  Along with his blogging, BZ is also the host of the show on SHR Radio:  BZ’s Berserk Bobcat Saloon, which can be heard on the SHRMedia and High Plains Talk Radio networks every Tuesday and Thursday Night @11pm Eastern, and every Wednesday Night he’s featured on the Sackheads Radio Show. on the same two networks

Along with being a great guy, and a pundit who gets to the heart of today’s issues (no holds barred),BZ is a Conservative first and quite a distant Republican with a dash of Libertarian mixed in for good measure. He is also a recently retired US law enforcement officer, having worked 41 years for the FBI, the US Marshals, a coastal CA county and 35 years for a 2,000+ officer department in Northern California.

Along with leftist insanity,  Zep and I have plenty of left-wing craziness to discuss, like the caravan working its way up through Mexico to illegally enter the U.S., the attack on the Second Amendment, will special council Mueller investagate me for visiting my Russian-born grandparents when they were alive, John Bolton taking over the NSC, and all the lastest news effecting this great nation of ours.