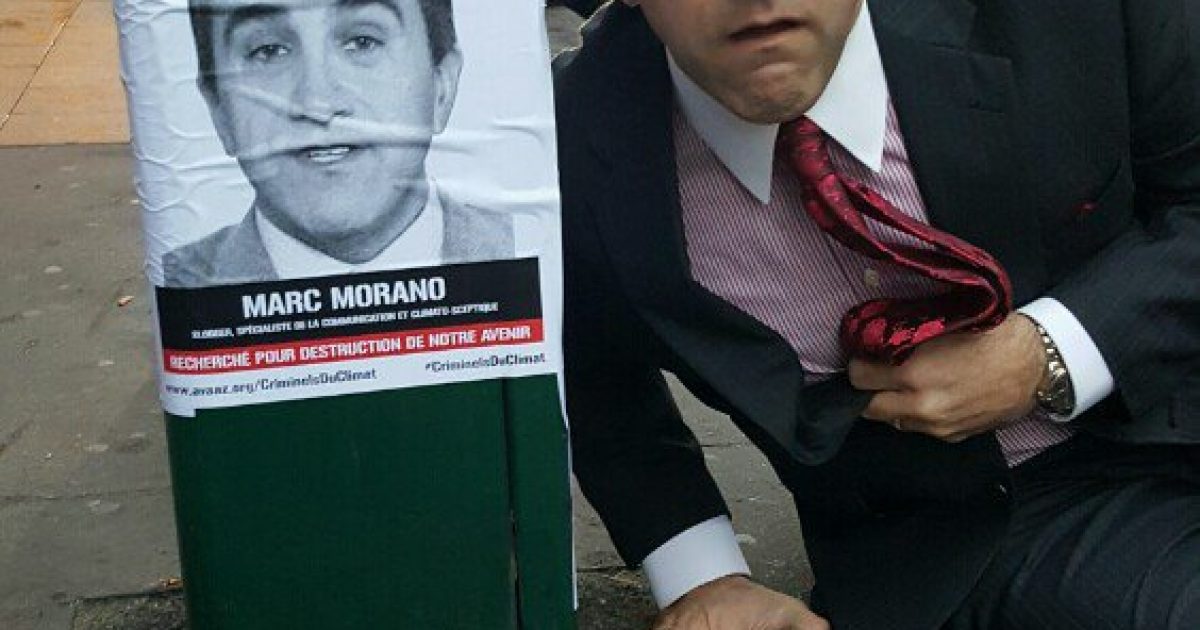 Make sure to tune in today at 2PM Eastern, because today’s Lid Radio Show will be a BLOCKBUSTER! Our Special Guest is my good friend Marc Morano executive editor and chief correspondent for ClimateDepot.com. So make sure to tune in at 2pm to SHRMedia and High Plains Talk Radio or listen via the player at the bottom of this post.

Marc is a climate skeptic super-star who is at the forefront of the battle against the scare tactics of the climate change-pushers who do not permit any challenge to the orthodoxy of their hypothesis that the Earth is getting warmer because of the actions of mankind.

If have any interest in the truth about the climate change hypothesis, then ClimateDepot should be a daily read (it is for me), it is the Drudge Report for climate change facts.

At ClimateDepot Marc uses facts to fight misinformation advanced by the Global Warming enthusiasts, and because of his success it fighting their lies, Marc is not one of their favorite people: ’In 2015, Morano was visited the UN Paris Climate deal negotiations and  posters were plastered at and around the conference with Morano’s face declaring him a “Climate Criminal”

Marc and I will talk about why it isn’t getting warmer? Why the ice caps haven’t melted away? What the Trump administration can do to fight Obama’s executive orders.  If there’s time we can also discuss the Senators and Attorneys General who want to make climate change skepticism Illegal.

And of course we will discuss Climate Hustle, the must see movie hosted by Marc Morano. Climate Hustle covers the overheated environmental con job of climate change, it digs into the politics and media hype surrounding the issue, shows how global warming has become a new religion for alarmists, and explains the impacts the warming agenda will have on people in America and around the world. Climate Hustle  which would make a great holiday gift for climate skeptics, people on the fence, kids being brain washed about the climate change hypotheses, and people who have swallowed the climate change Kool-aid who you want to piss off with facts and humor. Click here to get your copy.

So be sure to tune in at 2pm Eastern by clicking on these SHR Media network or High Plains Talk Radio links (or use the player below). And you can follow Marc Morano on Facebook by clicking here, or on twitter @ClimateDepot

Wednesday. I can be followed  @yidwithlid on twitter, on my site Lidblog.com , on Facebook, and in the Jewish Star newspaper.

Listen to today’s show at SHRMedia  or High Plains Talk Radio. Or you can use the player embedded below.