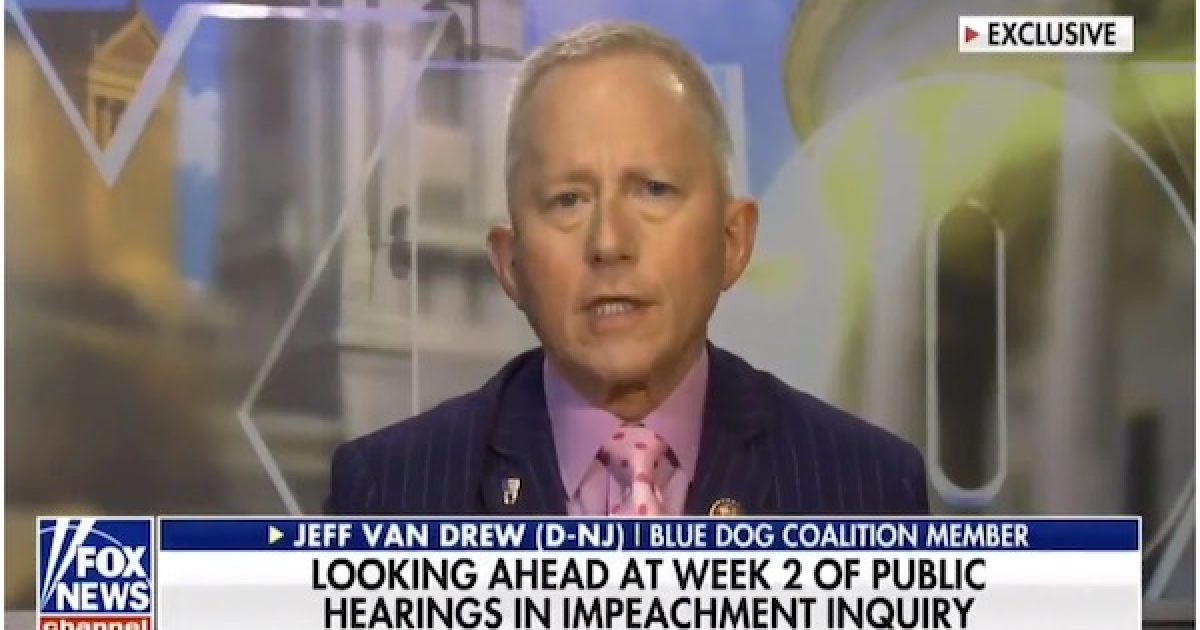 “There is some discussion among some of them quietly, privately of concern, certainly. What I’m hearing out in the street is with most people, they are kind of tired, kind of worn out, bored and they really want to move on. Unless there’s something new and amazing, we know the end game.” Rep. Jeff Van Drew (D-NJ) tired of impeachment

Although the “formal impeachment inquiry” has only been officially a thing for a few weeks, the hope of removing Donald Trump from office has been a staple of the Democratic culture from the moment that the New York businessman completed his inauguration. tired of impeachment

At times, this desire to upend the will of the American people has taken an ugly shape.  We’ve seen calls for incivility from the likes of Maxine Waters, and we’ve seen violence thanks to a former Bernie Sanders campaign worker attempting to murder the GOP charity baseball team.

This “resistance” is but one unit, and allowing the radical left to distance themselves from these instances of anti-Trump behavior will not be tolerated.

Now, with the impeachment inquiry now officially “formal”, you would think that the Democrats could unite under the banner of this process.  Unfortunately for them, this has not been the case and one has gone public.

New Jersey Democratic Representative Jeff Van Drew had the following to say during an appearance on Fox News over the weekend:

MARIA BARTIROMO: We’re expecting an impeachment vote sometime in December. How will you vote?

REP. JEFF VAN DREW: I would imagine I’ll be voting “no.” Now, I always have a codicil if there’s something new, something we haven’t heard, something that really rises to the level of treason or a high crime, that would be different. But we don’t see that. We see little different variations, hearsay, discussions that somebody heard something that somebody else said. Impeachment, as you know, our founding fathers had vigorous debates over whether they would even allow impeachment in the Constitution. You don’t disenfranchise voters, millions upon millions of voters. Voters choose their leaders in America.

REP. VAN DREW: I don’t know how other folks will vote, because in all honesty, originally, I thought there were going to be a few more, not that it matters to me if I’m one or I’m 101. I do what I believe is right. There is some discussion among some of them quietly, privately, of concern, certainly. What I’m hearing out in the street is with most people is, they’re kind of tired, they’re kind of worn out, they’re kind of bored, most folks, and they really want to move on. Unless there’s something new and amazing, we know the end game here.

Van Drew is speaking for the common American here, we are getting tired of this nonsense. Watch Rep.Van Drew’s interview below: