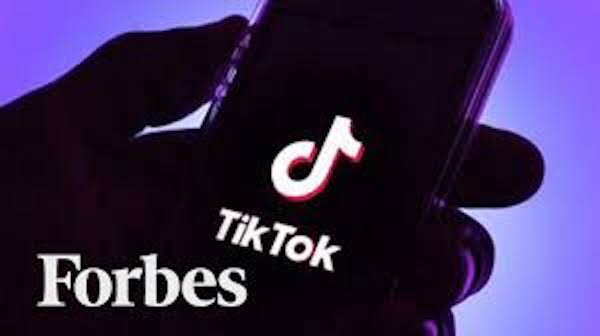 As we continue to delve ever deeper into this wild, new, dystopian 21st century, the ways in which the powers that be can get to and use us continue to increase.

Lately, most of this trouble has come from the online world, where data harvesting and online influence campaigns continue to target us in clandestine, creepy ways.

Take TikTok, for example, whose well-understood data harvesting offenses have targeted not only ordinary Americans but journalists as well.

An internal investigation by ByteDance, the parent company of video-sharing platform TikTok, found that employees tracked multiple journalists covering the company, improperly gaining access to their IP addresses and user data in an attempt to identify whether they had been in the same locales as ByteDance employees.

According to materials reviewed by Forbes, ByteDance tracked multiple Forbes journalists as part of this covert surveillance campaign, which was designed to unearth the source of leaks inside the company following a drumbeat of stories exposing the company’s ongoing links to China. As a result of the investigation into the surveillance tactics, ByteDance fired Chris Lepitak, its chief internal auditor who led the team responsible for them. The China-based executive Song Ye, who Lepitak reported to and who reports directly to ByteDance CEO Rubo Liang, resigned.

Liang issued a rather generic statement.

“I was deeply disappointed when I was notified of the situation… and I’m sure you feel the same,” Liang wrote in an internal email shared with Forbes. “The public trust that we have spent huge efforts building is going to be significantly undermined by the misconduct of a few individuals. … I believe this situation will serve as a lesson to us all.”

“It is standard practice for companies to have an internal audit group authorized to investigate code of conduct violations,” TikTok General Counsel Erich Andersen wrote in a second internal email shared with Forbes. “However, in this case individuals misused their authority to obtain access to TikTok user data.”

TikTok had been previously accused of spying on Americans and adjusting their algorithm to provide Americans with far less intelligent content, in what many have seen as a sort of intellectual warfare.