Killing Jobs Is Something A Democratic Administration Does Well 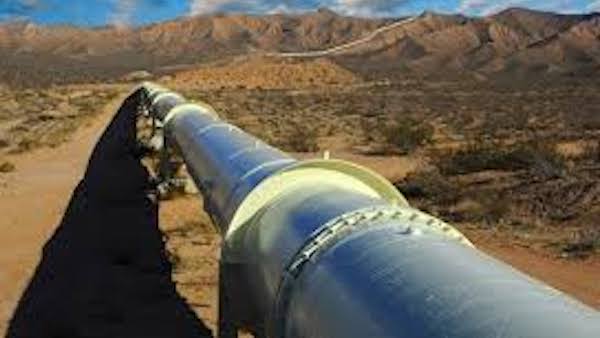 As the chief legal officers of our states, we write with alarm regarding your unilateral and rushed decision to revoke the 2019 Presidential Permit for the Keystone XL pipeline. Your decision will result in devastating damage to many of our states and local communities. Even those states outside the path of the Keystone XL pipeline—indeed all Americans—will suffer serious, detrimental consequences.

The attorneys general for 14 states have sent President Joe Biden a letter blasting him for the “devastating” loss of jobs he caused by signing an executive order canceling the Keystone XL Pipeline (letter embedded below). The AGs also noted that they are exploring legal options to have Biden’s anti-American executive order nullified. In non-legal terms, they are threatening to sue.

“Please be aware that the states are reviewing available legal options to protect our residents and sovereign interests. In the meantime, we urge you to reconsider your decision to impose crippling economic injuries on states, communities, families, and workers across the country,”

The letter explained that “the real-world costs” of President Biden’s executive action are devastating.”

“It’s bad enough for the government to pick winners and losers in the marketplace, but much worse when the winners are aspirational. Aspirations don’t put food on the table, or pay the phone bill, or put kids through college. Jobs do, and you eliminated thousands of them with the stroke of a pen,”

Biden, though, has made the outrageous claim that he is going to “invest” in better jobs for the future … though, the jobs aren’t there yet, and there is absolutely no proof that those “better jobs” are anywhere near the horizon.

Nationally, your decision will eliminate thousands of well-paying jobs, many of them union jobs. Your order hearkened back to the 2015 determination from the Obama Administration “that the significance of the proposed pipeline for our energy security and economy is limited.” Thousands of displaced workers and their families surely disagree with that heartless assessment. And it’s cold comfort to suggest to now-jobless Americans that by turning the page on projects like Keystone XL, workers can look forward to high-paying green energy jobs that don’t yet exist. It’s bad enough for the government to pick winners and losers in the marketplace, but much worse when the winners are aspirational. Aspirations don’t put food on the table, or pay the phone bill, or put kids through college. Jobs do, and you eliminated thousands of them with the stroke of a pen.

Well, maybe a hundred years from now. Meanwhile, tens of thousands are out of work right this minute and have NO prospects for new “better” jobs despite the airy proclamations by Joe Biden.

Along with higher taxes and spending, killing jobs is one of the few things a democratic party administration does well.

Read the entire letter below: