Thomas Jefferson Slimed By Woke Caretakers Of His Monticello Home

Exhibits and signs criticizing Jefferson, and employees who going out of the way to 'besmirch' him.’ 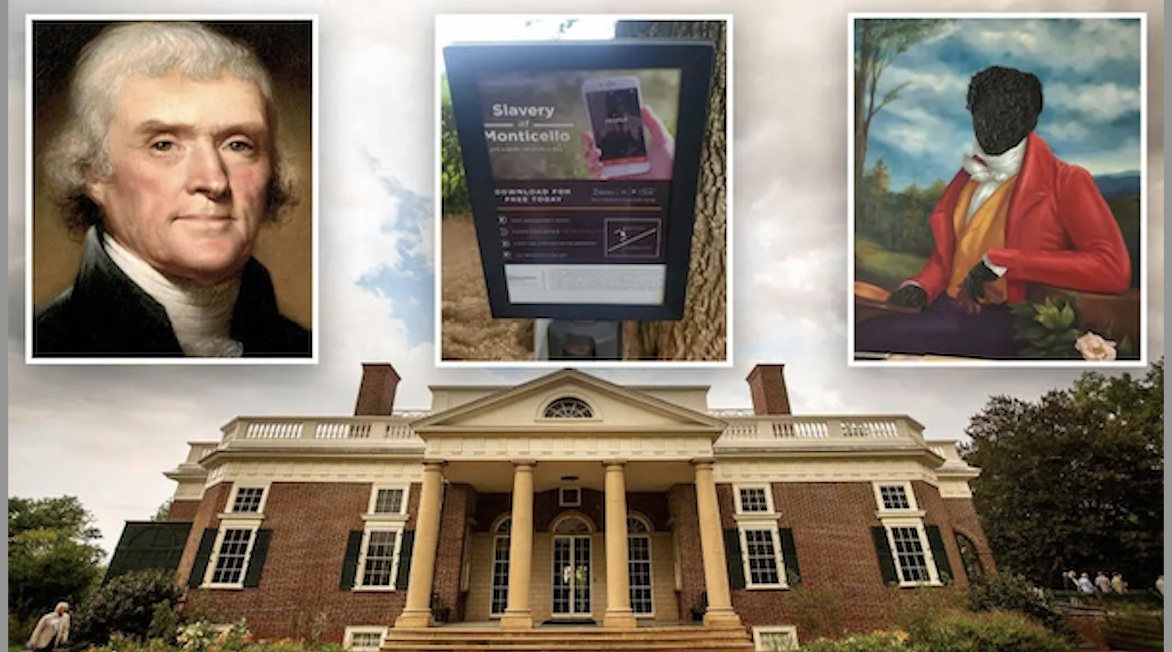 Suppose you plan a summer vacation to include some of the four national landmarks. In that case, you might want to skip Thomas Jefferson’s home, Monticello, because the whole place is filled with woke attacks accusing him and the rest of the founding generation of being evil.

Recent visitors have described a deluge of exhibits and signs criticizing Jefferson and even employees who go out of the way to ‘besmirch’ him.

The anti-American, woke Democrat establishment has infested Monticello and turned it into a shire of hate-filled with critical race theory lies and distorted leftism.

Jeffrey Tucker, the founder of the libertarian Brownstone Institute, calls the whole thing a mess of propaganda.

“The whole thing has the feel of propaganda and manipulation,” Tucker told The New York Post. “People on my tour seemed sad and demoralized.”

The paper noted that visitors are also unhappy with the national landmark:

But visitors complain that employees go out of their way to belittle Jefferson and his life.

“Half of the comments on Jefferson were critical,” wrote William Bailes of Chester, Virginia, in an online review after visiting in June. “Even my 11-year-old daughter noticed the bias.”

Tucker described his guide last month as “surly and dismissive” of Jefferson’s accomplishments.

“Someone asked if Jefferson had built a machine in the house, and the guide said, ‘Nah, he never built anything. He was just a tinkerer,'” Tucker recalled.

“It was ridiculous. He was this house’s architect and University of Virginia — what are you talking about?”

There is even a featured painting of Jefferson with his face blacked out entitled “A Moment of Silence,” which aimed to destroy Jefferson in the eyes of Americans.

That is what the whole estate is now geared to do.

But that is what the left is doing. They want to undermine and destroy the memory of every founding father and the memory of the entire country’s creation.

Per the Daily Mail

Former Virginia governor and senator George Allen characterized the new Monticello as a ‘contemporary politicization of a beautiful historic property.’

‘Some of this to me just detracts from how people can be inspired and understand Thomas Jefferson and his time and how brilliant he was, how creative he was, his innovations and how ahead of his time he was.’

And Douglas McKinnon, author of The 56: Liberty Lessons From Those Who Risked All to Sign The Declaration of Independence, said the exhibit’s view of history is clearly warped through the lens of contemporary politics.

‘It’s very problematic to look at 1776 and Thomas Jefferson through the prism of 2022,’ MacKinnon said. ‘You can’t go back 250 years to know what was in their hearts at that time.’

‘Jefferson was the ultimate Founding Father of our nation. His name should not be diminished because of our political disagreements.

Below is a video of Brownstone Institute founder Jeffrey Tucker discussing what he saw at Monticello when he visited on July 4th.