This Isn’t 2009: Iranians’ 9-Point Demand For Referendum On Islamic Republic 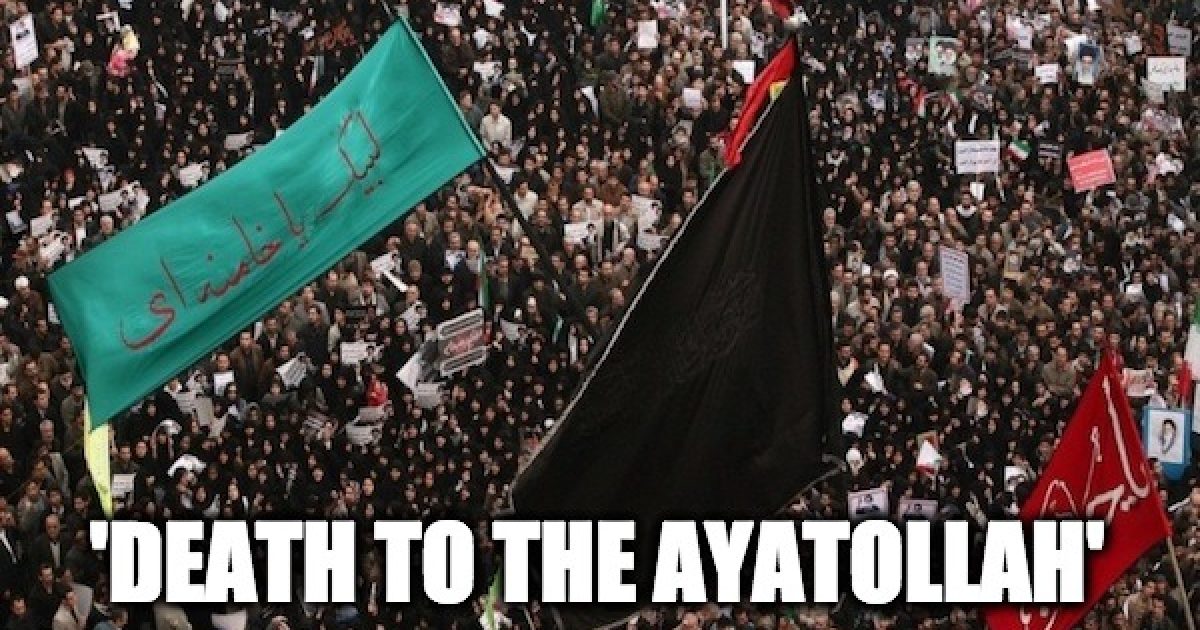 A number of knowledgeable experts have been weighing in to emphasize that the present uprising of Iranians is not like the one in 2009.

There are plenty of reasons for this, starting with the point that in 2009, there was a specific catalyst for the protests: a national election whose results looked suspicious.  In the last three days of December 2017, there was no such catalyst.  There was only the burning sense among the people that too much is wrong, from repression and lack of freedom to mistreatment by the radical regime, and its obsession with squandering the nation’s resources on foreign wars.

I’ve mentioned a couple of times already that this is a widespread and broad-based uprising.  Michael Ledeen deals with that point at PJ Media this week:

It’s different in at least two ways, geographical and demographical.

Geographically, whereas the 2009 protests were mainly limited to Tehran, today’s phenomenon covers the whole country, from major cities to smaller towns and even rural villages. That’s significant, because those who do not believe in the prospects of an Iranian revolution invariably argue that opposition to the regime is restricted to the elites of the big cities, and that rural populations are pro-regime. It’s difficult to judge how many rural residents are protesting, but it’s a significant number. That’s new, and I believe it surprised both the regime and the leaders of the uprising.

The demographic difference is class: the 2009 demonstrators were Tehrani bourgeoisie (bazaaris, for example). Today’s masses are proletarians: workers, unemployed, failing farmers and the like. Notice that trade unionists are being arrested in Tehran, because the tyrants fear they are the real organizers of the uprising, and because workers and the unemployed are not as easy to intimidate as professors and businessmen.

His whole post is essential reading.  He addresses the protesters’ objection to the regime’s warped, distorting ideology as well:

Just listen to them and watch them as they burn posters of Supreme Leader Ali Khamenei. Watch them as they burn down religious centers, schools, and living quarters for those in or entering the ranks of the clergy. No, Marie Antoinette, this is not about the price of bread, but about a regime that oppresses and steals from the Iranian people to enrich itself, and pay, arm, train and command Iranian and foreign fighters who serve the regime’s interests in places like Syria, Iraq, Lebanon, Yemen and numerous African countries, as well as in South America.

Read the whole thing.  “Will it work?” Ledeen asks.  He isn’t sure.  But this time is different.  Not just in terms of who holds the reins in America, but in terms of what’s happening in Iran.

There is always too much to write, and too little time.  And I need to get to the meat of this post.  But I would also like to commend an informative tweet thread to you, which I will introduce with this segment of it (Number 8), because it’s important.

8. So far, it’s notable that none of the protest slogans among Iranian Kurds and Arabs have reflected ethnic separatist aspirations. This may change if the regime cracks down on them too violently as “US/Saudi/Zionist agents”.

It goes to something discussed in my last post: the sense of national fealty we continue to see in the themes and cries of the protesters.  Even the Kurds of the northwest are not calling for secession, at least not so far.  They are lodging the same complaints, and calling for the same principles of respect and decency, as the other parts of Iran.

Here is what snagged my attention in the last 48 hours.  A 9-point proposal for a national referendum is being posted all over social media.  I haven’t been able to divine its origin (i.e., if it comes from a named, organized group); it seems to have been put on Instagram first, but determining “who” posted it is beyond my forensic abilities.

This is what it looks like, in poster form in Farsi.

Al-Arabiya published a translation of the nine points on Wednesday:

1) A referendum on founding the future regime, as most of the demonstrators called for a republican system similar to the developed countries and the overthrowing of the rule of the Faqih.

2) Undermining the ideology of the Faqih regime and the liberation of Iranian society from the illusion of leadership of the Shiite world and its incursion into the Islamic world and eliminate the slogan of exporting the revolution.

3) Abolishing the forced veil and endorsing the principle of women’s free choice of appearance and clothing.

4) Freedom of the media, including free access to information, the Internet, social networks and the abolition of censorship.

6) An independent, just and impartial judiciary that is not subjected to any authority, power or political current.

7) Equal distribution of wealth and development plans to eradicate poverty, unemployment and deprivation.

9) Equality between women and men and the rejecting all forms of discrimination, violence and abuse against women in all fields.

“Faqih” is the Shia principle of clerical custodianship of the people – properly, “custodianship (or guardianship) of the Islamic jurist” – which forms the essential premise of rule over Iran by the supreme council.

This 9-point referendum would be, quite explicitly, a referendum on overthrowing the Islamic Republic.  We didn’t have this in 2009.

This isn’t small-ball.  It’s not clear exactly how widespread the impetus is for this proposal, or at least for the concept it represents.  The referendum poster is all over the place on social media, being passed around by Farsi speakers.  The incidence of it in a Google search has grown rapidly in the last 24 hours.

There have also been numerous tweets translated for foreign observers, indicating protesters are shouting “No Islamic Republic!” and “Death to Islamic Republic!”  They’ve been calling for a referendum, as mentioned in my 3 January post.  The sentiment exists, is very real, and is being shouted without caveat or fear.