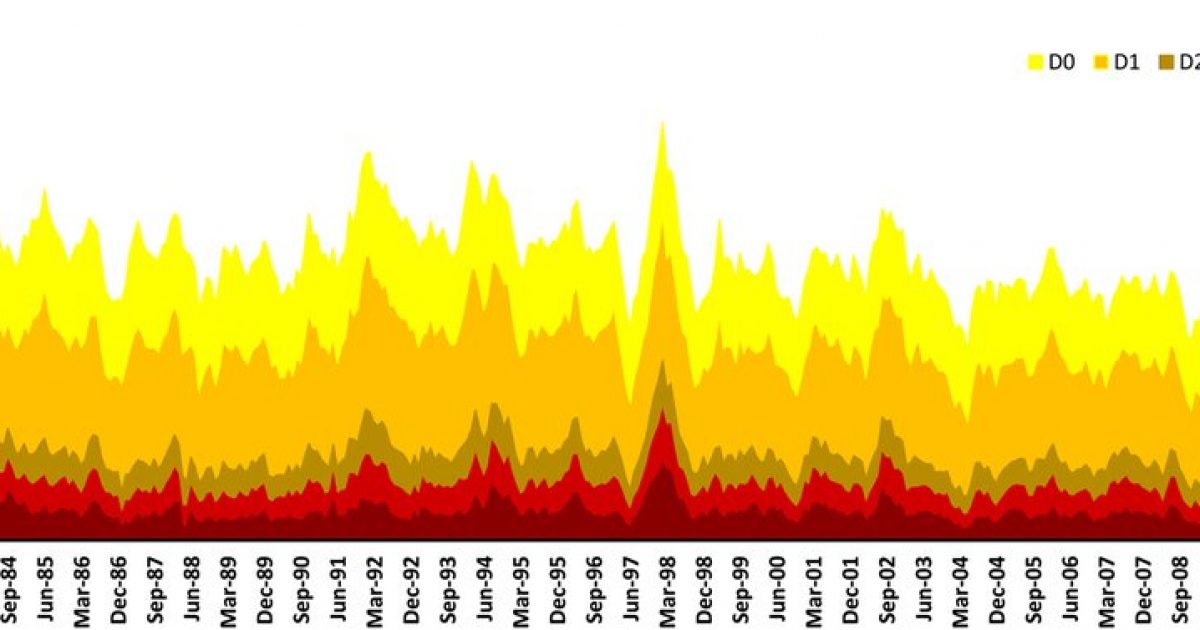 With climate models and Spanish researchers both predicting that Spain’s droughts will get more intense and more regular than before, this is the second year since 2012 that heat and drought have threatened the country’s trademark olive harvest.

The drought in Spain and its impact on the olive market is potentially very significant,” Lamine Lahouasnia, head of packaged food at Euromonitor International, told the Wall Street Journal. “If the drought does end up adversely affecting Spanish yields, it is very likely that we’ll see rising consumer prices in 2014.”

European olive oil prices are already up over 30 percent since the beginning of the year, a phenomenon driven by above average temperatures and low precipitation across the Mediterranean olive-growing belt. According to the IPCC, the Mediterranean may be one of the most impacted areas of the world from climate change. Already a hot, semi-arid region, hotter summers and more intense and frequent droughts will threaten water supplies and agricultural production.

Notice the word ‘may’. The supposition offered by “Think Progress” does not agree with science that states there has been no increase in droughts world-wide.

“It is misleading and just plain incorrect to claim that disasters associated with hurricanes, tornadoes, floods or droughts have increased on climate timescales either in the United States or globally,” Professor Roger Pielke Jr. said in his testimony before the Senate Environment and Public Works Committee.

In May of 2014 Professor Pielke published a graph that shows the intensity of the planet’s droughts from 1982 to 2012. The graph shows that neither droughts nor their intensity have seen a growth trend during that 30-year period.

Historical analysis of wildfires around the world shows that since 1950 their numbers have decreased globally by 15%… The world has not seen a general increase in drought. A study published in Nature in November shows globally that “there has been little change in drought over the past 60 years.”

Finally according to “Think Progress” this “climate changed created drought” is two years old.  But the earth hasn’t shown any warming for 17 years, 10 months and counting.