If You Think Inflation Is Bad Now, Just Wait Until The Winter

You Ain't Seen Nothing Yet 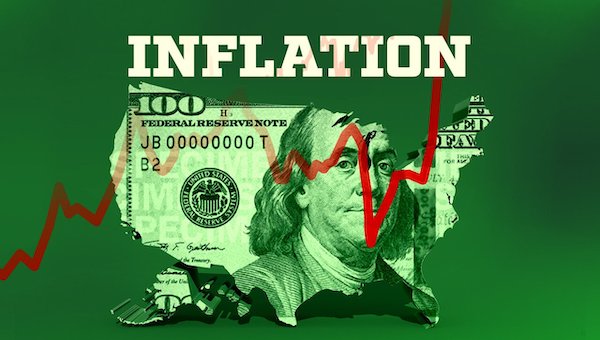 Early Wednesday morning, the bad news we knew that was coming, finally came. According to the Department of Labor Statistics, consumer prices in October rose 6.2% vs. a year ago. That inflation rate was higher than the expected 5.8% and the highest in over thirty years. That was the good news.  The bad news is if you think inflation is terrible now, just wait until February because by then it will be much worse.

“What do these numbers say? Simply that inflation is going to be long-lasting and structural inflation has picked up speed”, said Peter Cardillo, chief market economist at Spartan Capital Securities In New York.

“The bottom line is that this is going to be a real challenge for the Fed in the coming months and suggests that inflation has not peaked,” he added.

Energy prices were a significant part of the inflation rise. They will continue to increase and will affect overall inflation even more as the increases work their way through the economy.

In 2020, the American economy reached a long-desired goal, energy independence. However, during Biden’s first days in the White House, he signed executive orders stopping the drilling at ANWR in Alaska and canceling the Keystone XL pipeline. These executive orders sent energy companies a message that he intended to keep his promise to kill the fossil fuel industry.

Worried their businesses were facing attacks from team Biden, energy companies became reluctant to commit more money into new oil and gas production. Also, institutional investors who have traditionally invested in fossil fuel companies have become energy woke. They have cut them out of investment  portfolios entirely,

Here in the U.S. and energy production has decreased, and renewals haven’t picked up the slack. To keep prices from getting too high in the short term, Biden has been begging OPEC to produce more oil/ So far their answer has been no.

As I learned in the only economics course I took in college, A decrease in supply will raise prices. But that’s only part of the 2021 story. As the economy continues to open up as the COVID pandemic ends, demand is increasing substantially. Supply down, demand up anyone who took the most basic of economics classes knows what that means.

Crude oil is up 65% this year to $83 per barrel. Gasoline, above $3 per gallon in most of the country, is more costly than any time since 2014, with inventories at the lowest level in five years.

Meanwhile natural gas, which provides more than 30% of all U.S. electricity and a lot of wintertime heating, has more than doubled this year to $5 per million Btu.

Even coal is exploding, with China and India mining as fast as possible. The price of U.S. coal is up 400% this year to $270 per ton.

And to further depress the coal business in the U.S, energy czar John Kerry announced that the country would stop using coal within 14 years, 2035.

As I write this in October, it’s not yet winter.  As temperatures decrease, corporations and households will consume even more energy,  increasing demand. Winter heating is not an optional cost. One cant allow one’s family and/or employees to freeze. The increase in consumption of energy during the winter will raise prices even higher.-

That’s only part of the story. The higher energy prices and the need to keep indoor temperatures warm will raise the cost of producing products.  The increase in energy costs will also raise the price of the supply chain—an increase in the fuel costs for trucks, container ships, etc. Companies will not eat those higher prices. The costs of producing and shipping products will force companies to increase the price of their goods.

Put it all together, as the weather gets colder,  energy costs will rise even faster. The increase in energy cost will raise the prices of goods produced from companies the use energy in the production and distribution of their products which will be passed along to the consumers.

In the end, if you think inflation is high today, just wait. It will be much higher by Valentine’s day.