The 1967 Israeli Border Doesn’t Exist (and Never Has) 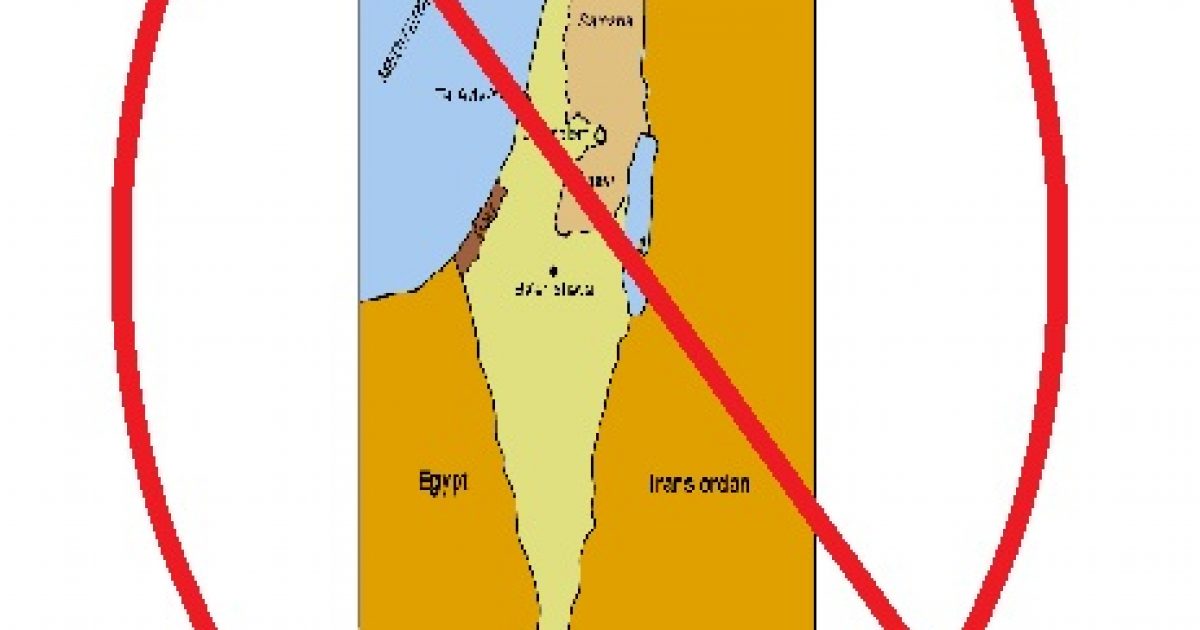 Facebook Twitter Flipboard
Secretary of State Kerry was pushing for Israel to BEGIN negotiations by agreeing to return to the  pre-1967 borders. What Kerry knows but
won’t admit is that there is no such thing as pre-1967 borders. That
“green line” running through the West Bank is the 1949 Armistice Line.
The armistice line was created solely because that’s Israeli and Arab
forces stopped fighting at the end of the War of Independence (with some
added adjustments in certain sectors).

Therefore that 1949 line, that people call 1967 border is really only a military line.

In fact, Article II of the 1949 Armistice Agreement with the Jordanians
explicitly specified that the line that was designated did not
compromise any future territorial claims of the two parties, since it
had been “dictated by exclusively by military considerations.” Of
course the Jordanian rationale for that clause is to allow them to claim
territory inside the armistice line for their very own.

Even if the Palestinians were to change their minds about wiping the Jewish State off the map (they never have), there would remain another major barrier to Israel reverting to the pre-June 1967 borders….they do not exist!

Even the “famous” UN Resolution 242 which was passed by the UN Security Council five months after the Six-Day War recognized that the 1949 Armistice line was not supposed to designate final Israeli borders.

It was no accident “the” was left out. Diplomats are very exact in their language. During the negotiations to create resolution 242, Arab governments tried three times to have “the” inserted in the resolution and their request was rejected. But, by repeating what they wanted the resolution to say all these years, the Arabs succeed in convincing many people to accept their distorted interpretation of 242.

Statements made by the drafters of 242 prove there is no ambiguity about what they meant.

Lord Caradon, sponsor of the draft that was about to be adopted, stated, before the vote in the Security Council on Resolution 242:

Michael Stewart, (Great Britain) Secretary of State for Foreign and Commonwealth Affairs, in reply to a question in Parliament, 17 November 1969:

“Question: “What is the British interpretation of the wording of the 1967 Resolution? Does the Right Honourable Gentleman understand it to mean that the Israelis should withdraw from all territories taken in the late war?”

Mr. Stewart: “No, Sir. That is not the phrase used in the Resolution. The Resolution speaks of secure and recognized boundaries. These words must be read concurrently with the statement on withdrawal.”

“I have been asked over and over again to clarify, modify or improve the wording, but I do not intend to do that. The phrasing of the Resolution was very carefully worked out, and it was a difficult and complicated exercise to get it accepted by the UN Security Council. “I formulated the Security Council Resolution. Before we submitted it to the Council, we showed it to Arab leaders. The proposal said ‘Israel will withdraw from territories that were occupied’, and not from ‘the’ territories, which means that Israel will not withdraw from all the territories.” (The Jerusalem Post, January 3 1970)

Arthur Goldberg, US representative, in the Security Council in the course of the discussions which preceded the adoption of Resolution 242:

“That Resolution did not say ‘withdrawal to the pre-June 5 lines’. The Resolution said that the parties must negotiate to achieve agreement on the so-called final secure and recognized borders. In other words, the question of the final borders is a matter of negotiations between the parties.”

“We keep constantly in mind that a just and lasting peace in the Middle East has necessarily to be based on secure, permanent boundaries freely agreed upon and negotiated by the neighboring States.” (S/PV. 1382, p. 66,22.11.67 ).