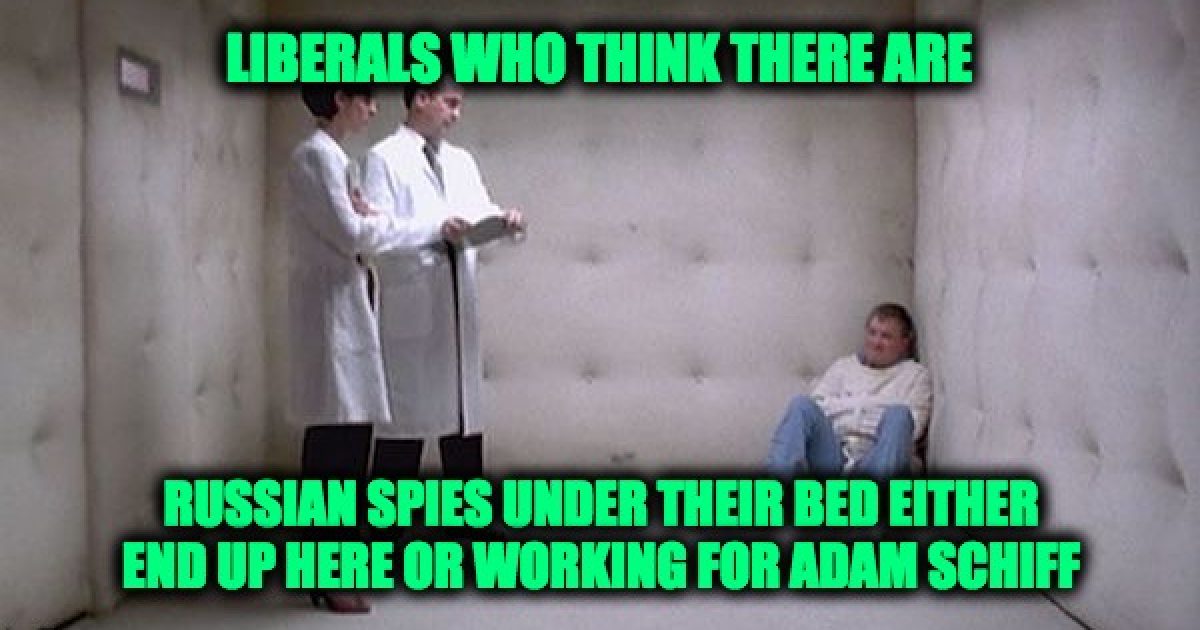 One of the most glorious things about this grand nation of ours is the fact that differing opinions run rampant, and our Constitution protects those opinions under the umbrella of free speech.

While this may seem like “the norm” for We The People, that’s only because it can be hard to imagine living any other way.  But, in fact, we are fortunate to have been born under such sovereignty, and we mustn’t ever take any of that for granted.

This has led, of course, to some wild and wacky sentiments being disseminated, mainly by the tragically deranged liberal left, who are still reeling in anguish over the loss suffered by Hillary Clinton nearly two years ago now.  They have contracted something that the world has taken to calling “Trump Derangement Syndrome”; a sickness that is characterized by an unhealthy and unpredictable amount of rage at the mere mention of the successes of the President.  Furthermore, in some of the more advanced cases, the rhetoric that emanates from the afflicted has turned violent and ruthlessly suggestive, yet no one on the left has the forethought or wherewithal to condemn it.

Such is the case in Denver, Colorado today.

The Denver Post published a letter to the editor suggesting President Donald Trump should be executed for treason.

The letter, written by Suzanne Gagnon of Lakewood, was in response to the paper’s editorial last week, which gave tepid praise of Gardner. The editorial argued the Republican senator “deserves credit” for taking a tough stance against Russia and sponsoring legislation to add Russia to the state sponsor of terror list.

And then came the kicker:

“Besides being in agreement with the actions recommended in the editorial of July 19, I believe there are many more actions that can and should be taken against Trump to keep him from destroying the U.S.,” she said. “If our leader doesn’t support any swift, significant pushback against Russian meddling, our votes aren’t worth much.” 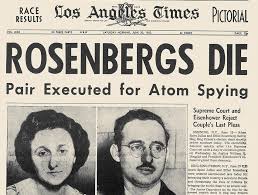 Of course, this letter does not take into consideration the fact that there is still zero evidence of Russian collusion with the Trump campaign…a fact that has likely been omitted merely to make the extremely suggestive language seem somewhat tolerable.

The Denver Post pushed back against the accusation that Ms. Gagnon was calling for the execution of the president:

“We would never run a letter suggesting that the president of the United States be executed,” said Megan Schrader, editor of the editorial pages. “Upon reviewing this letter, I don’t think that was the letter writer’s intent.”

“She wrote to be critical of an editorial I wrote lauding Sen. Cory Gardner’s efforts to impose sanctions on Russia and supportive of another editorial we had run that suggested actions Congress could take to respond to the Helsinki press conference,” Schrader added.

It is evident that someone with such a severe case of Trump Derangement Syndrome like the letter writer, Ms. Gagnon should be prevented from reading, viewing, or listening to liberal dominated news until they stop calling themselves John Harker, as well as foaming at the mouth, eating spiders,  wearing their glasses at the tip of their nose like Sen. Chuck Schumer, and blowing up their lips like Nancy Pelosi. 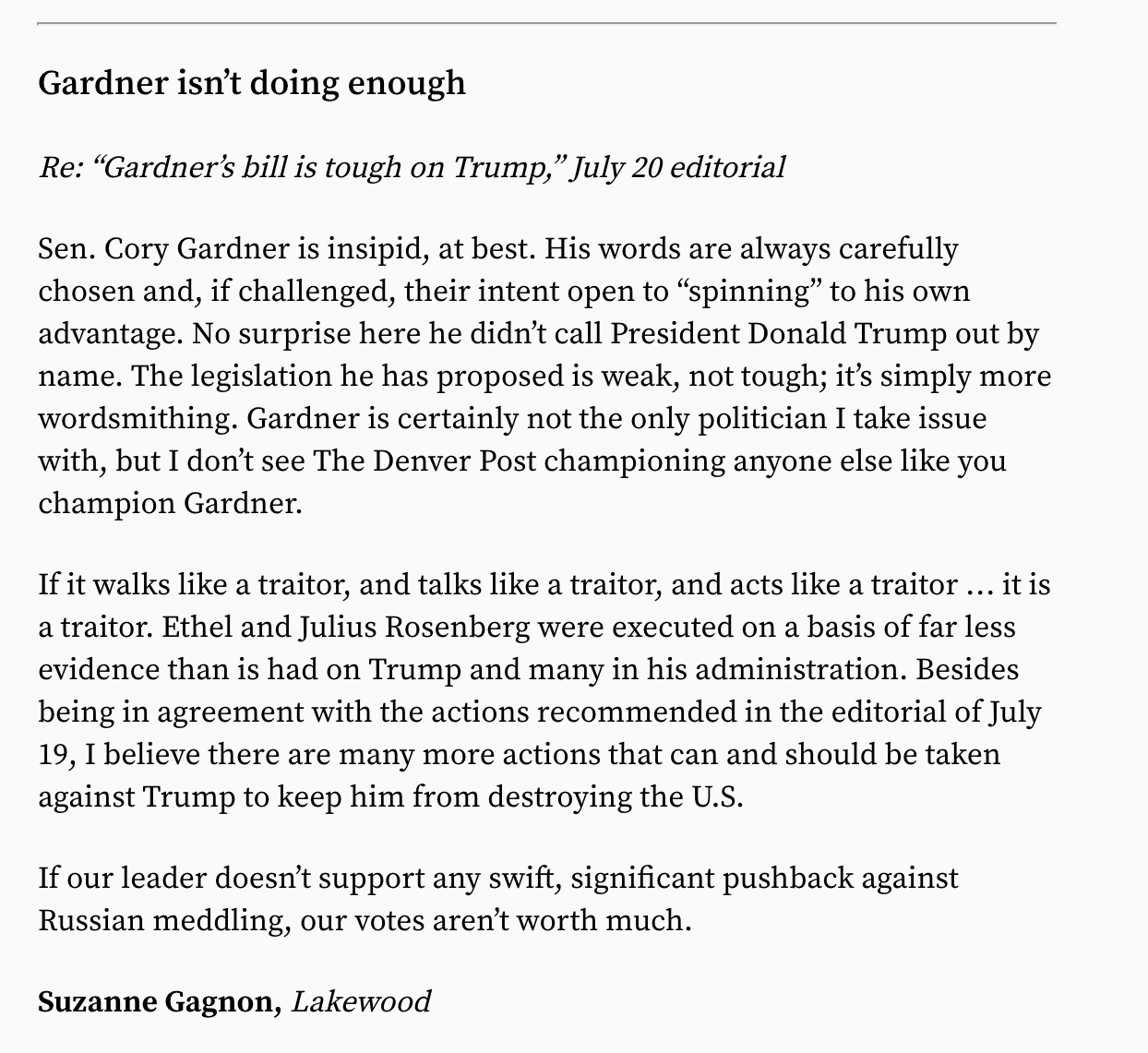 Most of this post was first seen at Constitution.com