The Tax “Gimmick” That Could Wipe Out Middle Class America: HR 5376 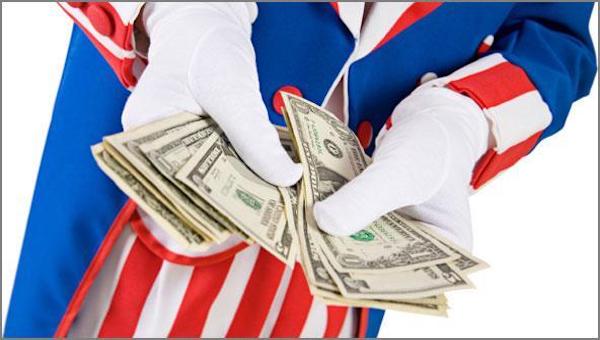 Democrats are – by design – causing chaos in the American economy. But Biden’s promise to not raise taxes on anyone with incomes under $400,000 is a blatant lie. If the tax gimmick (HR 5376) they have proposed is enacted, income taxes for everyone in all income brackets would be raised – without any tax relief for anyone.

The JCT- Joint Commission on Taxation – a bipartisan commission that has economists as part of its makeup, analyzed the Democrat Tax gimmick and found that even Americans making between $50,000 and $75,000 and all other income levels will see a tax increase by 2029 with no tax breaks. All of which blows Biden’s campaign promises to smithereens.

According to the US Senate Committee on Finance

A new pair of analyses by the nonpartisan Joint Committee on Taxation (JCT) shows that the Democrats’ latest tax-and-spend provisions under discussion will increase taxes on millions of Americans making less than $400,000 per year, and the average tax rate for every single income category would increase.  The JCT previously confirmed that the House-passed Build Back Better Act (H.R. 5376) would result in meaningful tax increases for taxpayers at every income level.

News reports suggest Democrats are prepared to move forward with the full slate of tax increases in the House-passed legislation, without any tax cuts for lower- or middle-income households.  JCT estimates that legislation retaining those tax increases, while removing the social policy tax cuts that had been contained in Subtitle G, would provide zero tax relief for the middle class, with the vast majority of Americans seeing tax increases at a time when they can least afford it. (Screenshot) – in a press conference, Senator Crapo outlines the problems with HR 5376

At a time when everything from groceries to gas has people strapped down, Biden’s tax gimmick threatens to derail Americans’ incomes even worse by increasing taxes. Independent studies by the Tax Foundation and the Committee for a Responsible Federal Budget (CRFB) have shown that this Democrat proposal would literally wipe out any “hit” on the wealthy and pass the burden to the lower income brackets. America’s middle class would disappear in under this Democrat tax gimmick – which is by design. Communism by any other name is still the same. There is no “middle class” in a communist society. Only the elite wealthy will remain.

“While Republican tax reform in 2017 cut taxes for all Americans, and increased the progressivity of the tax code, the Democrats’ approach to tax reform does not cut taxes for anyone, but it would raise taxes on millions of lower- and middle-income Americans at a time when they can least afford it.

The economy is already reeling from Democrats’ bad policies and people are struggling to make ends meet. The last thing they need are higher taxes, especially in light of rising odds of a recession and stagflation.”

Crapo was referring to the June 23 (pdf) and June 27 (pdf) analyses by the 10-member panel, which made the studies available to Members of Congress and their staff but did not publicly issue news releases describing the results. Both analyses focused on H.R. 5376, as amended. The Epoch Times

Keep in mind that history has shown that socialism always ends in tyranny. Thanks to far-left Democrat policies, people become more dependent on the government to help them in tough times. Taxes increase, the cost of essential items increases, and gas is out the roof, all of which has been fed by lies. Contact your Senators and demand that they vote NO on HR 5376. IF they don’t, the consequences for all of us will be dire.