Flying Old Glory? Your House Just Might Get Torched By Rampaging Unhinged Leftists 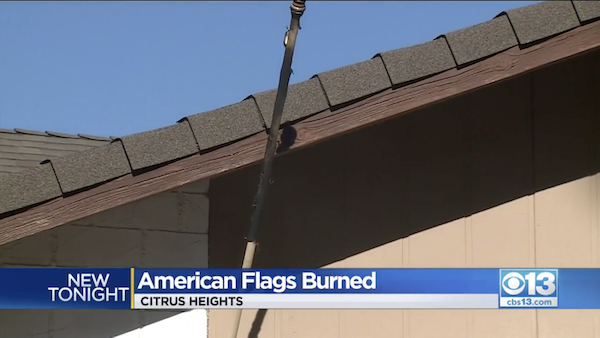 the Stars and Stripes

Remember when they called us crazy for saying the hard Left hated America? Now they’re shouting it from the rooftops.

Whether spouting their ‘America was never great’ line, denigrating our institutions and Western Culture generally, the Democratic Party driven left, they REALLY hate everything America stands for. When they say they want to ‘fundamentally change’ America, those are the things they want to do away with.

They have learned to loathe not just America but anyone who embraces the national symbols especially the stars and stripes.

As you read this story, notice the placement of this flagpole, and how easily the fire could have spread to the home. 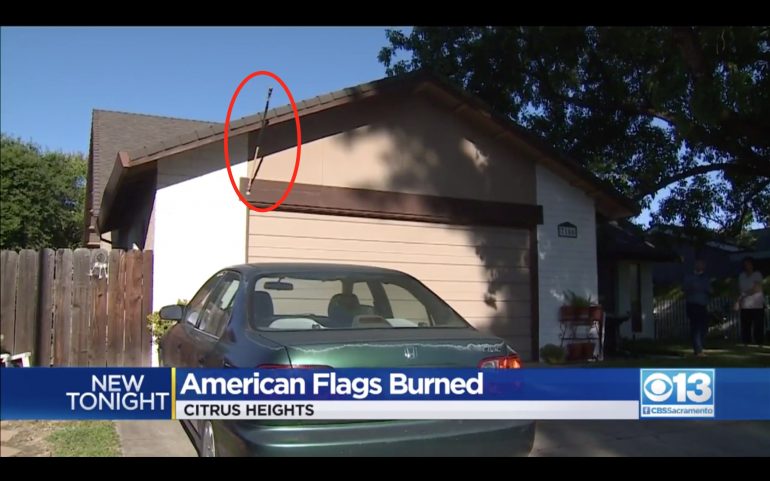 Police are investigating a string of arsons, targeting Citrus Heights homes with American flags on display.

At least four homes were targeted in the Sungarden neighborhood early Saturday morning. So far, police say they don’t know the motive.

A charred pole is all that’s left of the American Flag that had been flying outside Marie Nuzzi’s home.

“If it had burned longer it would have caught the house on fire,” Nuzzi said. “Somebody’s lives, for what?”

The fire was set at about 3 a.m. Saturday morning and burnt out before reaching the house where Nuzzi and three other family members were sleeping inside.

“It was a nylon flag, so it’s just all this black soot is just on the concrete,” Nuzzi said.

Arsonists also set the trees on fire outside another home on Nuzzi’s street where smaller American flags are on display around the front lawn. At least two other American flags were also set on fire. —CBSSACRAMENTO

It’s not enough that they have a private belief. They feel a need to intimidate and harass anyone who dares to hold a belief they oppose.

Just a little something to keep in mind when elections come around in November.

Watch the news report about the Fires below.