The Secret and Sordid History of the Democratic Party (Video) 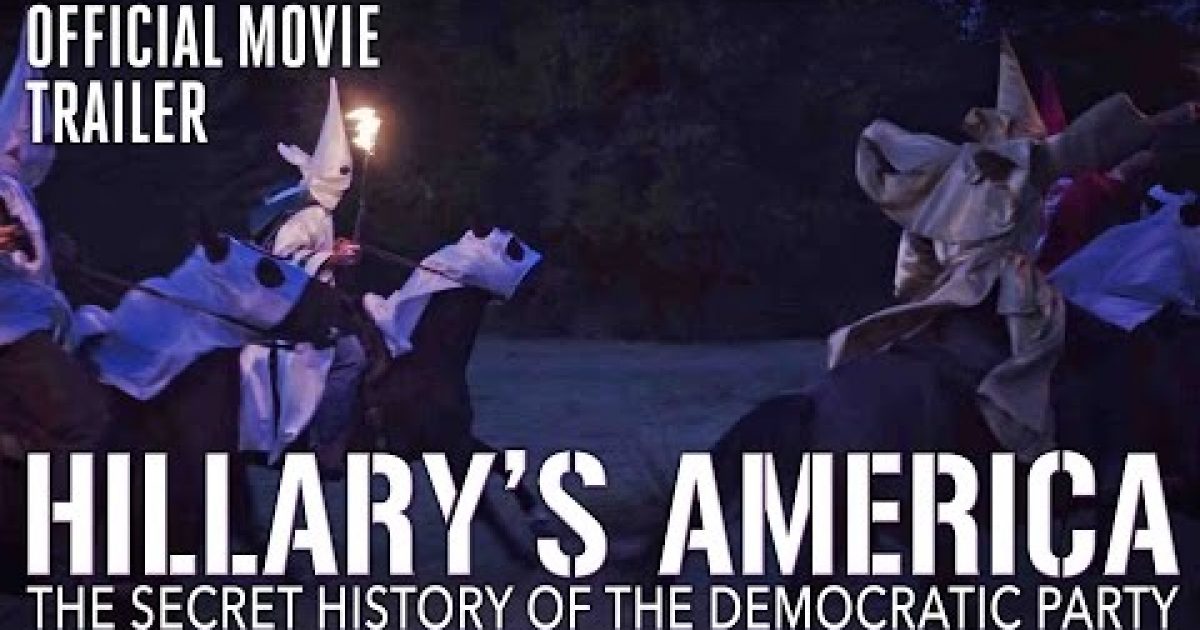 Hillary Clinton is riding a wave of inevitability, Dem superdelegates carrying her onward toward the White House.

As scandal after scandal unfolds, Mainstream media maintains their cover and coverage, acting every bit the messaging branch of Team Hillary.

But, just as there are unsavory secrets in Hillary’s past, so too, the Democratic party owns a repulsive history. And do not be deceived: Dems and Dem operatives will do everything in their power to keep that history veiled.

Dinesh has been and remains indefatigable is his efforts to strip the facade from Obama and The Left, his newest film offering, “Hillary’s America: The Secret History of the Democratic Party.”

D’Souza has been the target of federal investigations, most likely due to his books and movies exposing Obama’s rabid anti-colonialism. As written by Eugenia Peretz for Vanity Fair:

Last May, he pleaded guilty to a campaign-finance violation after he was caught getting two straw donors to contribute to the campaign of his old friend Wendy Long, who was running against Kirsten Gillibrand in the U.S. Senate race in New York. At one point, he was facing up to two years in prison, though he ultimately got eight months in a halfway house, plus community service, and a $30,000 fine. Still, it’s no small price to pay given that most people who commit the same crime don’t get caught.

And not one let moss grow under his creative endeavors, Dinesh is now going after the big kahuna, AKA Hillary and the Democratic party.

It’s high time a major film exposed the pernicious beginnings and history of the Democrat party; for too long The Left in the United States has pointed to the Grand Old Party as the party of white racists when in fact quite the opposite is true.

The Republican party was formed as the ANTI-slavery party, while the Democratic party was the choice for both the overt Klansmen and the “more refined” Citizens’ Council members.

Let’s hope that Hillary’s America, which debuts July 2016, makes a big ruckus and informs millions of voters, including low-information voters.

When all is said and done, Hillary Clinton should be sporting an orange jumpsuit and using stationary with the return address 1300 Metropolitan Ave, Leavenworth, KS 66048, NOT 1600 Pennsylvania Avenue.

And the Democratic party should be seen for what it is: the purveyor of division and strife rooted in a history of abject racism.