The Scourge Of Anti-Semitism Continues To Grow In France 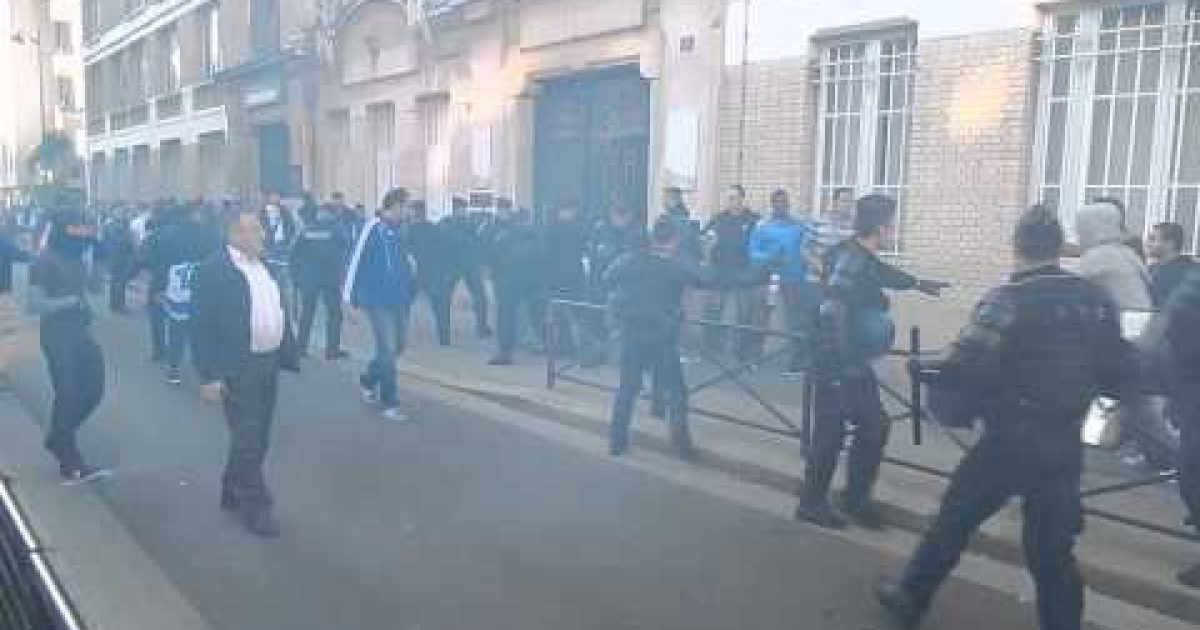 The scourge of anti-Semitism continues to grow in France. According to reports, on Monday, a gang of 20 attackers assaulted visibly Jewish students wearing kippot (yarmulkes). The students were studying at a local library in Paris. The attackers, described as being of North African descent (probably Muslim immigrants), approached the Jewish students from two directions in the library, pouncing on them and beating them until they were bloody. The Jewish kids ran from the scene, and in the process two students were stabbed, leaving them with light wounds. Police were called and some of the attackers were brought in for investigation.

Other recent attacks include:

Two Saturdays ago, attackers reportedly approached a Paris synagogue in the city’s 20th District armed with an AK-47 assault rifle and a handgun.

According to reports they began aiming their guns at bystanders and the building itself and pretended to open fire, but fled the scene when they saw armed French police officers guarding the synagogue. Reports say they escaped on a scooter.

The Saturday prior to that, two visibly Jewish teenagers wearing kippot reported being sprayed with tear gas in Sarcelles, a northern suburb of Paris, by North African assailants. A week before that, two other Jewish teenagers, aged 14 and 15, narrowly escaped an axe-wielding man of Arab appearance in another Paris suburb.

Almost ten years ago, then Israeli Prime Minister Ariel Sharon caused an international incident when he told French Jews to move to Israel immediately to escape the country’s growing anti-Semitism.  Both the French government and the French Jewish community blasted Sharon’s words.

He told a meeting of the American Jewish Association in Jerusalem that Jews around the world should relocate to Israel as early as possible. But for those living in France, he added, moving was a “must” because of rising violence against Jews there.

France’s foreign ministry said it had asked Israel for an explanation of the “unacceptable comments”.

French Jewish leaders, interviewed on France-2 Television, said Mr Sharon’s remarks were unhelpful. “These comments do not bring calm, peace and serenity that we all need,” said Patrick Gaubert, of the International League Against Racism and Anti-Semitism (Licra). “I think Mr. Sharon would have done better tonight to have kept quiet.”

“It’s not up to him to decide for us,” said Theo Klein, honorary president of Crif, which represents French Jewish organisations.

Ten years after Sharon spoke out, the Jews of France are listening.  According to the Jewish Agency for Israel, during the first three months of this year, 1,407 of France’s roughly 500,000 Jews left for Israel. This is a rate four times higher than for the same period last year. 3,288 French Jews immigrated to Israel last year; in a 72 percent increase over 2012. French émigrés surpassed the number of American émigrés for the first time since 1948, the year Israel was founded. The Jewish Agency says it expects some 5,000 to make the trip this year.