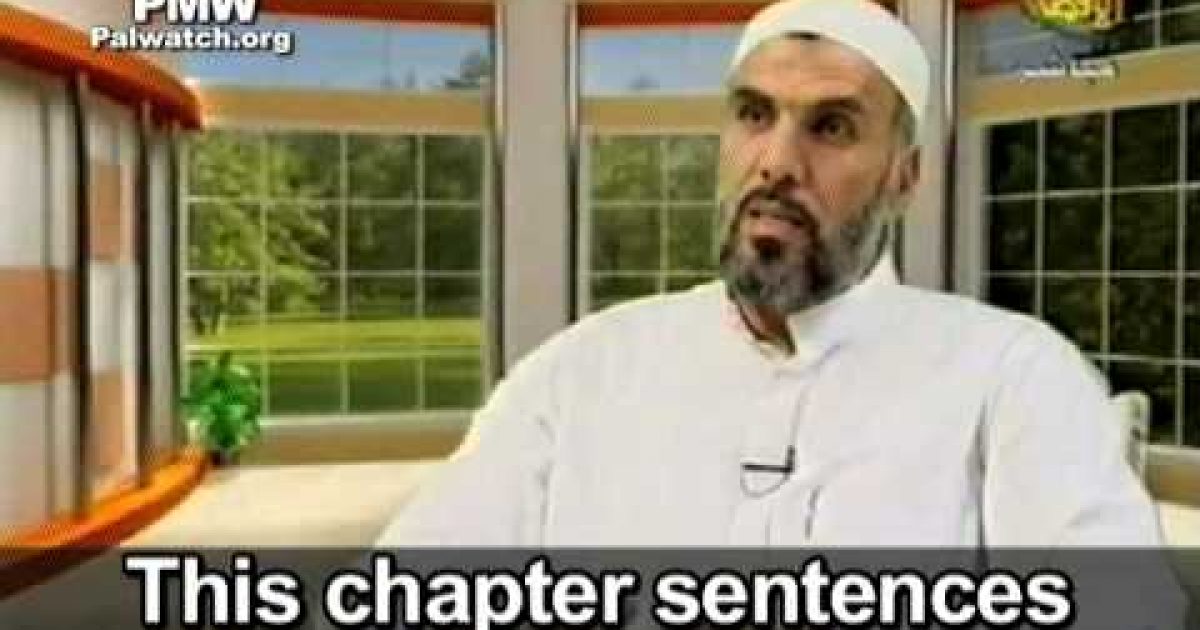 Another big lie being told by TV talking heads about the 23-day-old Gaza conflict is; if Israel destroys Hamas it could be replaced by something worse. Anyone who believes that to be the case has no idea of the nature of the Muslim Brotherhood offspring. Just like ISIS the stated ultimate goal of Hamas is a worldwide Muslim caliphate living under Sharia law. The only difference between the goals of the two groups is their names.

The assumption by causal observers is that if Fatah, the party of Palestinian President Abbas moderated Hamas will too.  Whether or not Fatah has moderated can be disputed but if we start with that premise being true that statement ignores the fact that all terrorist groups, indeed even all Palestinian terrorist groups are not alike. Fatah’s goals are more political and secular; Hamas is a radical Islamist group with religious/political goals.

Article 33 of the Hamas Charter reads:

The Islamic Resistance Movement, being based on the common coordinated and interdependent conceptions of the laws of the universe, and flowing in the stream of destiny in confronting and fighting the enemies in defence of the Moslems and Islamic civilization and sacred sites, the first among which is the Aqsa Mosque, urges the Arab and Islamic peoples, their governments, popular and official groupings, to fear Allah where their view of the Islamic Resistance Movement and their dealings with it are concerned. They should back and support it, as Allah wants them to, extending to it more and more funds till Allah’s purpose is achieved when ranks will close up, fighters join other fighters and masses everywhere in the Islamic world will come forward in response to the call of duty while loudly proclaiming: Hail to Jihad. Their cry will reach the heavens and will go on being resounded until liberation is achieved, the invaders vanquished and Allah’s victory comes about.

We look forward to future victories, in which, Allah willing, we will liberate our land, our Jerusalem, our Al-Aqsa [Mosque], our cities and our villages, Allah willing, all this in preparation for establishing the next Islamic Caliphate. Therefore, brothers and sisters, we are at the brink of a period of global Islamic culture, whose fuel is Gaza, whose spearhead is Gaza, its Jihad fighters (Mujahideen) and commanders are Gaza, Allah willing…

A month later he said

We shall liberate our land, Allah willing. We shall liberate our Al-Aqsa Mosque, and our cities and villages, as a prelude to the establishment of the future Islamic Caliphate. Therefore, brothers and sisters, we are at the threshold of a global Islamic civilization era.

Palestine’s blessing is linked to destruction of the center of global corruption, the snake’s head [Israel]. When the snake’s head of [global] corruption is cut off, here in Palestine, and when the octopus’s tentacles are cut off around the world, the real blessing will come with the destruction of the Jews, here in Palestine, and it is one of the splended real blessings in Palestine. A greater blessing will come later, praise Allah, the Lord of the worlds, with the establishment world-wide of a rightly-guided Caliphate.”

Hamas MP and cleric Yunis Al-Astal was interviewed on the Hamas-run Al-Aqsa TV on May 11, 2011 saying:

When Palestine is liberated and its people return to it, and the entire region, with the grace of Allah, will have turned into the United States of Islam, the land of Palestine will become the capital of the Islamic Caliphate, and all these countries will turn into states within the Caliphate. When this happens, any Palestinian will be able to live anywhere, because the land of Islam is the property of all Muslims.

Unlike Fatah whose ultimate goal is creating a Palestinian State between Jordan and the Mediterranean Sea, the ultimate stated goal of Hamas is destroying Israel, killing all the Jews, creating a worldwide Islamist Caliphate and forcing the rest of humanity into the shackles of Shariah law.
What would follow a destroyed Hamas will not be worse than Hamas, an organization dedicated to taking over the world by killing the non-believers.
The word Hamas appears in biblical Hebrew (chamas), it refers to a evil violent chaos.  In the section of the Torah introducing the story of Noah it says, “Now the earth was corrupt before God, and the earth became full chamas.”
The last time Hamas took over the world mankind was destroyed.  The modern Hamas wants replicate the Biblical one, to take over the world and (God forbid!) should that happen it would also result in the destruction of mankind.
Parler Facebook Twitter Flipboard