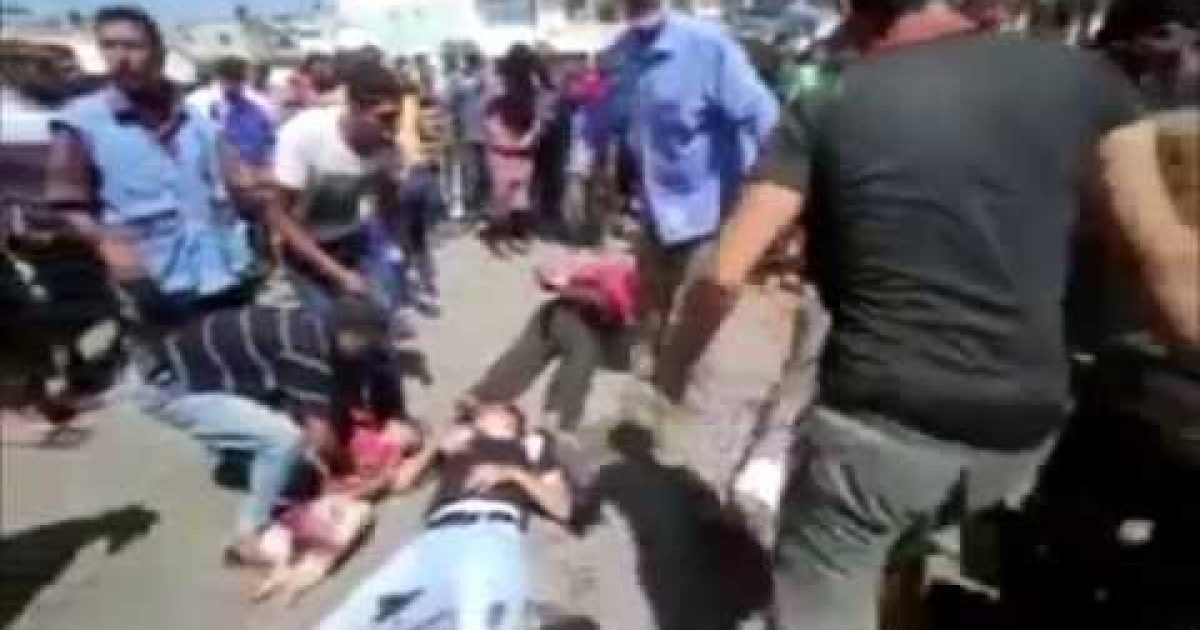 The account promoted by Hamas and repeated by the United States and the U.N. on Sunday was that an Israeli mortar hit a U.N. school, killing 10 people, including children. However, evidence has emerged the Israeli strike hit outside of the school and the bodies were moved into the courtyard to make it look like Israel hit the school.

As reported by Rick Moran at the PJ Tatler, the U.K Guardian pointed out the “projectile” hit on the road outside the gates of the school and the UK Telegram reported there was little damage beyond a hole in the middle of the road.

A deadly attack on a school in the city of Rafah in the south of Gaza has been denounced as a “moral outrage” and “criminal act” by the UN secretary general, Ban Ki-moon. At least 10 people were killed and dozens more wounded after a projectile struck a street outside the school gates on Sunday morning.

As Moran reported, the U.K. Telegraph had a similar account:

The school had been providing shelter to more than 3,000 people – the same number that had been seeking refuge at a girl’s school in Jabaliya last Wednesday when it came under attack from a hail of Israeli shells.

In contrast to that strike, which wrecked a classroom full of sleeping woman and children, the physical destruction this time appeared minimal: just a small but deep hole in the road where the missile had landed.

The video below shows how bodies were moved from the street into the school court yard. A small girl was brought into the courtyard and was added to the pile of adult bodies to make it look as if all the deaths came from the school.

In the video, two dead men are photographed outside the school, but later images show them inside school grounds, suggesting their bodies had been moved or they weren’t really dead.  A little girl then appears apparently lying dead and covered in blood, but pictures indicate she was placed there. Then another man picks her up and runs away from the school with her in his arms. We never see where he takes her or whether she is really dead.