The Next Must See Movie For (Adult) Comic Nerds: ‘Deadpool’ 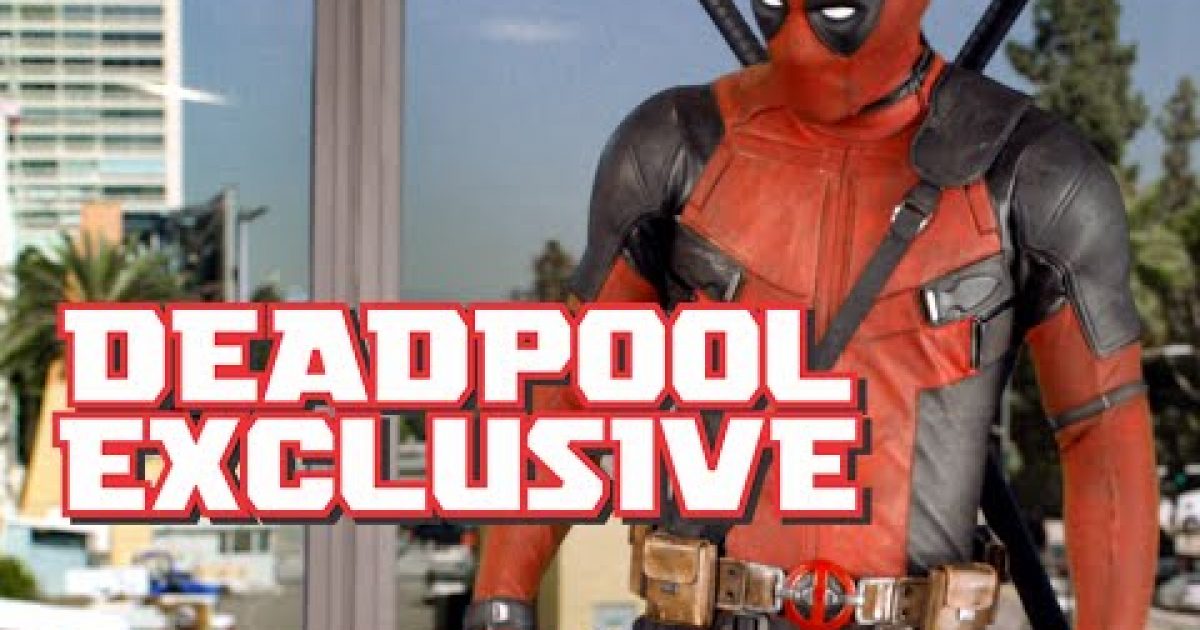 Now that Star Wars: The Force Awakens is out and wonderful, the next movie on my anticipated must-see list will (hopefully) appeal to both my nerd and funny chromosomes, Deadpool, due out in the theaters on 2/12/16.

BTW if you remember the Deadpool character in the first Wolverine move, forget about it…that giant mistake will be forever treated as it never happened.

For those of you not familiar with the character, Deadpool used to be special forces operator Wade Wilson. When he finds out he has terminal cancer he submits himself to a scientific experimentation which give him a  superhuman healing factor, that in the comics is derived from that of the mutant Wolverine . The healing factor allows him to regenerate damaged or destroyed areas of his cellular structure at a rate far greater than that of an ordinary human. The healing factor also gives him a disfigured face.

That may sound like the typical super-hero, but that’s where the comparison ends especially because Deadpool is not a hero. Deadpool lampoons everything about super heroes. And  Deadpool knows comic book character, and talks about it all the time.

Deadpool is played by Ryan Reynolds, who played Green Lantern in the lousy film about that character, Among other things that made the lantern movie awful was that his costume was created by computer generated animation. In the first trailer as Wade Wilson is being rolled into the surgery that will eventually turn him into Deadpool he makes fun of that Green Lantern bomb with a request to the doctors  they “please don’t make the super suit green. Or animated!”

The character is not the freedom-loving, honor and goodness character one might see in other action films. Deadpool, the “Merc with a mouth” is “f-bomb” throwing wise-ass with a sick (and funny) sense of humor.  In the first trailer one of Wade Wilson’s buddies tells him after the medical procedure which saved his life and ruined his face, “You look like Freddy Krueger face-fucked a topographical map of Utah.”

This movie almost never happened.  It had been rumored (and demanded by fans) for years. In fact there was even a script leaked on the net.  The real issue delaying production had always been for Fox (who owns the Deadpool franchise) to produce a movie that would do justice to the wise-cracking mercenary it would have to be R-rated and the >17 crowd is a huge part of the action hero movie fan base.

What changed their minds is test footage made in 2010 of Ryan Reynolds playing the character. The footage was leaked online in 2014 and the internet buzz was so intensely positive that Fox finally went ahead and greenlit the movie. Since then there has been an on going marketing campaign promising geeks that the film will be true to the character, as in the video below where Deadpool announces the movie will be rated “R.”

The most recent Deadpool campaign was called the “12 Days of Deadpool” which gave the fans hilariously sarcastic pictures and teasers leading to Christmas day where they found a link to the latest trailer in their email’s “stocking” waiting for them.

As trailers are supposed to do, the latest one makes one anticipate the release even more. Therefore if you are so included watch the R-rated “red band” trailer below, and join me in the 49-day countdown to the next movie that will (hopefully)  generate nerd-tears—Deadpool.