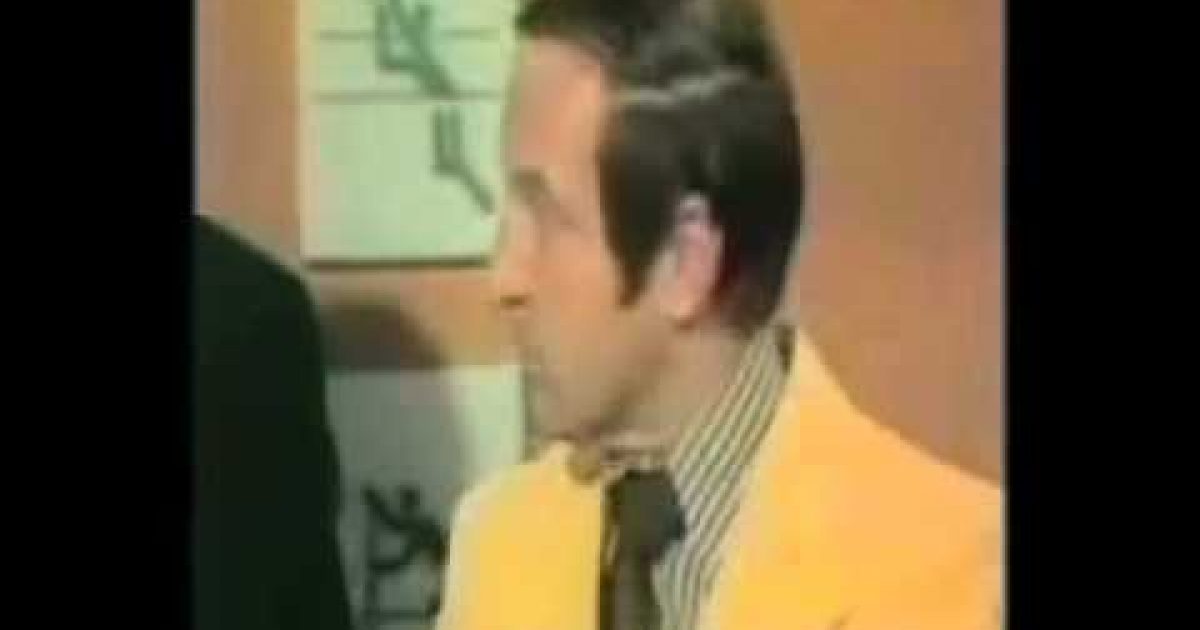 Those old enough to have seen this horror played out live and worldwide on Television will always remember the vivid image of a Ski-masked terrorist on the balcony as the horror played out. It was 42 years ago this very day, when Jim McKay, looking every bit the man who has been reporting without sleep for more than a day, making the horrible announcement, “they are all gone.”

Yassir Arafat sent five Palestinian Terrorists into an Olympic Village dedicated to peace and international cooperation. The funding for the terrorist team was arraigned by the future President of the Palestinian Authority Mahmoud Abbas.  Their successful mission was to shock the world–kidnapping and killing the Israeli Olympic team. This was the first terrorist tragedy played out live and worldwide on TV which is probably why we all remember that picture of the Ski-masked terrorist on the balcony.

Eleven innocents died that day. And the terrorist’s won. Sure Golda Meir sent out a hit squad and killed most of the murderers behind the attack. But that was followed up by a world-wide effort to legitimize the terrorist Arafat and the Oslo Accords, the second intifada, three wars with Hamas,one with Hezbollah.

They say that those who forget the past are doomed to repeat it. That is an apt description of the most of the governments of the western world, they quickly returned to appeasing terrorists as if nothing ever happened. That same appeasement led to groups such as al Qaeda and ISIS. Make no mistake about it all of those terrorist groups were suckled at the teat of the appeasement of Palestinian terrorism

In his book Abu Daoud, who was the mastermind behind the Munich attack stated:

When Abu Daoud died, Abbas has eulogized him as he has done with many terrorists since:

He is missed. He was one of the leading figures of Fatah and spent his life in resistance and sincere work as well as physical sacrifice for his people’s just causes.

“European governments have no alternative but to decide what they are going to do.
To every one which upholds the rule of law I suggest there is but only
one answer – no deals with terrorists, no truck with terrorism. Any
government which strikes a deal with these killers does so at its own
peril. What happened in Vienna is that a democratic government, a
European government, came to an agreement with terrorists. In so
doing it has brought shame upon itself. In so doing it has breached a
basic principle of the rule of law, the basic principle of the freedom
of the movement of peoples – or should I just say the basic freedom of
the movement of Jews fleeing Russia? Oh, what a victory for terrorism
this is!”

After 9/11 until the 2006 mid term elections, the United States stood up
to all terror, but after the lost of his congressional majority Bush’s
anti-terror resolve began to wane especially with regards to Palestinian
Terror.

Today our government no longer Identifies our enemy for what they are,
Islamist terrorists. We no longer say that jihad is a threat to the
country.  Our President attempted to outreach to terrorists and those who
support terrorists.  When Israel faced rocket attacks from a terrorist group that purposely put innocents in the line of fire, our President slammed Israel instead of the terrorists causing the civilian deaths. He
tries to negotiate with the despots in Iran but ignored those who try to
overthrow the terrorist supporting regime.  And when ISIS came along he ignored the threat until they became a super cell of terrorists. In short, Obama is appeasing terrorists to a level that hasn’t been seen since the days of Jimmy
Carter.

Golda Meir is no longer with us and that is too bad because like she
did in 1973 she could teach the world a thing or two about dealing with
terrorism. Hopefully our leaders will learn a thing or two from Golda,
before its too late.