The Wussification Of America: Mispronouncing Foreign Names is a Microaggression 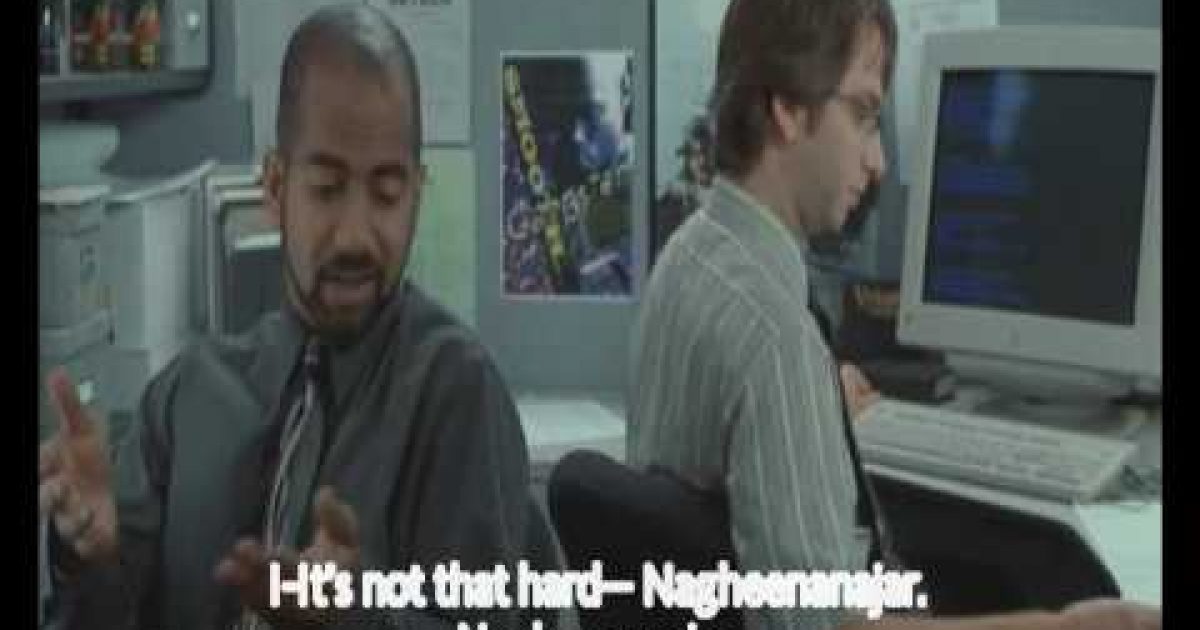 Growing up we were taught “sticks and stones will break our bones, but words will never hurt us.”  Back then best friends would find ways to express their bromantic affection by coming up with a creative way to tell each other how much they suck, or inventing the millions of guys who slept with their sister (or mother).

Until very recently, displaying strength through adverse circumstances was an attribute that people valued in this great country. How many among us have fathers bragged about walking  barefoot ten miles to school every day. The walk was uphill (both ways), and there were blizzards at least once a week,  even in May and June (in Miami).

Now things are different. Today we are dealing with generation who grew up receiving participation trophies because the purpose of sports was to feel good about ones self, instead of kicking the butt of the other team. This generation elected leaders who believe it really possible to negotiate with terrorists, or lead from behind. And those adults raised children who cannot bear to hear an opinion that differs with theirs, who go to schools that teach political conformity instead of the art of debate, that provide safe spaces where students can escape differing opinions and bask in the warmth of group think.  In short we have become a nation of wussies, where seldom is heard a discouraging word because discouraging words may make people sad.

My colleague at Eagle Rising, Philip Hodges, recently published a great example of what I am talking about. As he explains, saying ‘you guys’ is one of many “microaggressions” these days.  Phil explains that using the incorrect pronoun to refer to someone else is also considered a microaggression, and in severe cases can carry with it criminal penalties. However, if one lives in Brooklyn “youse guys” is still permissible (because it’s Brooklyn fuhgeddaboudit!).

The thought of having to change the way I speak because we are raising a bunch of politically correct wussies makes me want to run to my safe space, Skype with best guy friend so I can call him a turd.

But as Phil’s explains in hs latest article at Eagle Rising, this wussification of America has gotten much worse:

Now, mispronouncing a student’s name – even if it’s particularly difficult – is considered a microaggression.

I’m talking about people from other countries who speak other languages and come from different cultures who have names that are difficult for us English-speaking people to pronounce.

We’ve all had encounters with people from Central America, or India, or China, or somewhere in Eastern Europe, and have to have them repeat their name slowly so that we can – to the best of our abilities – pronounce it correctly.

But unless you speak their native language fluently, you’re not going to get it. It doesn’t matter how close it sounds to you, inside, they’re laughing at the way you say their name.

And I think most of these people understand that their names might be difficult for others – such as in America – to pronounce.

But now, teachers mispronouncing their students’ names – even if they’re difficult – is a “microaggression.” And there’s a national movement to make sure teachers across the country aren’t guilty of this microaggression. CNS News reported:

According to ‘My Name, My Identity: A Declaration of Self,’ a national campaign launched in 2015 by the Santa Clara County, Calif. Office of Education (SCCOE) and the National Association for Bilingual Education, a teacher who mispronounces a student’s name can cause that student “anxiety and resentment”.

“Mispronouncing a student’s name truly negates his or her identity, which, in turn, can hinder academic progress,” according to Yee Wan, SCCOE’s director of multilingual education services.

Rita Kohli, assistant professor of education at the University of California at Riverside, says it is a sign of “microagression” when a teacher mispronounces, disregards, or changes a child’s name, because “they are in a sense disregarding the family and culture of the student as well.”

The Washoe County School District in Reno, Nevada is one of 528 school districts across the country that have recently implemented a campaign to “pronounce students’ names correctly” – including names teachers and administrators find difficult or unfamiliar – in order to be sensitive to the ancestral and historical significance of a child’s name.

OH PULEEESE!!! My last name Dunetz, is pronounced done-its. In my years at school I was “dune-itz” “do-nets”  “doughnuts” and a host of other errant pronunciations. I guarantee you that none of the mis-pronunciations drove me to run home, slam shut my bedroom door, sit on my bed while hugging my non-existent participation trophies, rocking back and forth, and repeating over and over “ten minutes to Wapner”

CNS News linked to a 2014 blog post by a former teacher Jennifer Gonzalez who argued that “mutilating someone’s name is a tiny act of bigotry.”

She continued:  “Whether you intend to or not, what you’re communicating is this: Your name is different. Foreign. Weird. It’s not worth my time to get it right….

“And before you get all defensive about the bigotry thing, let’s be clear: Discovering that something you do might be construed as bigotry doesn’t mean anyone is calling you a bigot. It’s just an opportunity to grow.”

What wasn’t brought up, of course, is how people from outside the U.S. pronounce Americans’ names. My name is easy for me to pronounce, but non-Americans often have a hard time pronouncing it. And guess how much it hurts my feelings when they “mispronounce” it? Not a bit.

I’ll go further than Phil, is it bigotry when non-Jews have trouble with the “CH” sound?  Not the soft “CH” as in chia pets, but  hard Yiddish “CH” that sounds as if the speaker is coughing up a major sized loogie. Of course it isn’t bigotry. Allow me to explain a theory. The reason Jews are called the chosen people is because God chose us to have the ability to pronounce the CH sound correctly. And while we are only a small percentage of the world’s population we get an added joy that only the “chosen people” have. We get to laugh at the gentiles who tell off another person by saying, “kiss my Took-is”  instead of the solid, “kish mein tuchus” with the extra loogie sound that is reserved for the chosen people.

Do these wussified PC-infused educators quoted by PHIL really believe folks with hard to pronounce names feel picked on when somebody screws up the pronunciation of their names? Come on!  They are laughing at the pathetic verbal gymnastics of their American-born friends, the same way that the Jews who were chosen by God out of all the nations of the world to be able to say CH the right way (and laugh at those who can’t).

And as for my colleague Phil…well he says that sometimes he feels  like Samir Nagheenanajar from Office Space: