Is There A Ferguson Riot-Baltimore Riot Connection? 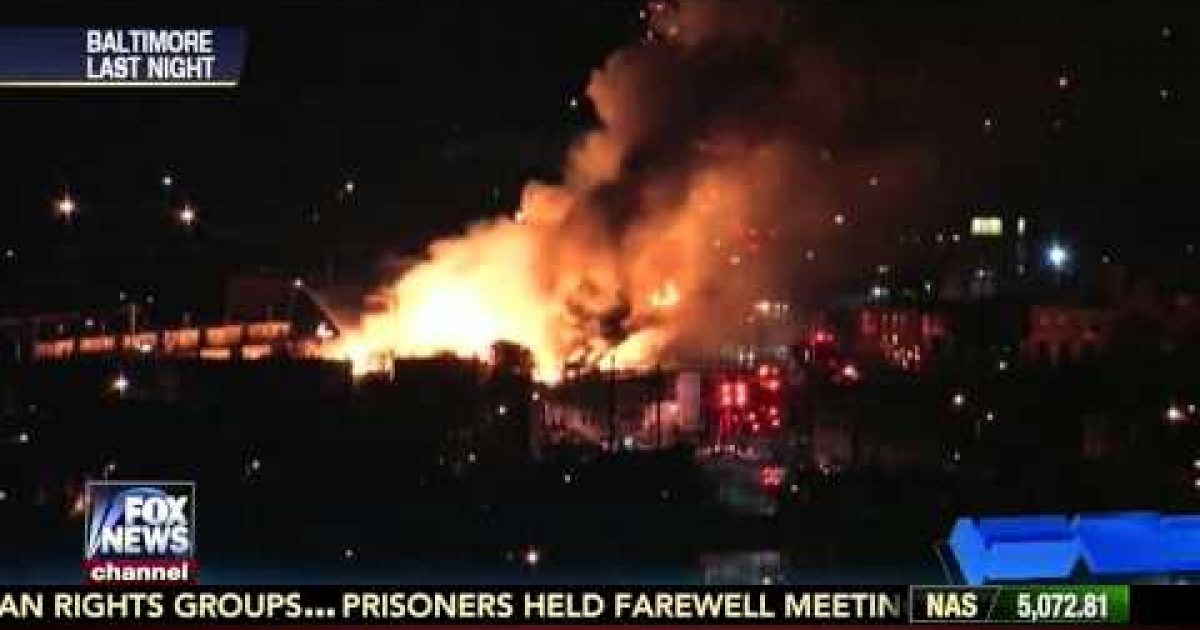 Fox News is reporting that the same social media accounts which were active during the most violent days of the riots in Ferguson Missouri were active on Monday as the violence in Baltimore began to spike. According to the report, that may be an indication that “professional protesters” may be trying to incite the violence. The information comes from “a leading data mining firm that shared its findings exclusively with Fox News.”

The firm, which asked to remain anonymous because of its government work, found between 20 and 50 social media accounts in Baltimore that were also tied to the peak period of violence in Ferguson. While further analysis is being conducted on the data, it suggests the presence of “professional protesters” or anarchists taking advantage of Freddie Gray’s death to incite more violence.

(…) One account, which also tracked the recent union protests in New York City as well as other disturbances, tweeted photos of Gray’s funeral and used language that seemed to anticipate violence in Baltimore.

The discovery that some social media accounts were tied to cities 825 miles apart was described to Fox News as “surprising.” While it is possible to spoof accounts and make it appear as if someone is in one location when they are really in another, the data mining firm told Fox News that it can’t fully explain the numbers.

The Fox report was broadcast on Tuesday. Interestingly on Tuesday evening there was a protest in support of the Baltimore protesters which ended in violence. According to the CNN report two people were shot in Ferguson, MO late Tuesday night during the rally.

“Police are having a difficult time investigating because of the rocks being thrown at them,” said Jeff Small, a spokesman for the city of Ferguson. “At this point police are not sure if the (shootings are) linked to the protest or not.”

Coincidence?  Maybe. Or Perhaps it is more proof the data mining firm is on to something.  I am sure they are examining Tuesday’s social media in Ferguson.