THE 70th Anniversary Of the Liberation of Auschwitz: A Survivor’s Story 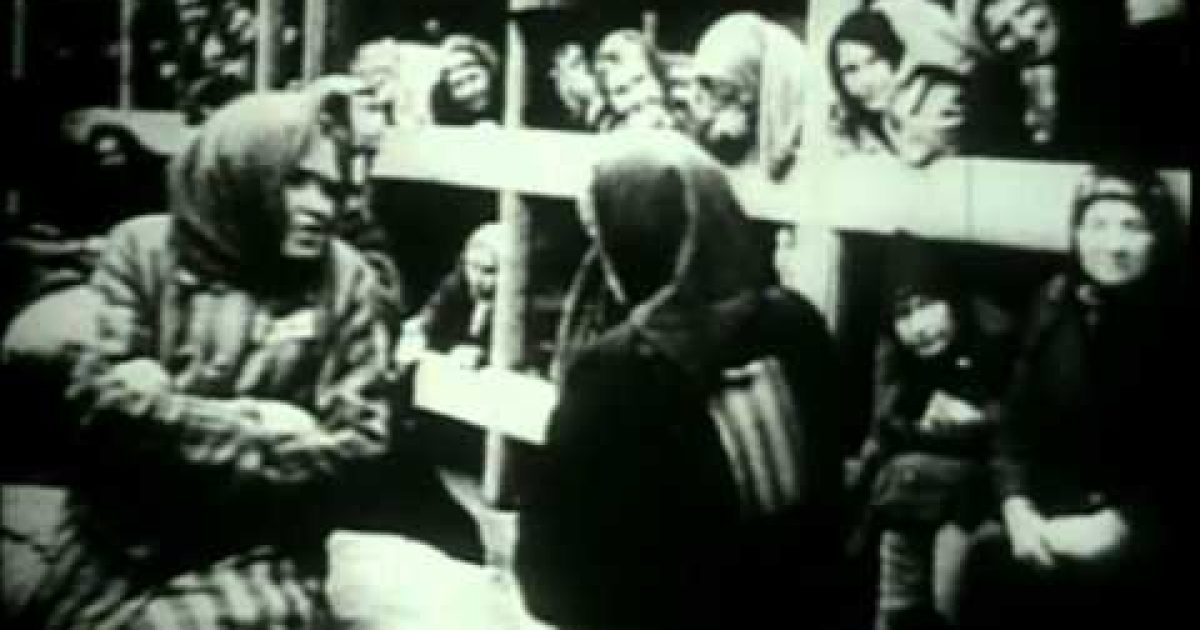 Usually on days like today, I will add a political message, explain how antisemitism in Europe and the US was making a come back that we all need to worry about. How the president of the United States is creating Judenrein areas in the Holy City of Jerusalem. But not today.  On this the 70th Anniversary of the Liberation of Auschwitz, the most wretched concentration camp of them all on January 27, 1945.  Instead of the usual fare, I  give you an essay by a survivor who eventually became tailor to the president of the United States and a video from the time of liberation.  Read the story watch the video, and understand why we must never let anything like this to happen again.

Seventy years ago I was in a Nazi concentration camp.

Since then, I’ve seen tyrants and dictators enter and exit the global stage. Yet as the world prepares to mark the 70th anniversary of the Auschwitz liberation, it is perhaps well and right that we reflect on how the Holocaust shocked the moral imagination on a scale the world could scarcely fathom.

Why ponder such things? Because for far too many, the Holocaust remains a mystery.

A major poll taken last year of 53,000 people found that just 54 percent had ever heard of the Holocaust. Knowledge of Auschwitz is likely even more limited, particularly among young people. Past surveys have shown that nearly half of Britons had never heard of Auschwitz. Some schoolchildren even thought Auschwitz was a type of beer.

Here at home in America a debate erupted last year when a teenager posted a smiling selfie at Auschwitz. Whatever your opinion on the appropriateness of her actions, I was at least pleased to be reminded that some young Americans still visit the Nazi concentration camp to learn history up close.

I, too, visited Auschwitz as a teenager. In 1944, my family and I stood in line before Dr. Joseph Mengele—the Nazi physician known as the “Angel of Death”—as my mother, grandparents, two sisters, and baby brother were all sent to the left to be burned in Hitler’s ovens. My father and I were sent to the right.

The first night inside Auschwitz my father said we must separate because together we would suffer double. “On your own, you will survive,” he told me. “You are young and strong, and I know you will survive. If you survive by yourself, you must honor us by living, by not feeling sorry for us. This is what you must do.” That was the last time I ever saw my father.

I’m grateful for my father’s words of grace and guidance. They echo in my heart even still. It’s a cruel thing, feeling guilty for surviving. But my father erased any future guilt and replaced it with purpose. It was a gift only a father’s wisdom could give. It gave me a reason to go forward, a reason to be. It does still.

Part of heeding my father’s words involved replacing the horrors of my Holocaust past with a life spent creating beauty in the form of hand-tailored suits for U.S. presidents, Hollywood films, and the world’s most influential men. In fact, my first sewing lesson took place in the Auschwitz concentration camp laundry when I accidently ripped the collar of Nazi soldier shirt. A guard beat me before a kind older inmate taught me how to sew a simple stitch to repair the torn shirt. It was hardly the ideal tailoring apprenticeship, but it was my first lesson in a skill that became my livelihood.

But at 86, another part of honoring my father’s wishes requires being a voice for the voiceless. Indeed, as parents, educators, and citizens, we must all do our part to help ensure that “Never Forget” remains much more than a threadbare catchphrase that gathers dust and loses meaning with each passing year.

For example, many people are surprised to learn that Auschwitz was actually a complex comprised of three main camps and dozens of satellites. The United States Holocaust Memorial Museum’s statistics estimate that between 1940 and 1945, at least 1.1 million Jews and 200,000 of Hitler’s undesirables were sent to the Auschwitz complex. Of those, 1.1 million were murdered. As I’ve noted elsewhere, that number would have been far greater were it not for the courage of the American soldiers, sailors, airmen, and Marines who traveled around the world to defeat a moral darkness that consumed at least six million Jewish souls.

That’s a lesson worthy of remembrance. The 70th anniversary of the liberation marks that moment when freedom conquered barbarism through sureness of virtue and strength of will. Sadly, as recent events reveal, that remains a lesson humanity must learn and relearn from generation to generation.

The word Holocaust means “sacrifice by fire.” May the memory of the millions who were engulfed in the flames like my family never be forgotten.

Martin Greenfield is author of “Measure of a Man: From Auschwitz Survivor to Presidents’ Tailor” (Regnery Publishing, November 10, 2014).