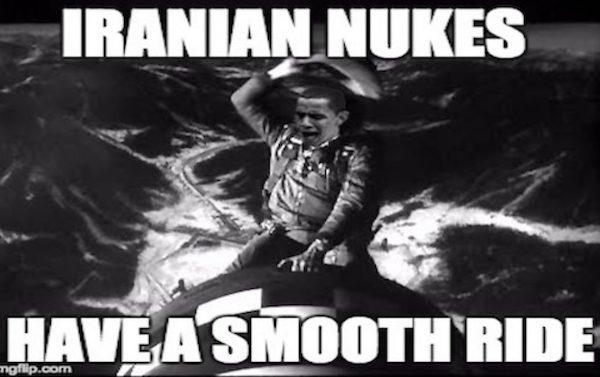 Iran resistance group the National Council of Resistance of Iran (NCRI) who was the first to reveal other elements of the Iran nuclear program revealed on Friday that the rogue regime has not stopped its nuclear weapons program despite the P5+1 nuclear deal negotiated by former secretary of state Kerry, and former President Obama.

The engineering unit for the regime’s nuclear weapons program is called the Organization of Defensive Innovation and Research known by its Persian acronym SPND. The information was gathered by the network of the main Iranian opposition movement, the People’s Mojahedin Organization of Iran, through assets within the Islamic Revolutionary Guard Corps (IRGC), the Defense Ministry, and SPND, and so on. It shows that following the establishment of the Joint Comprehensive Plan of Action (JCPOA) in 2015, not only has the unit remained in place and active, it is now clear that in some fields its activities have even expanded.

The SPND is the unit charged with designing and creating a nuclear weapon. It is broken down into seven subdivisions, each of which responsible for its own portion of nuclear weapons research.

Mohsen Fakhrizadeh Mahabadi, also known as Dr. Hassan Mohseni, is the key individual in the regime’s nuclear weapons program. He is a veteran IRGC brigadier general and continues to head SPND.

According to NCRI each of the seven subdivisions of the SPND has continued their work on the same level as prior to the 2015 nuclear deal..The work is being done at a new location tied to the nuclear weapons project , which had been kept a secret from the International Atomic Energy Agency (IAEA) up to this point. 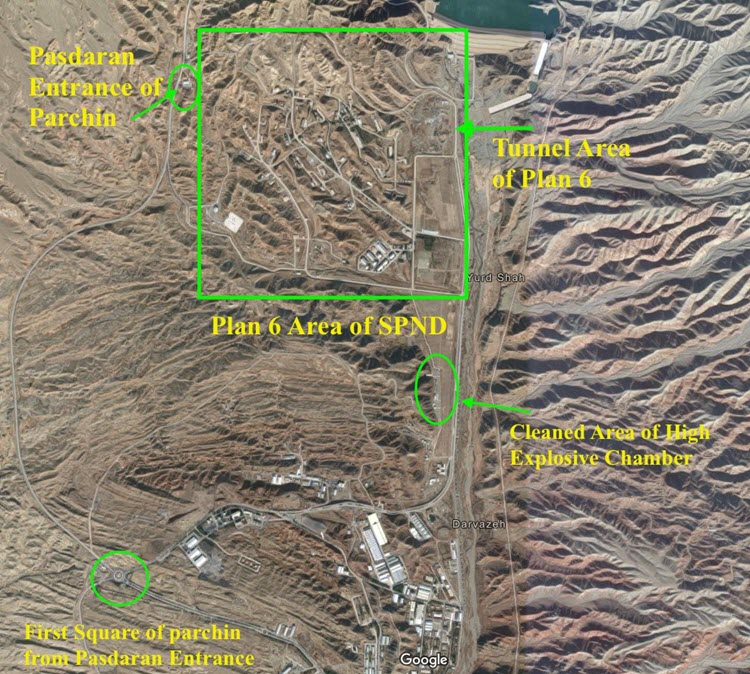 According to Alireza Jafarzadeh, the Deputy Director of the US Representative office of the NCRI two of the seven subdivisions of SPND play the most significant roles:

The first, the Center for Research and Expansion of Technologies on Explosions and Impact (METFAZ), works on the trigger and high-impact and non-conventional explosions. The second, Fakhar Moqaddam Group, works on uranium enrichment and enriched uranium.

According to Jafarzadeh, The director of METFAZ is currently an engineer named Mohammad Ferdowsi, who has been working at the Defense Ministry since 1986 and is a high-explosive expert. At the same time, he is the chairman of the board of directors of the High-Explosive Society of Malek Ashtar University (affiliated with the Defense Ministry).

In September 2009, the NCRI revealed the existence of METFAZ as well as the location of its tests in the Khojir military district in eastern Tehran. The site is located in the Khojir military road leading to the Parchin military industrial site and is adjacent to Sanjarian Village. However, the most recent investigation reveals that METFAZ conducts its main activities in another location, which has thus far remained a secret.

According to Jafarzadeh, the new intelligence by the MEK reveals the existence of a new location, which is identified in SPND’s internal communications with the codename “Research Academy”, or simply “Research”. This location has become the main center for METFAZ’s tests and other activities.

Apparently after the P5+1 deal was agreed to, much of the METFAZ research (and people)  located Sanjarian, were moved the Research Academy within the Parchin military facility.

If Parchin seems familiar, that’s because of the AP report of the secret side deal which allowed Iran to conduct its own nuclear inspections at the Parchin base with no one from the IAEA present.

The International Atomic Energy Agency (IAEA) had long sought access to Parchin which had been suspected of being the location were Iran was developing it’s detonation systems for nuclear weapons. In October 2014 Iran admitted to using Parchin to test exploding bridge wires, which are used as nuclear detonators, but they claimed the test explosions were not for weapons development.

Access is needed needs to clarify the nature and scope of Iran’s past nuclear weapons work. What were the possible military dimensions (PMDs) of Iran’s atomic program? They need to establish what the Iranians did and how far they got, which are the prerequisites to setting up a baseline for an inspection regime against future violations. The Obama administration had promised lawmakers that IAEA inspectors would be able to inspect Parchin and resolve all PMD issues before any final deal was inked. But that didn’t happen; instead they allowed Iran to sign a secret side deal with the IAEA permitting the Iranians to self-inspect the facility rather than grant IAEA inspector robust access.

Now, according to the NCRI there is additional research and development going on at Parchin that the IAEA can’t monitor.

“In order to avoid the leaking of intelligence and information on the Research Academy, the location is under heavy surveillance and control by the IRGC Intelligence’s protection service,” Jafarzadeh said.

Ms. Soona Samsami, the U.S. Representative of the NCRI, commented on the political implications of the new information: “Mrs. Maryam Rajavi, the President-elect of the National Council of Resistance of Iran, has stated time and again, including on November 24, 2013 immediately following the initial agreement of P5+1 with the clerical regime, that if the world powers had acted steadfastly, without economic and political considerations, they could have totally contained the regime’s bomb-making apparatus in that round of negotiations. She had warned: Total implementation of the UN Security Council resolutions, in particular total stop of enrichment, accepting the Additional Protocol, and free and unhindered access of the IAEA inspectors to all suspected centers and facilities, are necessary in order for the regime to give up its drive to acquire nuclear weapons.”

Fox News tried to get independent confirmation of the NCRI analysis of the satellite pictures–so they spoke to two of the most renowned arms control analysts.

David Albright, the trained physicist and former U.N. weapons inspector in Iraq, told Fox News the structures visible in the satellite photography are consistent with a facility that makes high explosives; but he noted that Iran has the right to do so under the JCPOA, and that the imagery yielded no outward sign that Iran was also testing high explosives at the site. Still, he believes the IAEA should press for access there. “The international inspectors should use authorities under the nuclear deal to go and look at this site, and see what’s going on and start to verify a critical part of the nuclear deal,” Albright said, “namely, those activities involved in the development of nuclear weapons.”

Olli Heinonen spent nearly three decades at the IAEA, eventually rising to the level of the number-two official at the agency: deputy director-general. He has traveled to Iran for inspection tours and other business some twenty-five times. He reached a similar assessment about Plan 6, even as both men emphasized the need for more information to make determinative judgments.

“We see that the buildings are surrounded by berms; they are a distance from each other. This is a typical design for a site that works with high explosives,” Heinonen told FoxNews. “I think there are serious questions to be asked [of] the Iranian government. Most likely IAEA should have access to this site.”

The NCRI has been invaluable in exposing some of the most significant parts of the Iranian regime’s nuclear weapons program, including Natanz uranium enrichment and Arak heavy water sites (August 2002), Kalay-e Electric centrifuge assembly and testing facility (February 2003), Lashkar-abad Laser enrichment and Lavizan-Shian site (May 2003), Fordo underground enrichment site (December 2005), and Defensive Innovation and Research Organization, SPND (July 2011).  And this new facility located within Parchin may be one more.