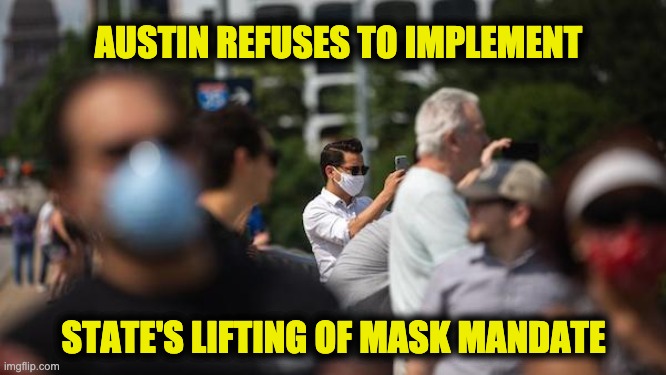 Texas became the first US state to boisterously declare that they would be reopening their economy to full capacity in the coming weeks, but Texas Governor Greg Abbott also declared that there would be no more statewide mask mandate. The City of Austin disagreed and now they are being sued by the state (again). Texas AG sues Austin

The City of Austin is a liberal outpost in a red state. They decided to pass their own mask mandate – citing their belief that the Governor’s presumption was premature.

On Wednesday, the day that the Governor’s order lifting the mask mandate became effective, the Lone Star State’s Attorney General Ken Paxton sent a letter threatening to sue the city over their decision to ignore Governor Abbot.

Over the past 24 hours, Travis County and City of Austin officials announced that local orders requiring individuals to wear face masks while outside their homes will continue unabated, despite the issuance of Governor Abbott’s executive order GA-34, which states that as of today, “no person may be required by any jurisdiction to wear or to mandate the wearing of a face covering.” Additionally, “there are no COVID-19-related operating limits for any business or other establishment,” and local officials may not impose any such limits unless certain conditions are met under Department of State Health Services guidelines. In short, GA-34 has the force and effect of state law and supersedes local rules and regulations.

The decision to require masks or otherwise impose COVID-19-related operating limits is expressly reserved to private businesses on their own premises. It does not rest with jurisdictions like the City of Austin or Travis County or their local health authorities. Nor do they have the authority to threaten fines for non-compliance.

We have already taken you to court under similar circumstances. You lost. If you continue to flout the law in this manner, we’ll take you to court again and you will lose again.

To that end, you and your local health authorities have until 6:00 p.m. today to rescind any local mask mandates or business-operating restrictions, retract any related public statements, and come into full compliance with GA-34. Otherwise, on behalf of the State of Texas, I will sue you.

Texas’ decision has been a controversial one, at least to the left. America’s leftist-in-chief President Biden called the lifting of the mandate  “Neanderthal thinking.” Surprisingly the cancel culture didn’t protest. 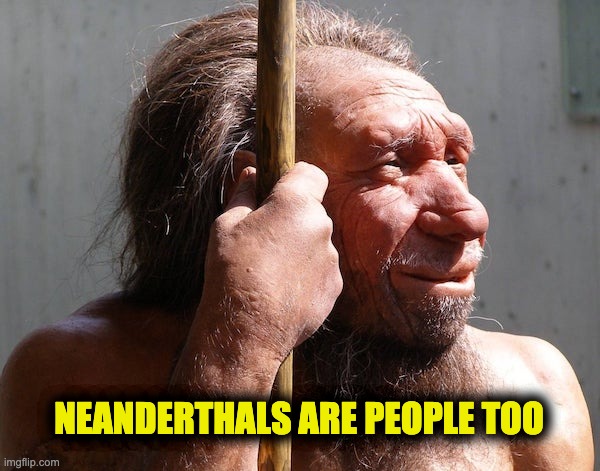 In 2016, Attorney General Paxton filed a lawsuit against the city of Austin for refusing to recognize the State’s licensed carry law.

“A resident with a concealed gun permit complained of being turned away from City Hall on several occasions. Under Texas law, the city of Austin can be fined $1,500 a day for more than 500 days during which the city has barred citizens with a handgun license from bringing handguns into City Hall since the lawsuit was filed. The attorney general’s legal team asked the Travis County district court to impose a total fine of over $750,000.”

In January 2019, the lawsuit was finally heard, and the ” Travis County District Court that the City of Austin violated Texas law when it refused to allow duly-licensed residents to lawfully carry firearms in City Hall. The court also ordered the city to pay a fine to the state of Texas for each day it prevented investigators from the office of the Attorney General from lawfully carrying firearms.”

On Thursday afternoon, Texas AG Ken Paxton is followed through with his threat about following the State’s mask order.

“I told Travis County & The City of Austin to comply with state mask law,” Paxton tweeted. “They blew me off. So, once again, I’m dragging them to court.”

I told Travis County & The City of Austin to comply with state mask law. They blew me off. So, once again, I’m dragging them to court.

Adler will never do the right thing on his own. His obstruction won’t stop me from keeping TX free & open! #ATX https://t.co/crZM7SiN1m

The prediction here is that Austin will be 0 for 2.