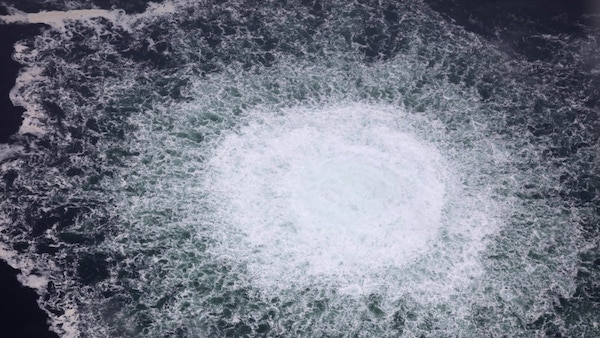 The sabotage of Nordstream is becoming a geopolitical whodunit. Nobody wants to take either credit or blame. Still, an attack as sophisticated as this on an armored pipeline at the bottom of the sea could only be pulled off by a few top-tier international actors. Especially since there were no witnesses to the crime.

Even the common follow-the-money question of ‘who stands to gain by this isn’t so easy to answer.

Like any good whodunit, you could easily present compelling evidence to damn any of the plausible suspects — Russia, USA, Europe, China, Finland, or even Ukraine — and present reasons why each party could use this development either to further a financial goal, a political goal, or a military goal.

Newsmax has an example of positing Putin as the culprit.

Russian President Vladimir Putin has two goals in mind behind the Kremlin’s alleged sabotage of the Nord Stream 2 pipeline, including undermining Western resolve and shipments of weapons to Ukraine and dividing the West, as well as winning the propaganda war around the world, top intelligence expert John Jordan tells Newsmax.

“This is what they’re trying to do: Raise the temperature, increase the fear level in Europe — both in terms of escalation in the nuclear domain — as well as threaten to widen the war into the Baltic and threatening to undermine or negate Europe’s efforts to mitigate the loss of Russian natural gas,” Jordan said on Newsmax’s “John Bachman Now.”
“Because they can’t win on the battlefield, they have to win in these other spheres; and that’s what they’re trying to do.” –NewsMax

That story was given in a direct response to Tucker Carlson’s program reminding the world of a curious statement Joe Biden made about the same pipeline way back in February, in the weeks leading up to Putin’s violation of Ukraine’s sovereignty for a second time.

Biden said there would ‘no longer be a Nordstream 2’ if Putin invaded. Sadly, Joe was late to the party opposing the leverage.

Until we finally came to the brink of war, Senate Democrats, including Chuck Schumer (funded by Putin-aligned lobby groups), consistently blocked Republican legislation proposed by Ted Cruz to reinstate Trump-era sanctions on the Nordstream 2 Pipeline. These are sanctions that had been lifted once Biden took office.