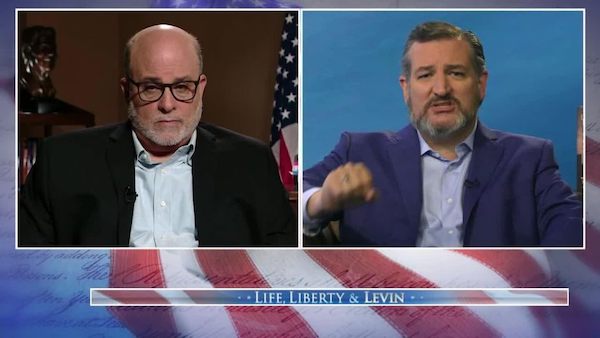 The Republican senator also suggested that these attacks – against her family, against her religion – are only going to escalate.

Upon hearing of Barrett’s nomination, Dana Houle, a Democratic activist, fired off a series of tweets in which she questioned the judge’s choice to adopt two children from Haiti.

“Some adoptions from Haiti were legitimate. Many were sketchy as hell,” she wrote.

Ibram X. Kendi, a Boston University professor and recipient of millions of dollars in donations from Twitter CEO Jack Dorsey, implied Barrett was a “white colonizer.”

Some White colonizers "adopted" Black children. They "civilized" these "savage" children in the "superior" ways of White people, while using them as props in their lifelong pictures of denial, while cutting the biological parents of these children out of the picture of humanity. https://t.co/XBE9rRnoqq

California Senator Dianne Feinstein famously questioned Barrett’s religion, saying “so many of us on this side have this very uncomfortable feeling” about her faith, because “the dogma lives loudly within you.”

Flashback — Dianne Feinstein to Amy Coney Barrett about ACB’s Catholic faith: “When you read your speeches, the conclusion one draws is that the dogma lives loudly within you — and that’s of concern.”pic.twitter.com/aMGjVQRmcS

The left tried desperately to link Barrett’s church to the dystopian novel “The Handmaid’s Tale.”

“We’re already seeing Democratic operatives … attacking her young children, which is despicable and should be totally off-bounds, but the left views the court as … central to their agenda for America,” Cruz said.

“We don’t do that to Democratic nominees,” he asserted.

Senate Minority Leader Chuck Schumer (D-NY), along with many others in his party, has been trying to stall the confirmation of Amy Coney Barrett.

Schumer claims that it would be impossible to hold hearings safely during the pandemic.

Of course, Schumer was perfectly content with holding virtual hearings in an “emergency situation” not all that long ago.

“A virtual hearing is virtually no hearing at all,” Schumer now insists. “You need to be with the witness, and have direct cross-questions and back and forth with them.”

A video of the Cruz interview follows:

Cross-Posted with the Mental Recession.