Teapot Calling the Kettle…? Trump Calls Cruz ‘A Little Bit Of A Maniac’ 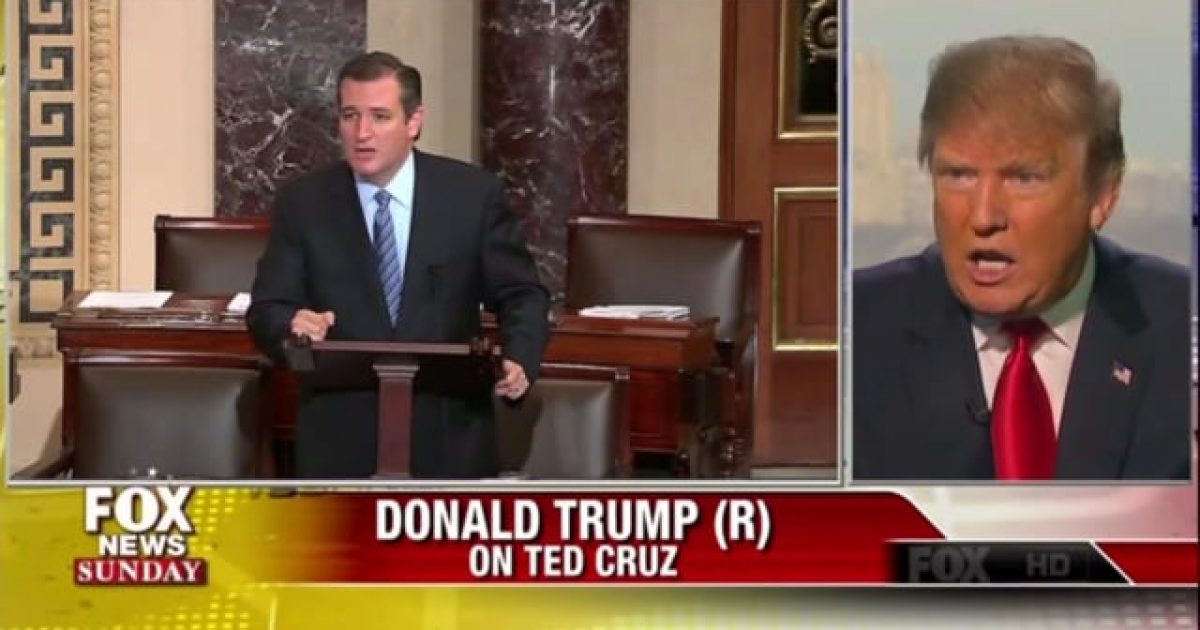 Interviewed by Chris Wallace on Fox News Sunday Donald Trump turned his attacks toward fellow candidate Senator Ted Cruz (R-TX). The strangest part is that he used words often said about Trump and his acid-like declarations.

Wallace: Let’s turn to the campaign. You lead in almost all the polls, except for a couple in Iowa where Ted Cruz is lightly ahead of you. This week Ted Cruz apparently told some supporters that he questions your judgment to be president. What do you think of Ted Cruz?
Trump: Well, do you know he said it behind my back, somebody taped that conversation. He said it behind my back. That’s okay. I don’t think he’s qualified to be president.

Trump:  Because I don’t think he has the right temperament, the right judgment.

Wallace: What’s wrong with his temperament.

Trump: The way he’s dealt with the senate, where he goes in frankly like a bit of a maniac. You never get things done that way. I built a phenomenon business, I have some of the greatest assets anywhere in the world. You can’t walk into the senate and scream and call people liars and not be able to cajole and get along with people. He’ll never get anything done. That’s the problem with Ted.

Trump certainly has a point when he talks about Cruz talking behind his back. Interestingly when it was first disclosed Trump held his tongue but didn’t start trashing Cruz until the Texas senator took a 10-point lead in an Iowa poll.

But Trump’s words about Cruz being a maniac because he called people liars is a bit disingenuous . He’s not only trashed congressional politicians, but foreign countries as well. Does he really think that his sometimes verbiage will allow him to work with congress? Will it allow him to work with Mexico or China (who holds trillions of dollars of American debt)? Heck he called Iowa voters stupid.

Ted Cruz may have made things difficult for him to deal with Mitch McConnell when he called him a liar and certainly his comments weren’t very “political.”  But one comment about the Senate majority leader does not equal Trump’s constant name calling about total classes of people. I agree with both Trump and Cruz that illegal immigration has to be stopped now, I agree with them that ISIS must be crushed today, I even agree that the establishment of the party must be taught a lesson— however if anybody’s words would classify them as a “bit of a maniac” that would be “The Donald.”