Team Hillary Trying To Blame Scandal On GOP, But Dems Freaking Out Anyway 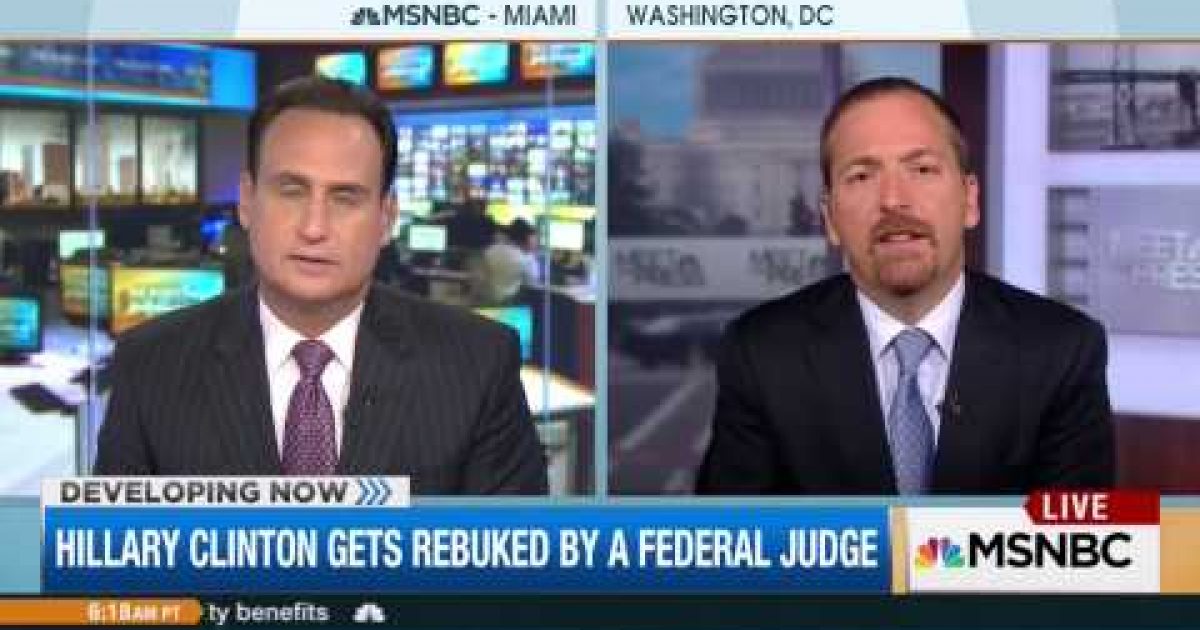 “The natives are getting restless!” The Democratic Party natives anyway. Chuck Todd was a Friday guest on Jose’ Diaz Balart’s MSNBC show and talked about the nervousness in the Democratic Party over the email scandal. It’s getting so bad that Hillary is sending her team out from Brooklyn to D.C. to calm them down.  But still Dems are starting to freak as proven by the fact that they are starting to criticize the Clinton camp publicly.

Transcript and video of the segment follows:

Clinton press SPOX Brian Fallon on video: We fully expect republicans are going to want to talk about Hillary Clinton’s e-mails. The reason is because they can’t talk about growing their economy. But that’s what Hillary Clinton is fighting for.

Diaz’-Balart: That video is the latest attempt by Hillary Clinton’s campaign to squash the ongoing coverage surrounding her e-mails, but the headlines this morning aren’t good for her. A federal judge is calling her use of a private server a, quote, “violation of government guidelines”. Meanwhile, several Democrats tell NBC news they’re getting jittery. It’s circling back to vice president Joe Biden. A new poll showing a majority of democrats want him to run, but the window to get in the race is closing quickly. With me now is NBC’s political director and moderator of “Meet The Press,” Chuck Todd.

Todd: How are you doing?

Diaz’-Balart: Doing great. If you’re Clinton’s strategist, what are you thinking and how do you go forward?

Todd: You’re thinking the way Brian Fallen is thinking, which is they’re trying to make this into a partisan attack. They’re trying to reassure Democrats behind the scenes a whole bunch of Clinton operatives have flown from Brooklyn to D.C. to try and sort of do some hand holding here, to try to calm things down, saying “no, no, this is nothing but politics. They’ll get through this.” But I tell you, last week, you had Democrats privately complaining. This week, they’re going public. You had a senior Senator from Florida Bill Nelson telling the Associated Press he believes the campaign hasn’t handled this well. A long time member of congress John Yarmuth from Kentucky he’s not somebody who regularly trolls other Democrats. This is a Democrat from Louisville he went even further. He’s so concerned about the e-mail story he went public saying this could upend her campaign. And that he himself was confused about the facts. I talked to the Clinton campaign. They acknowledged this is getting confusing for folks. Part of the problem I think Jose’ is I think they’re spending more time trying to legally spin things, talking about knowingly and unknowingly, what was marked classified what wasn’t, at this time, phrases like that which all are important to avoid a criminal investigation. But it’s not doing anything to help them on the political front