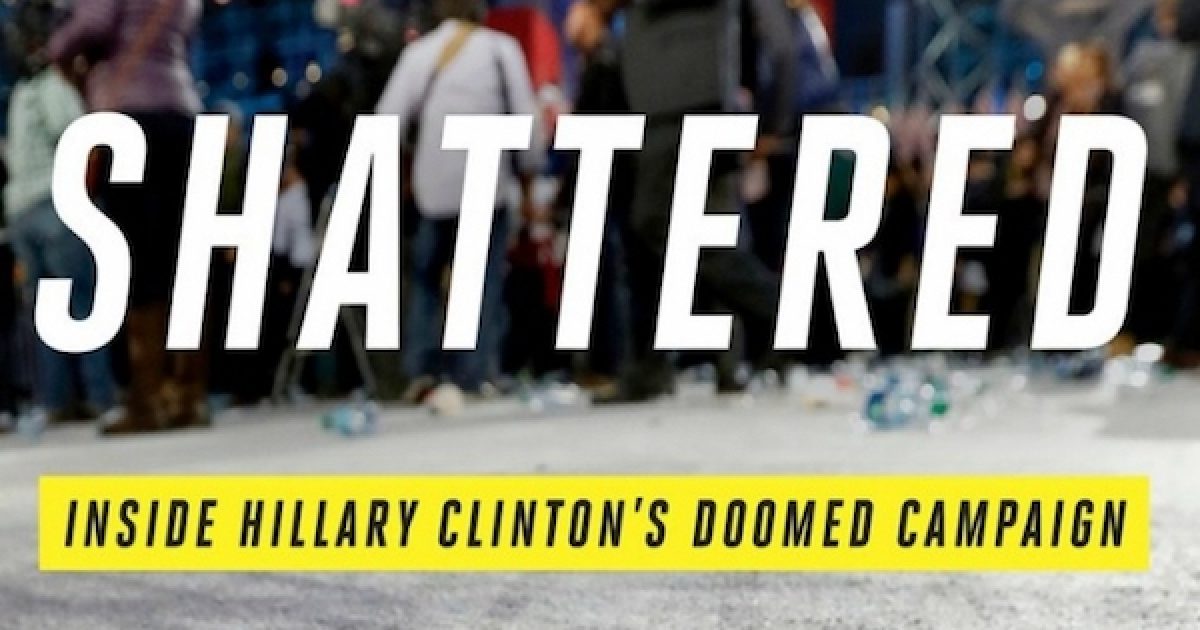 The Washington Post reported that the funding for Trump Dossier research was paid for in a large part by the Hillary Clinton campaign and the DNC. None the info in the dossier was ever proven to be true, but when leaked the document was said to have “revealed” ties between Team Trump and Russia.  Hillary Clinton’s team took that dossier information and used it to create the fake Russia scandal immediately their hero was defeated by Donald Trump

According to the book “Shattered” written by Liberal Jonathan Allen who is a Politico editor, and Amy Parnes who writes for The Hill the Clinton Campaign hatched the Russia narrative 24 hours after her loss as an excuse for their campaign failure! After the Hillary loss, they began an incredible marketing effort with the help of every Democrat and the mainstream media.

The authors spoke to multiple campaign sources and Clinton campaign staffers to write the book, and this section highlights how the Russia scandal story became Clinton’s strategy for explaining her losing the campaign she was supposed to win, was invented in the late night hours by campaign managers John Podesta and Robbie Mook.

On a phone call with a longtime friend a couple of days after the election, Hillary was much less accepting of her defeat. She put a fine point on the factors she believed cost her the presidency: the FBI (Comey), the KGB (the old name for Russia’s intelligence service), and the KKK (the support Trump got from white nationalists).

“I’m angry,” Hillary told her friend. And exhausted. After two brutal campaigns against Sanders and Trump, Hillary now had to explain the failure to friends in a seemingly endless round of phone calls. That was taking a toll on her already weary and grief-stricken soul. But mostly, she was mad— mad that she’d lost and that the country would have to endure a Trump presidency.

The authors detail how Clinton went out of her way to pass blame for her stunning loss to “Comey and Russia.”

“She wants to make sure all these narratives get spun the right way,” a longtime Clinton confidant is quoted as saying.

The book further highlights how Clinton’s Russia-blame-game was a plan hatched by senior campaign staffers John Podesta and Robby Mook, less than “within twenty-four hours” after she conceded:

The Clinton camp settled on a two-pronged plan — pushing the press to cover how “Russian hacking was the major unreported story of the campaign, overshadowed by the contents of stolen e-mails and Hillary’s own private-server imbroglio,” while “hammering the media for focusing so intently on the investigation into her e-mail, which had created a cloud over her candidacy,” the authors wrote.

“The press botched the e-mail story for eighteen months,” one person who was part of the strategy is quoted as saying. “Comey obviously screwed us, but the press created the story.”

Sadly this entire Russia scandal story is proof that Vladimir Lenin was correct when he said A lie told often enough becomes the truth. The MSM bought the lie, hook, line, and sinker, and it is only now a year later that the truth is coming out thanks to The Hill’s reporting on Clinton’s collusion with Russia and the sale of Uranium One.