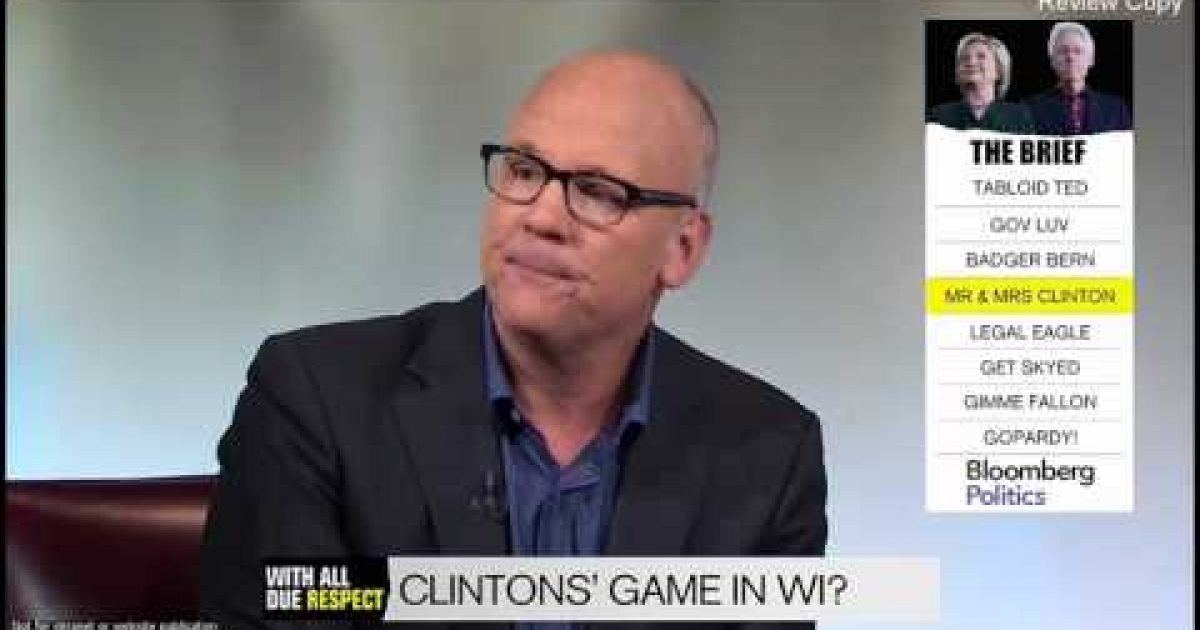 Next Tuesday, voters will go to the polls in Wisconsin and on the Democratic Party side they will vote for either Hillary Clinton or Bernie Sanders. But based on recent activity, it seems as if Team Clinton is conceding the Badger State and is worried about the state she used to “represent” in the Senate, New York.

Polls show Wisconsin to be a competitive contest. A Marquette University poll from last month showed Sanders and Clinton roughly tied at 44-43 respectively, while an Emerson poll showed Clinton up by 6% (50%-44%).

With only a few days out from the Wisconsin’s primary and a competitive race, Ms. Clinton has moved her campaign to New York, a state where she is supposedly very popular (amongst Democrats) and as of now she has no plans to be  back in Wisconsin before the primary. A strange move–unless of course she considers it a lost cause.

By “getting out of dodge,” as Mark Halperin put it on “With All Due Respect,” Clinton is sending a signal that she doesn’t think she can win Wisconsin. Her campaign never sent husband Bill, who won the state both in 1992 and 1996, to campaign there, nor have they announced any future events before the April 5 primary.

Instead, Clinton is heading to New York, where she will attempt to hold off possible Sanders in her so-called “home state.” Note, incase his accent didn’t make you realize it,  Bernie Sanders grew up in New York.

But by skipping Wisconsin, Clinton potentially cedes momentum to Sanders heading into the Empire State. And may indicate her team is a bit worried about NY.

With 247 delegates at stake, New York is the biggest prize left in the Democratic primary race except for California, whose primary is set for June 7. Mrs. Clinton has a campaign appearance at the Apollo Theater in Harlem on Wednesday at which she will mention some of the same points raised in the ad, an aide says. Her husband, former President Bill Clinton, has a series of campaign appearances in New York on Thursday.

But it’s the state where she was elected to the senate twice.  Her continued popularity is supported by strong poll numbers, the most recent polls show Ms. Clinton with a 30%+ lead in NY.

Despite what seems to be her strength in New York, the Hillary Clinton is actually running TV ads in New York. The ads attack Trump instead of Sanders, but nevertheless she is spending money in an expensive media state where she should be having a very easy victory.  But New York Democrats are more liberal than the average progressive, and should be receptive to Sanders. Running ads may be an indication that internal polls for the Empire State are worrying her campaign and she needs to reverse Sanders’ momentum in the contest almost three weeks away on April 19th.

Despite the best efforts of Debbie Wasserman Schultz and the Democratic Party establishment, when the party convenes in Philadelphia, Pennsylvania at the end of July things may not be as settled as most people predict.