What Are They Trying To Hide? 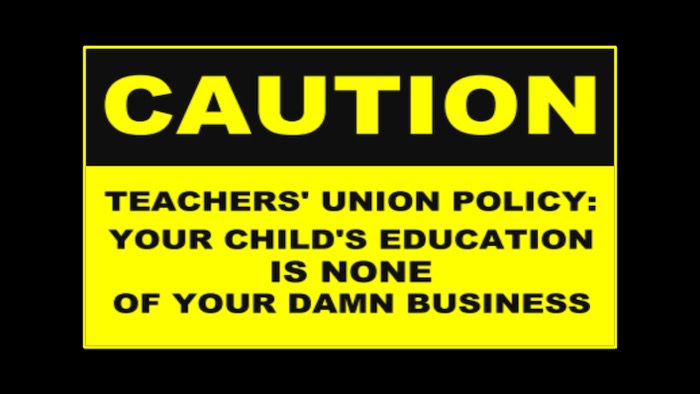 One Rhode Island parent has found herself on the wrong side of the teachers’ union for requesting a trove of documents on Critical Race Theory in her local elementary school — but she’s not backing down.  Teachers’ Union Sues Mom

Nicole Solas, a stay-at-home mom from Rhode Island, like many parents, is very concerned about the introduction of Critical Race Theory as the lens through which social studies and history is being taught to young, impressionable children.

In April, Solas sent a long email to the principal of her daughter’s school, Wakefield Elementary, asking for records of how Critical Race Theory (CRT) is being introduced to students.

She continued to make requests for documents including the names of books and their authors that are in the school library or in classrooms. Solas filed her request through Rhode Island’s Access to Public Records Act, which gives individuals the right to see and obtain public records — including some email exchanges.

By June 2, Solas had filed more than 200 requests. The National Education Association Rhode Island (NEARI) was clearly fed up with her demands for information and filed a lawsuit claiming that her requests would put teachers “at-risk” for harassment and that her demands violate teachers’ individual privacy rights. Proving once again the Teachers’ Unions don’t care about a parent’s right to be involved in their kids’ education.

On Thursday, Solas announced on Twitter that the union filed a lawsuit against her request to find out what her child is being taught.

Today the teacher union NEA filed ANOTHER lawsuit against me – this time a Temporary Restraining Order and Preliminary Injunction. Will teacher unions bullying moms be an everyday thing now? pic.twitter.com/6WxQ8KTAFD

Exactly what is the Teachers’ union trying to hide? They claimed they’re frightened the teachers will be harmed.

“We are asking the Court to conduct a balancing test to determine whether our members’ privacy rights outweigh the public interest,” said Jennifer Azevedo, who serves as deputy director of the National Education Association Rhode Island (NEARI). “We believe they do, and those records should either not be disclosed or should be redacted accordingly.”

In a filing dated Thursday, NEARI requested a temporary restraining order and preliminary injunction from the state’s superior court. Both Solas and employees of the school district are named as defendants.

Solas fired back, telling Fox News, “You cannot be employed by the state and also demand immunity from public scrutiny. That’s not how open government works in America. Academic transparency is not a collective bargaining negotiation. It’s a parental right.”

Not only is it a right, but educators used to beg parents to be involved with their children’s schooling including understanding the curriculum so the school work could be reinforced at home.  But now the teachers’ union wants parents to sit down, shut up, and stay out of their childrens’ business.

NEARI’s verified complaint, which was filed Monday, states: “Given the circumstances of the requests, it is likely that any teachers who are identifiable and have engaged in discussions about things like critical race theory will then be the subject of teacher harassment by national conservative groups opposed to critical race theory.”

Cornell law professor William Jacobson also argued that “[t]his lawsuit makes little sense on its face. The unions purport to be protecting their members’ non-public documents and information, but the public records law only applies to “public records” as defined under the statute.”

It looks like the teachers’ union’s suing a parent for being “too involved” in her child’s education, going against the usual recommendation for parent involvement.

Is it an overwhelming amount of requests? Sure. Maybe if teachers and school boards were a bit more transparent, this sort of thing wouldn’t be necessary. But we see this kind of thing happening now because they’ve been hiding this anti-American teaching for years and dismiss it as a “right-wing conspiracy theory” when any evidence of it leaks out.

If there is one, the tiny bright side to the lockdowns, it’s that “virtual school” exposed what has been happening for years in public schools, and parents finally saw it. The public education system doesn’t like that.

That’s because they’re not really educating kids anymore — they’re indoctrinating them. They’re the “experts” and parents should just shut up and take it…or else.

This attitude that the “experts” know better than you do about what’s right for your kids is defended by leftists everywhere, including lunkheads in Hollywood whose skillset is limited to reading other people’s words in a believable way. Compounding the issue are school administrations who want parents to stay out of their kid’s business just because they want to save money—something The Lid learned when his kids, both of whom had learning disorders, were in public school.

Public education in North America has become an indoctrination tool for leftists, and they’ve carved out a lot of the “education” part of schooling and replaced it with “woke” ideology.