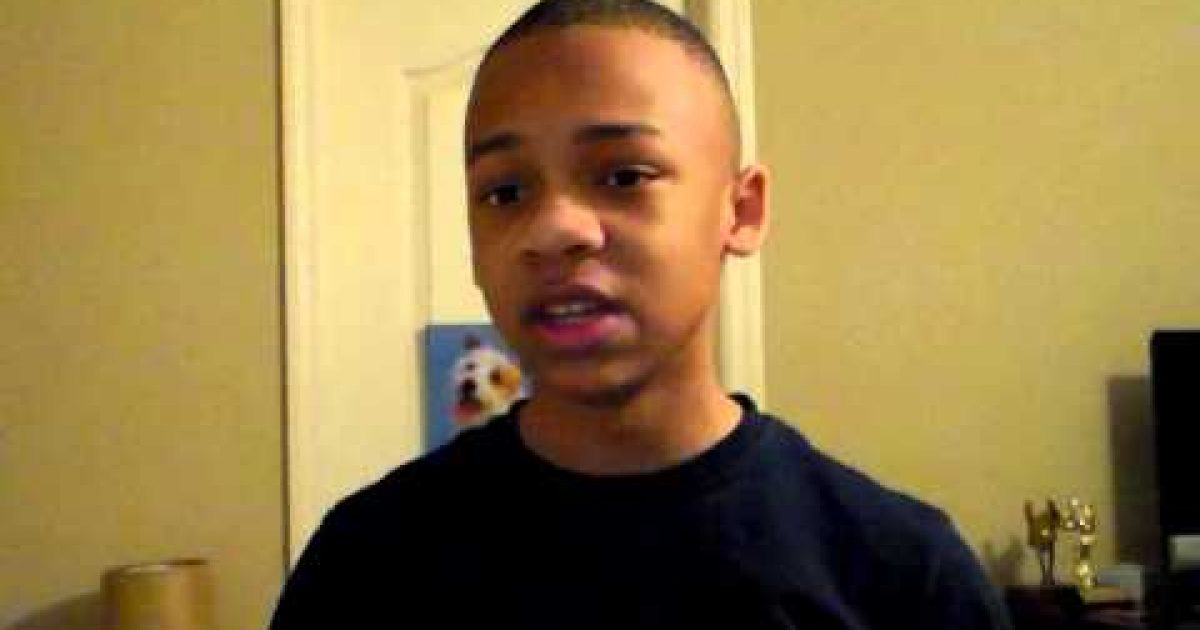 Originally seen at Liberty Unyielding  (Updated by The Lid 10/18)

Remove the word conservative from the title of this post, and Al Sharpton would be on his way to Columbia County, Ga., with Black Lives Matter and the mainstream media in tow. But since the student in question is CJ Pearson, the 13-year-old whose viral videos have dared to criticize Barack Obama and #BLM itself (see video below), the left will (dis)respectfully pass, thank you.

The Augusta Chronicle, one of a handful of sources to touch the story, reports:

Columbia County schools Superintendent Sandra Carraway said officials conducted an investigation into allegations made by 13-year-old , an eighth-grader and conservative political activist, whose YouTube video commentaries have racked up millions of views in recent months.

Pearson recently posted allegations that his former sixth-grade teacher, Michael Garrison, made disparaging remarks about him to a classroom of students. The remarks were relayed to Pearson by another student on Facebook, Carraway said. The girl told Pearson that Garrison said Pearson had “copied and pasted vocabulary” words and sent them out to his sixth-grade science class, sharing material he should not have, and that Garrison said Pearson thought he was “all that and a bag of chips” and “not worth saving in a fire.”

The article goes on to note that the 25 children in the class were interviewed and that, while Carraway was able to verify that Garrison had made the comments about the vocabulary test, nothing beyond that could be borne out.

This was brought to our attention after it was posted on social media. [We] will conduct a full review of the allegations. … Columbia Middle School believes all students should be taught in a safe and positive environment.

Putnam’s statement concluded with the assurance that “if the claims are substantiated, we will handle the issue as a personnel matter.” In other words, regardless of whether the teacher made this outrageous statement or not, the matter will be treated internally. Not that the ACLU was rushing down to Columbia County anyway.

“It’s always great having a teacher that’s not only a liberal bully, but someone who engages in slander,” he said.

Pearson, who has become a social media sensation with several viral videos, tens of thousands of followers and numerous appearances on Fox News, said he expects criticism but when that criticism comes from a teacher, it crosses the line.

“My words are bold and I don’t expect everyone to agree. But to have a teacher say this about me? Completely inexcusable. I hope the Columbia County School District addresses this,” Pearson said.

“Also, our school has zero tolerance bullying standard for students. I hope that standard isn’t easily forgotten when it comes to teachers.”

Pearson’s most controversial video, questioning whether Obama loves America is embedded below:

POOR SPORTS: Antisemitism Rears Its Head In Yet Another Olympic Contest
Clash Daily

Letter to rich white parents: Keep your kids out of Ivy League schools to make room for POC … or else
July 26th, 2021 Liberty Unyielding

Taking On School Board Tyrants – This Is How You Do It!
July 26th, 2021 Sons of Liberty Media