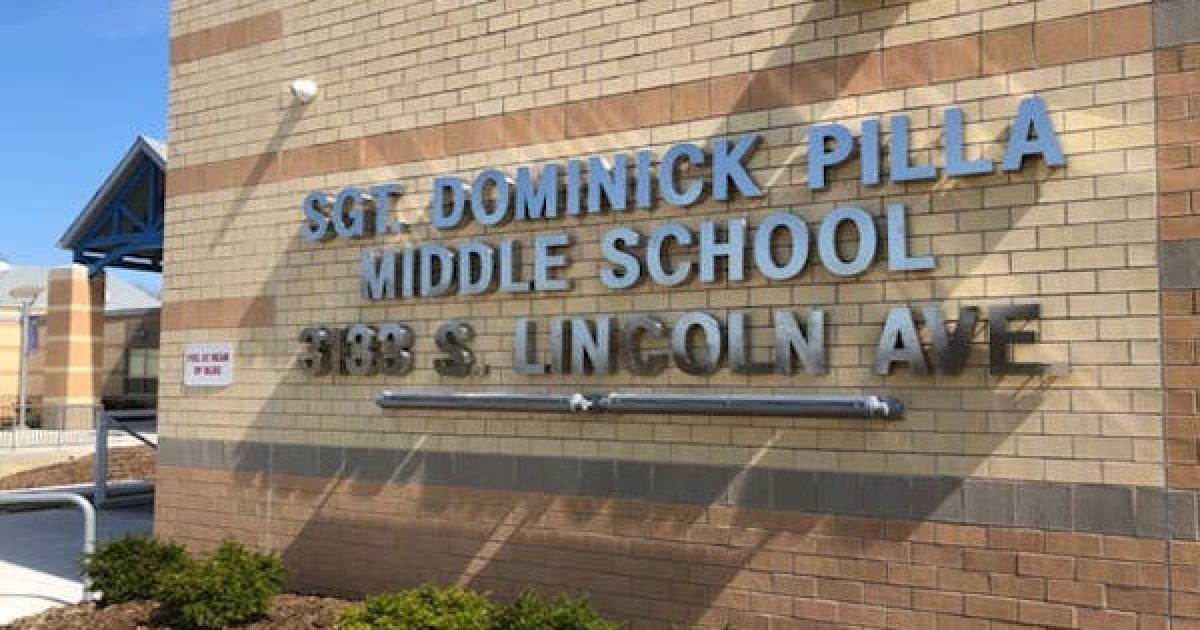 “That type of behavior offends me,” said Randy London, a U.S Coast Guard veteran stepping to the podium during Wednesday’s school board meeting. “I’m not saying anyone needs to agree with everything, but if that is the district’s policy, there should be no teacher … taking a knee during the Pledge of Allegiance.”

Parents of a group of middle school-aged kids in a New Jersey town are furious that a teacher who was constantly taking a knee during the Pledge of Allegiance in front of the kids in the classroom during morning announcements.

The repeated kneeling took place at the Sgt. Dominick Pilla Middle School in Vineland, New Jersey, according to the Vineland Daily Journal. The school was named for a U.S. Army Ranger who died in 1993 during a mission in Somalia.

After weeks of the behavior, parents finally started getting wind of the teacher’s anti-American activism.

According to the Journal, parents are finally speaking out against the teacher and the school district.

Like many other school districts trying to extricate themselves out of these sorts of troubles, the district suddenly hid behind rules that the issue is an “employee matter” and they couldn’t talk about it in public.

“Like any problematic issue, the district is exploring options to address this situation in fairness to all involved and with utmost concern for the students,” said Joseph Rossi, the district’s personnel manager.

But another Vineland resident, Ron Maccri, was disgusted by the whole thing. “Teachers are paid to educate our students, they’re not paid to indoctrinate our students,” Maccri said. “What this woman is doing would be bad in any school, but because it’s in the (Sgt.) Dominick Pilla School — who gave his life for our military — it’s reprehensible.”

Maccri went on to demand that the district do something to stop the teacher from her un-American activism in front of the kids.

Some members of the school board claimed that the teacher’s actions were okay because she never told the kids they should take a knee, too. But many parents said they don’t want ANY sort of political activism by teachers and that such actions are wholly inappropriate no matter what their political direction.

And the district finally took action. According to the district’s executive director of personnel, Joseph Rossi, who said the principal “reassigned homeroom oversight so the teacher would have alternate duties during opening announcements. The district and the teacher agree that this is a reasonable solution for all parties,” Rossi said.